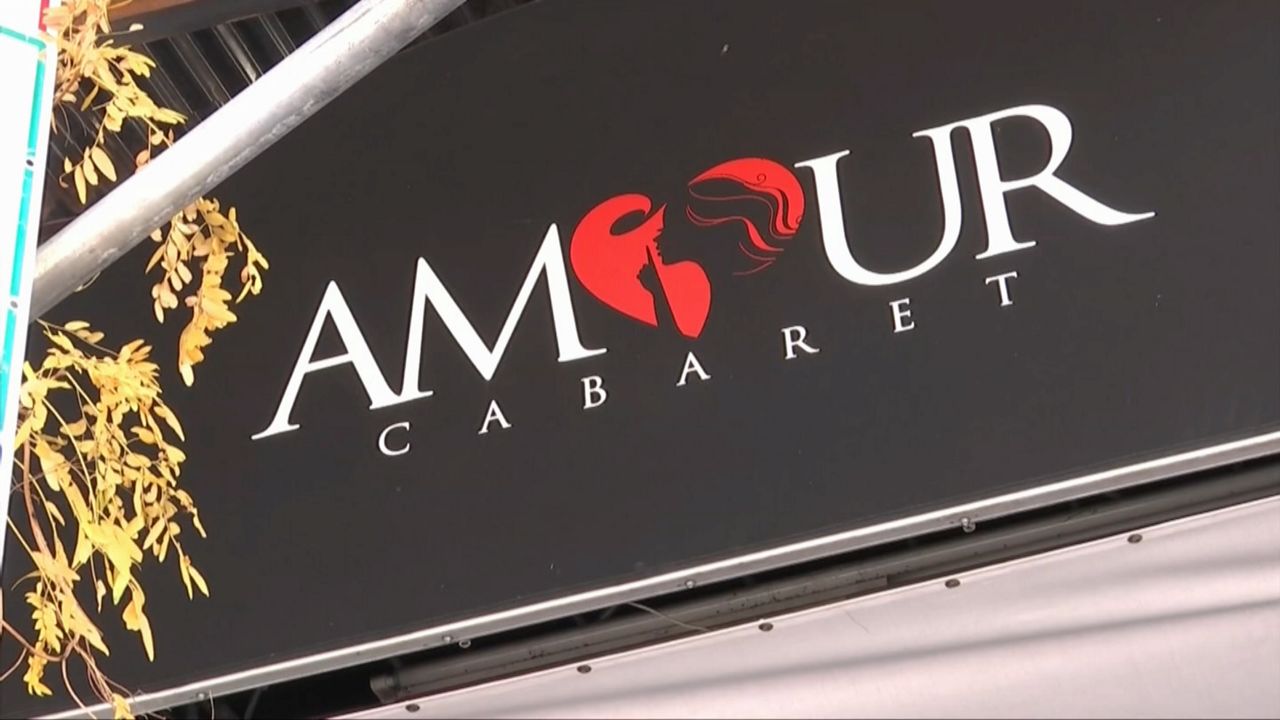 BROOKLYN, N.Y. - Members of the clergy and local residents this week raised their voices in protest and in prayer, rallying against Amour Cabaret, a gentlemen's club on Nostrand Avenue.

"Father we need a divine intervention. We need you to go around that corner and close down that establishment. That establishment is corrupting our community,” said Reverend Vivian Donaldson with Little Bethel Church of God in Christ.

While the gate is down and padlocked during the day, the space comes alive at night. Residents say the place is hopping seven nights a week.

"People probably don't even realize what's going on out here because this takes place after 11 at night. A lot of businesses have already closed up and gone home,” said former State Assemblywoman Annette Robinson.

Residents say since the club opened about a year ago, they have complained to the city, but nothing has been done. They add their complaints have added urgency after a mass shooting occurred at an illegal gambling club in nearby Crown Heights.

"We saw four people murdered a couple of weeks ago maybe 10 blocks away at an illegal gambling establishment. This is an illegal adult entertainment establishment and it needs to be removed from our community,” said Reverend W. Taharka Robinson with New Life Tabernacle Church.

Amour Cabaret has an Instagram page calling itself a "bikini bar," listing its hours as 11 p.m. to 4 a.m. and showing photos of barely-clad women.

The club also is reviewed on Yelp. One reviewer wrote in February, "Great strip club, minus not having beer, not taking credit cards, and no atm. But the bartenders are fine and strippers are too."

Amour Cabaret tells NY1 it’s not a strip club but an entertainment venue and that it’s a good neighbor and serves alcohol responsibly. The city Buildings Department says it's aware of complaints at this location but hasn't been able to get inside to inspect it.

"It should've been closed as of yesterday,” said Reverend Donaldson.

The NYPD says it will work with city agencies to address the issues and conduct appropriate enforcement. The protesters say they'll continue to take to the streets.

Pastor Robinson says his next protest will be here on Saturday night.