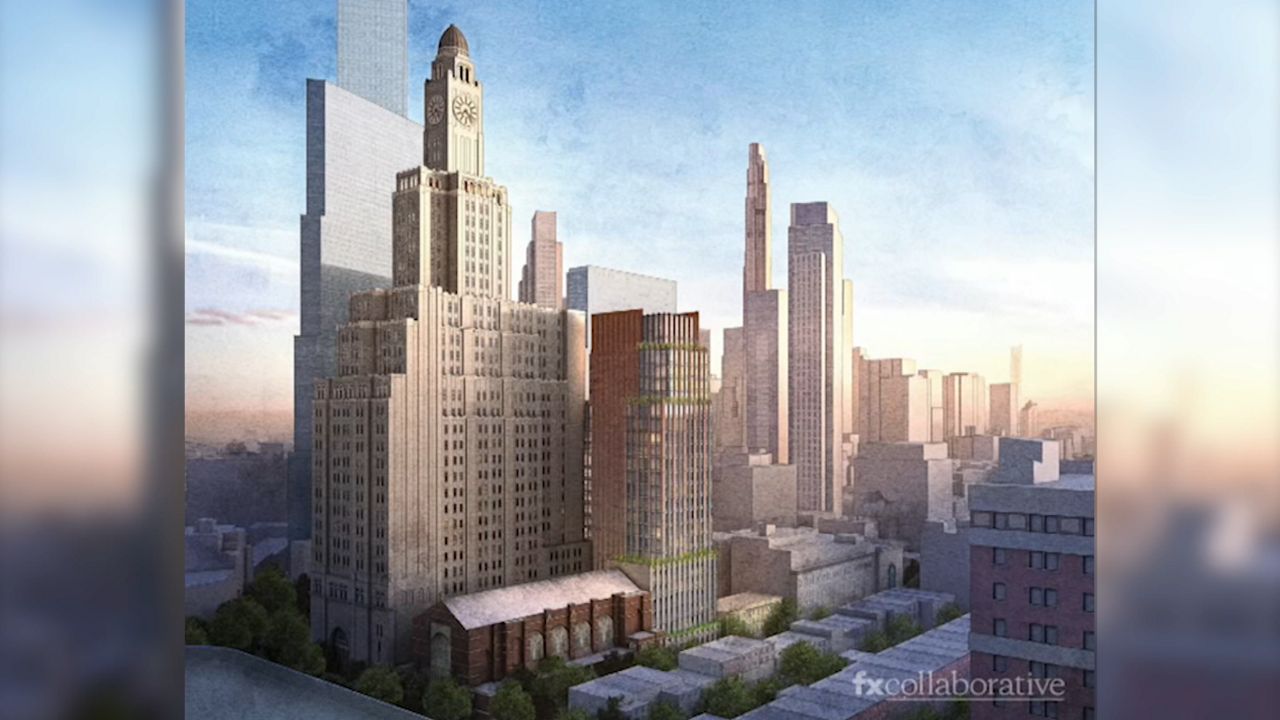 Blair Green has played piano since he was seven. The Fort Greene resident learned how to play at the Brooklyn Music School. His first lesson was 15 years ago.

Since its founding in 1912, the Brooklyn Music School has taught generations of kids. Today, more than half come from families below the poverty line.

Spread across four townhouses on St Felix Street, the school plans to expand into a new headquarters on the lot next door.

"The project is going to result in doubling the available performing space,” says Shelby Green, who’s on the Brooklyn Music School Board of Trustees. “It's going to enable the school to offer electronic music instruction, which is really popular with young people today.”

The state-of-the-art music space would cost $15 million and take up two floors of a 24-story building proposed by the Gotham Organization. The complex also would have 120 condominiums with a third of them sold at below-market prices. The site has been a loading area for the Brooklyn Academy of Music. Developers see the school space as adding to the local cultural district.

"We would have a primary entrance for the Brooklyn Music School along here on St. Felix, with the concept of having an additional entrance on Ashland Place to really create an extension of the civic role of cultural institutions”, says Bryan Kelly, the executive vice president of development at the Gotham Organization.

However, at 24 stories, the building would be out of scale for St. Felix Street, which is part of a historic landmark district. It would rise alongside the iconic former Williamsburg Savings Bank and a historic church.  It would need a city rezoning and Landmarks Preservation Commission approval to move forward. Preservationists have not yet weighed in on the plan.

"We recall some of the art deco language of those buildings and sort of interpret that in a more modern way that helps to tie all three of those buildings together. And then provides a great street level pedestrian scale here on St. Felix,” says FXCollaborative Architect Jim Bushong.

The developers have not yet submitted their plans for the required city reviews. But developers hope they can break ground by 2021. $7 million of the school's cost would come from selling air rights over its townhouses to Gotham.

The application for the new headquarters is expected to be submitted to the City Planning Commission next week.