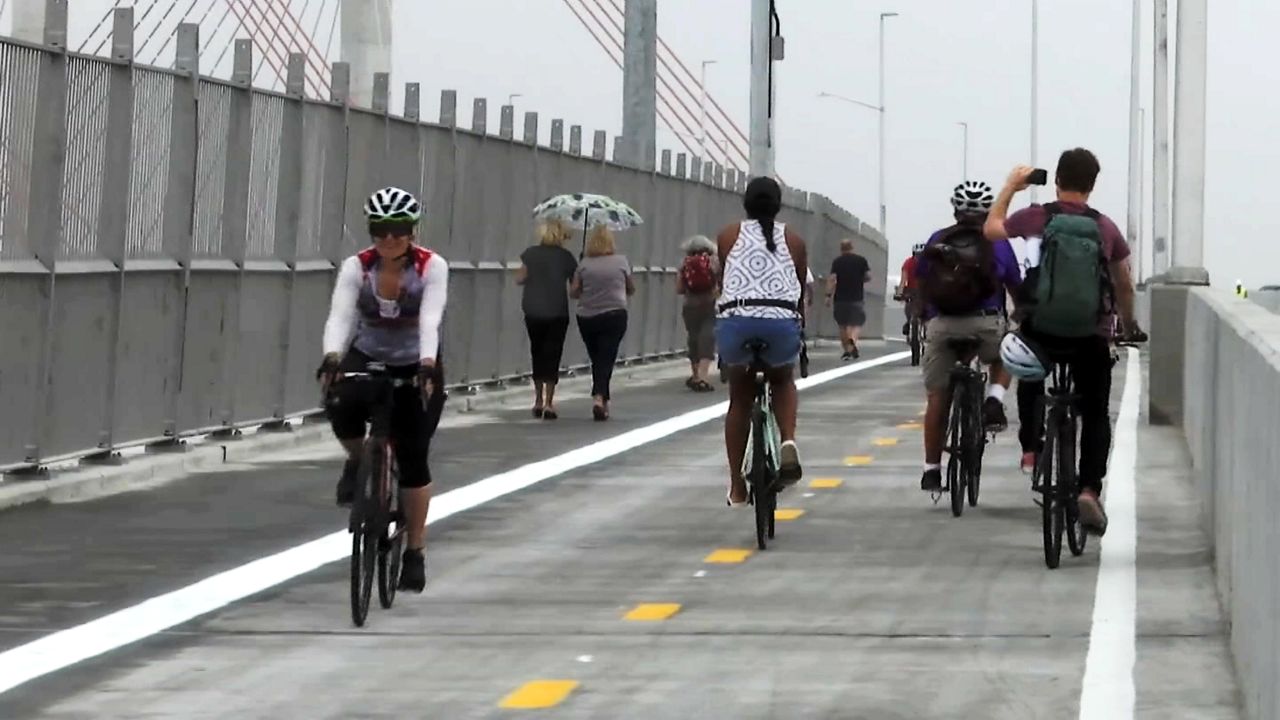 What the New Kosciuszko Bridge Has to Offer

NEW YORK - Cyclists were among the first groups to cross the newly opened span of the Kosciuszko Bridge on Wednesday.

"It's wide. It's not too steep. It's very nice," said cyclist Peter Morales.

"It's exciting because we had our share of loss and tragedies recently and it's nice to have something to celebrate. And this bridge and pass is really impressive. We're going to be leading a lot of rides over it," said Allan Friedman, president of the Five Borough Bike Club.

Governor Andrew Cuomo ceremoniously cut the ribbon on the $873 nillion project that the state says came in on budget and ahead of schedule. More expansive than the old one, the new bridge features the 20 foot wide walk and bike paths and nine lanes of traffic connecting Brooklyn and Queens.

Expected to reduce delays by 65 percent, it fully opened on Thursday.

The state is also committing $7 million to build a park under the bridge. On Wednesday, it was a preview day for pedestrians and cyclists to cross over the bridge and take in the sights.

"It's really a revelation to see all of this for the first time really," said visitor Kevin Walsh.

"It was phenomenal. I mean the views of the Newtown Creek, the industry sort of the underbelly of New York City is happening right under the bridge," said visitor Katherine Thompson.

There was even a first dog walk.

"It's a a beautiful view of the city, the skyline. It never gets old. We're excited," said visitor Luis Terreros.

Those who usually drive say they are looking forward to a smoother ride.

"Everyone knows it's a pain point once you hit the Kosciuszko Bridge which I now know how to pronounce properly after this. It's Kosciuszko," said Samara Karasyk, a driver.

Cyclists say it serves as a direct route.

"It's great to be able to get to Brooklyn an easy way rather than to snake all the way around Grand Avenue," said Don Pasadeno, a cyclist.

If the preview was an indication, this pathway will be well traveled.

The bike and pedestrian lanes are located on the north side of the bridge with an access point in Brooklyn on Van Dam Street and Meeker Avenue.