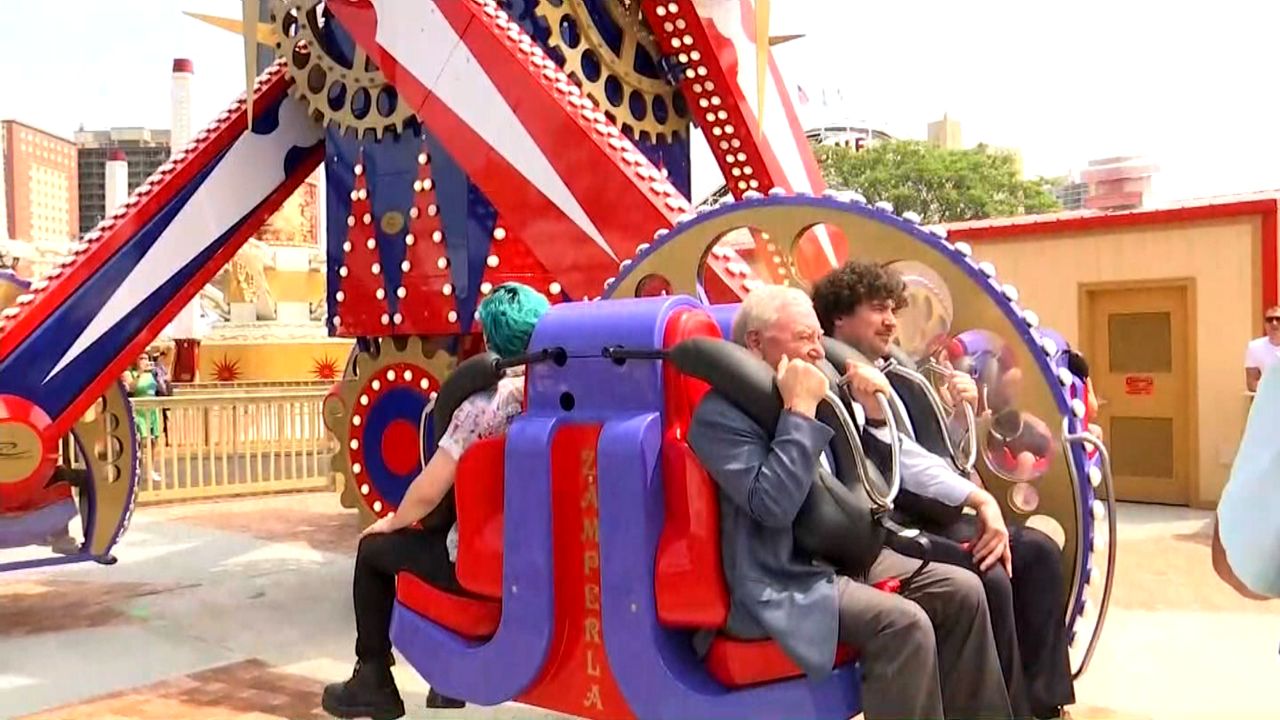 Luna Park has its staple attractions like the Cyclone, and the fan favorites. Now, visitors have two new reasons to visit the Coney Island Amusement Park.

The park's owners debuted a pair of new rides to the public on Sunday.

First up was The Atlantic Aviator, a newer version of an old ride called Air Race. Technical issues delayed the inaugural ride for about a half hour, but parkgoers were still pleased when they were cleared for takeoff.

"It was really fun, definitely an improvement to the original model," said one parkgoer.

Up next, Clockworkz, which made its worldwide debut.

Luna Park calla the Clockworkz a family friendly ride, but my photographer and I can tell you that doesn't mean thrill seekers won't like it.

"It was fun and scary at the same time," said another.

The park's owners say they strive to have at least one new ride a year. Park patrons appreciate the effort.

"We haven't been in a while, so it was one of the reasons we came here today, but it's nice to have some new rides in with the old ones," said one parkgoer.

Younger visitors say it keeps them guessing, and full of anticipation for the next summer season.

"You have to wait for what Coney Island's going to release next," said one parkgoer.