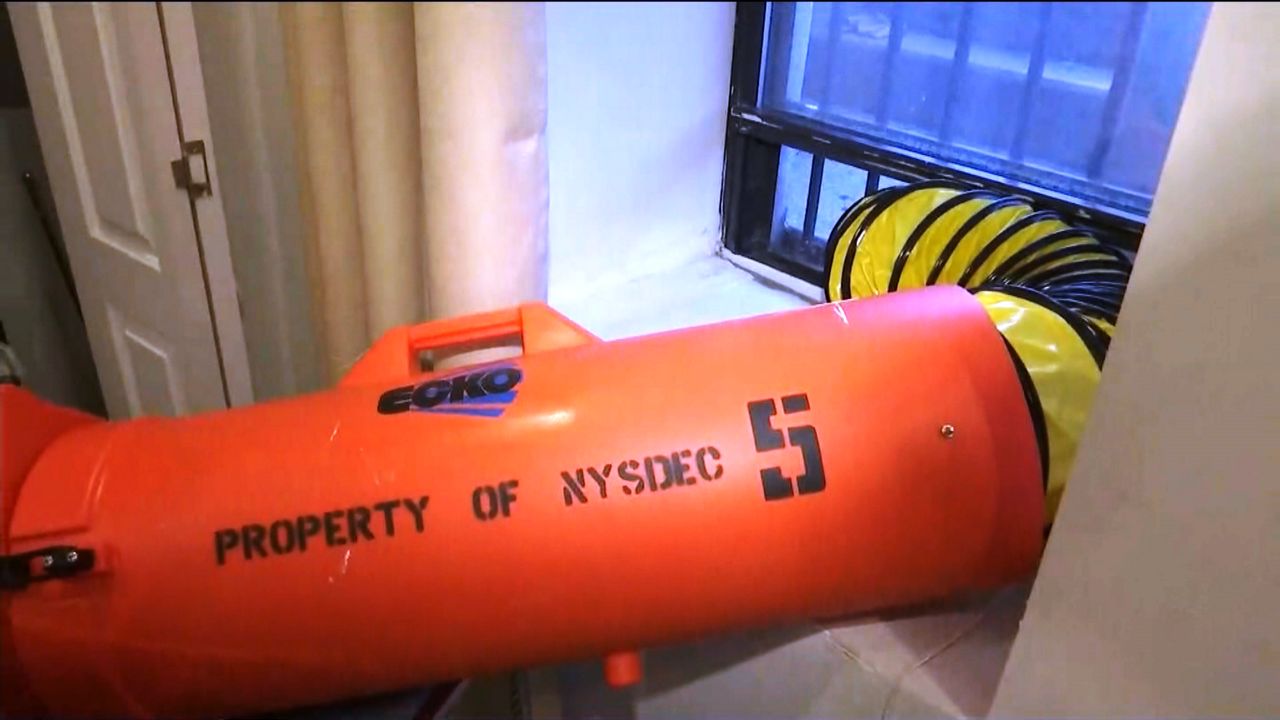 Why a Lingering Gas Odor Has Greenpoint Residents Concerned

BROOKLYN, N.Y. - Since February Mary Cinadr says she has been at the mercy of the Department of Environmental Conservation.

For months she says her apartment has smelled of strong odors of gasoline.

Each time she calls up the agency to come take measurements of the levels and hopes they are high enough to force them to relocate her for the night.

"Some of the measurements were as high as 17, 24, 34 and I was told above five it is not just ambient volatile organic compounds it is something to worry about," Cinadr said.

Cinadr says the source of the odor is coming from this covered up sewage trap.

Just a few feet away from where Cinadr used to sleep.

Cinadr says she was unaware her landlord is illegally renting her apartment as a converted three bedroom, two bathroom duplex, which causes two of those bedroom to be very close to the source of the odor.

Cinadr says the conditions have become unbearable and she’s been quarantined to the upstairs part of the apartment.

But still, she says sometimes that smell is so strong she has to stay in a hotel.

"This is my community and I love being home but I am having to beg to stay in a tiny apartment in Queens," Cinadr said.

Cinadr has sought help from several city and state agencies.

They installed a fan over the sewage trap, and gave her other equipment to help lessen the smell.

But she says it’s only gotten worse.

"It is impacting me deeply, my health, mind, body spirit as well as a whole entire community," Cinadr said.

She realized she’s not alone. She talked to neighbors and began logging all the locations where they said they smelt similar odors and even created this map, that she says is continuing to grow.

"I smelt it too, pretty much the smell is like what you are standing on the gas station," Mastalerz said.

Just this week, there was a community meeting about the smells with local politicians and relevant agencies.

So far there is no clear cause of the smell.

And more neighbors are joining Cinadr in a growing uneasiness.

"It is terrifying. Also because it comes and goes you kind of tend to, not necessarily forget about it but you are like oh okay must have just been a bad day or heavy traffic but now with everyone talking about it. It is terrible," said Bonnie Chaplin, a Greenpoint resident.

DEC says they are investigating into residents complaints. They were on site earlier this week and say there may be a correlation between what residents are smelling and patroleum vapor levels found in local sewers. They say they will continue to monitor the situation. Residents tell me they hope it will be cleaned up before the end of the summer.