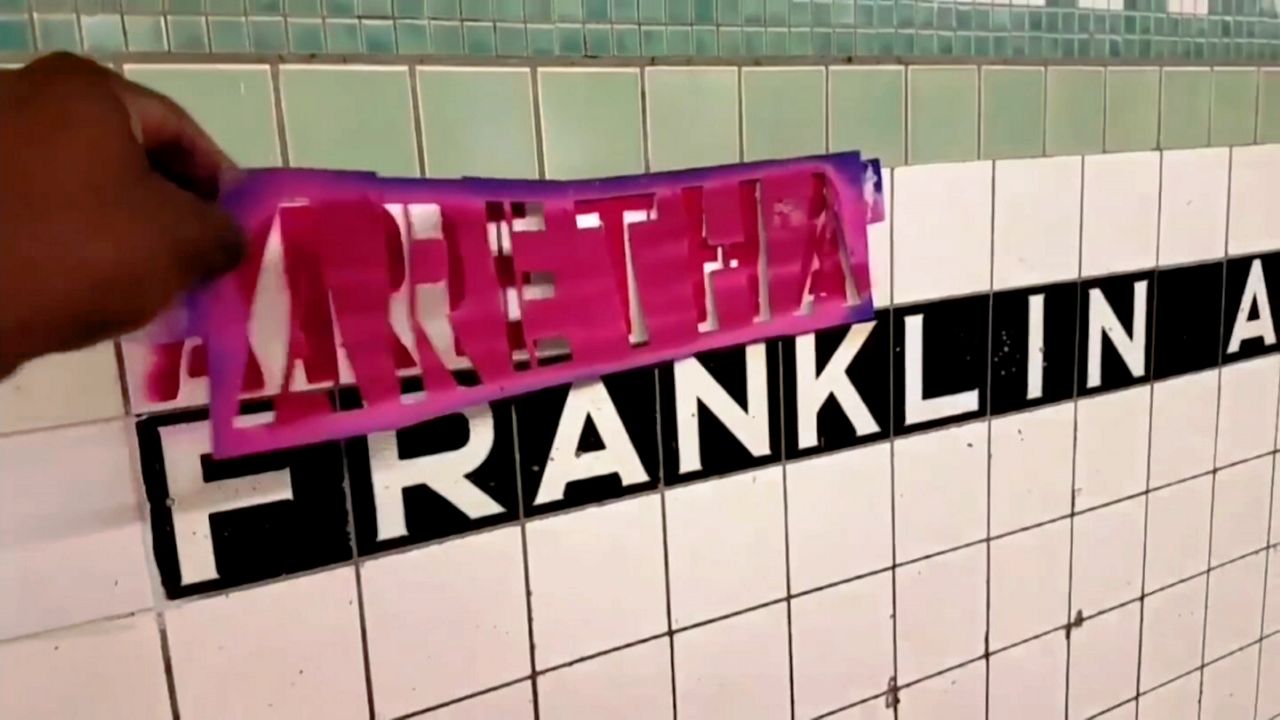 "I think it’s such an honor to be on Franklin Avenue to honor Aretha Franklin’s birthday. What a diva. What a R&B superstar," said one commuter.

"Aretha Franklin is the soul sister number one," said another commuter.

Community activist LeRoy McCarthy coordinated the performance, not only as a tribute to the Queen of Soul who passed away on August 16th but also to help move the MTA on his proposal to decorate the blank wall outside of the Franklin Avenue with the word RESPECT, a nod to her most famous song.

“Regardless if you know that RESPECT is an Aretha Franklin song or not, respect is something that’s significant and can transcend beyond music," McCarthy said.

McCarthy calls himself a cultural advocate. He was instrumental in convincing the City Council to approve street co-namings for Brooklyn rapper The Notorious B.I.G. and Staten Island hip-hop group Wu-Tang Clan. He first pitched his mural campaign to the MTA in August, building on the tributes that already took place at the station. The Aretha names that were temporarily sprayed in chalk on the subway walls. And the Respect signs the MTA put up. There is no shortage of support for McCarthy's mural idea.

"Most commuters we don’t all love each other but we sit next to each other. So that’s a good thing, respect," said a commuter.

"She could move you with any song that she sang and that’s what music is about it’s about coming from the soul and touching hearts," said performer Azusa “SheShe” Dance.

The MTA says it's in talks with McCarthy about the project but won’t confirm whether it will happen.

And while the singer was not from Brooklyn, she remains very much loved he now seven months after her death.