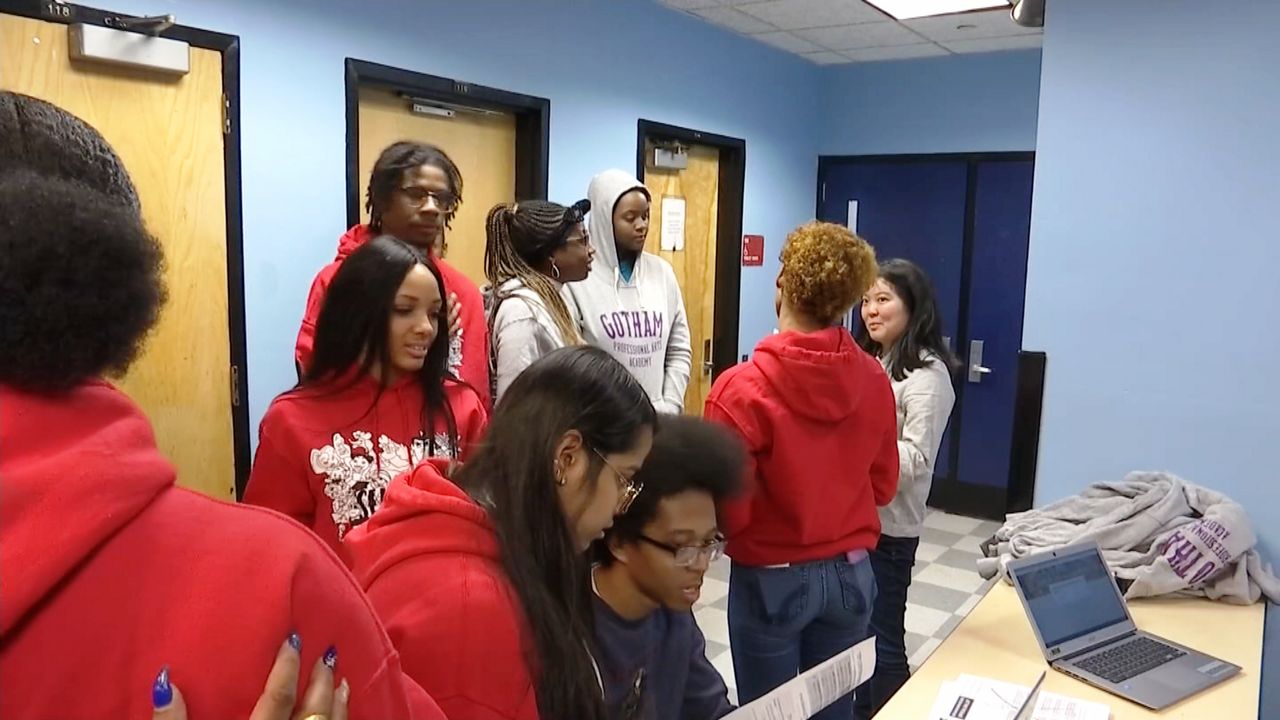 BROOKLYN, N.Y. - Students run around the bases and the columns in gym class at Acorn Community High School because there is no other dedicated space for physical education.

"We have to come up with creative ways to play in a gym that’s really small," said 12th grade student Shaniah Francis.

The columns also get in the way in the dance studio. That’s because this building used to be a textile factory. It’s now leased to the Department of Education to house two high schools, Acorn Community and Gotham Professional Arts Academy.

For the first time, students at both schools are voting on whether capital money should be set aside to build a new gym or fill another pressing need. This, after Brooklyn Borough President Eric Adams allocated $500,000 to the schools with a stipulation that participatory budgeting determine how it will be used.

Students are filling out paper ballots which are being recorded digitally and getting a "I Voted" sticker, just like on Election Day.

"This idea that as a school we’re modeling this microcosm of society. And so we want our voting age students to leave here thinking to themselves, I know what it feels like to put something in a ballot. I know I feel comfortable about that space. I can really interpret this," said Robert Michelin, principal of Gotham Professional Arts Academy.

And get results. Will there be a basketball court built in the yard? Students are also voting on policy changes including whether to create campus-wide clubs instead of having separate clubs for each school.

"I feel very confident about being able to put those decisions into the hands of our students," said Andrea Piper, principal of Acorn Community High School.

The Borough President is also extending participatory budgeting to the John Jay Educational Campus in Park Slope. He says if this pilot program works, he’ll expand it to other schools.

Voting results will be announced at a student council meeting scheduled for next week.