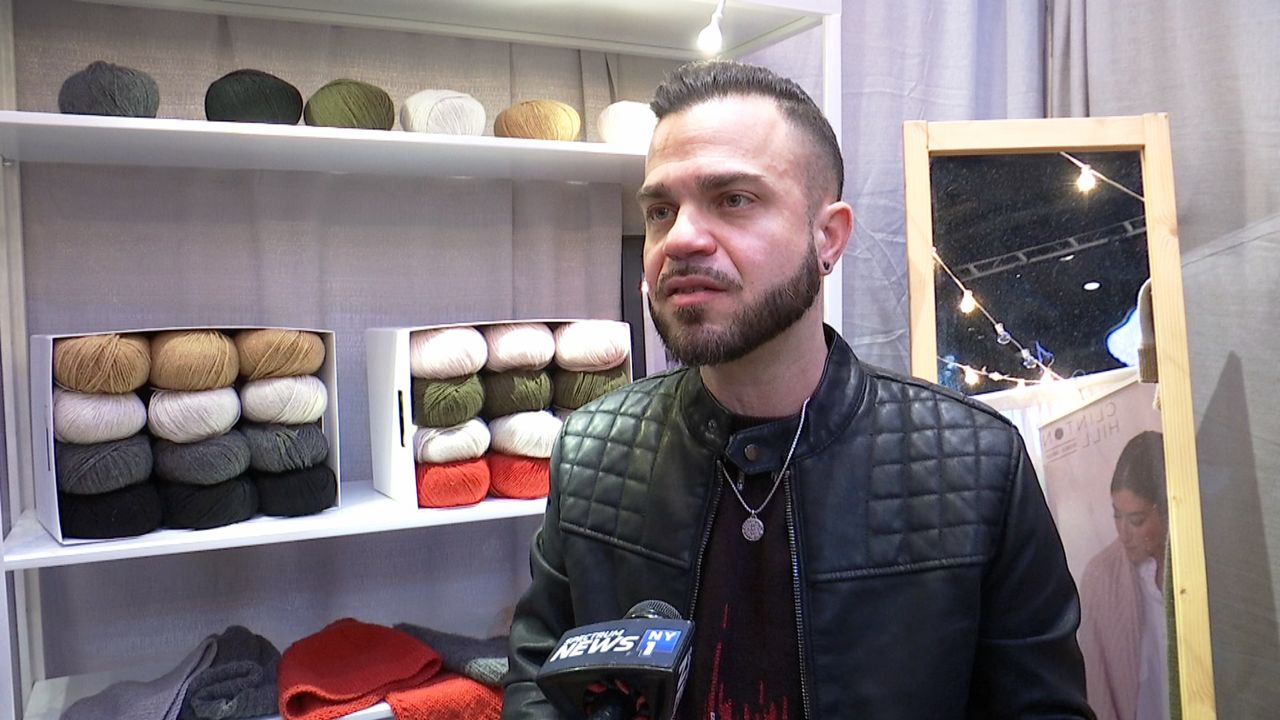 How a Brooklyn Man Knitted His Way to Fiber Arts Fame

Boria's path to the stage has been anything but typical.

Fourteen months ago a photo of Boria knitting on the subway went viral.

In late 2017, American Idol alum Frenchie Davis spotted him knitting on a B train.

The Broadway performer, fascinated by his hobby, shared a picture of the stranger with her nearly 30,000 Facebook followers.

"I found out about Louis through a friend. She sent me a link on Facebook," said one fan who came to see Boris at Vogue Knitting Live.

"Someone just shared his video on my Facebook page," said Randy Convery, a new knitter who has now also turned his hobby into a business.

Since then, Boria's fan base has done anything but shrink and ballooned to more than 16,000 followers on Instagram alone.

"I had been following him on Instagram and I think it’s awesome what he's doing," said another one of Boria's fans.

The knitting industry, as a whole, also took notice and soon Boria began hearing from yarn companies and knitting suppliers from Brooklyn to Europe.

"I've worked with him to provide him with extra special cashmere yarn that I create," said Rebecca Kevelson, the founder of Clinton Hill Cashmere.

"I’m based in Paris, France and I just reached out to him and said ‘hey can we meet?’,'" said Aimee Gille, the owner of Bien Aimee Yarn.

Considered a fashion leader in the knitting industry the publication puts on 3 day convention each year.

For its 2019 event at the Marriott Marquis in Midtown, Boria was tapped to be a featured speaker at what knitters consider their version of the "Super Bowl".

"A lot of times these fiber enthusiasts feel like they can’t connect with the designer and I let people know you can email me, you can text me, you can reach out to me," Boria said.

Despite his meteoric rise to fame in the knitting world, Boria has never strayed from his goal of using knitting to help others.

"We are working with him, not only with Yarnamentary and teaching kids how to knit and spreading the love but we're also working on an anti-bullying campaign called hat not hate," said Shira Blumenthal, the Brand Ambassador for Lion Brand Yarn.

For Boria, this is all just the start. He sees knitting as a way to unwind and a way he can help unite others.