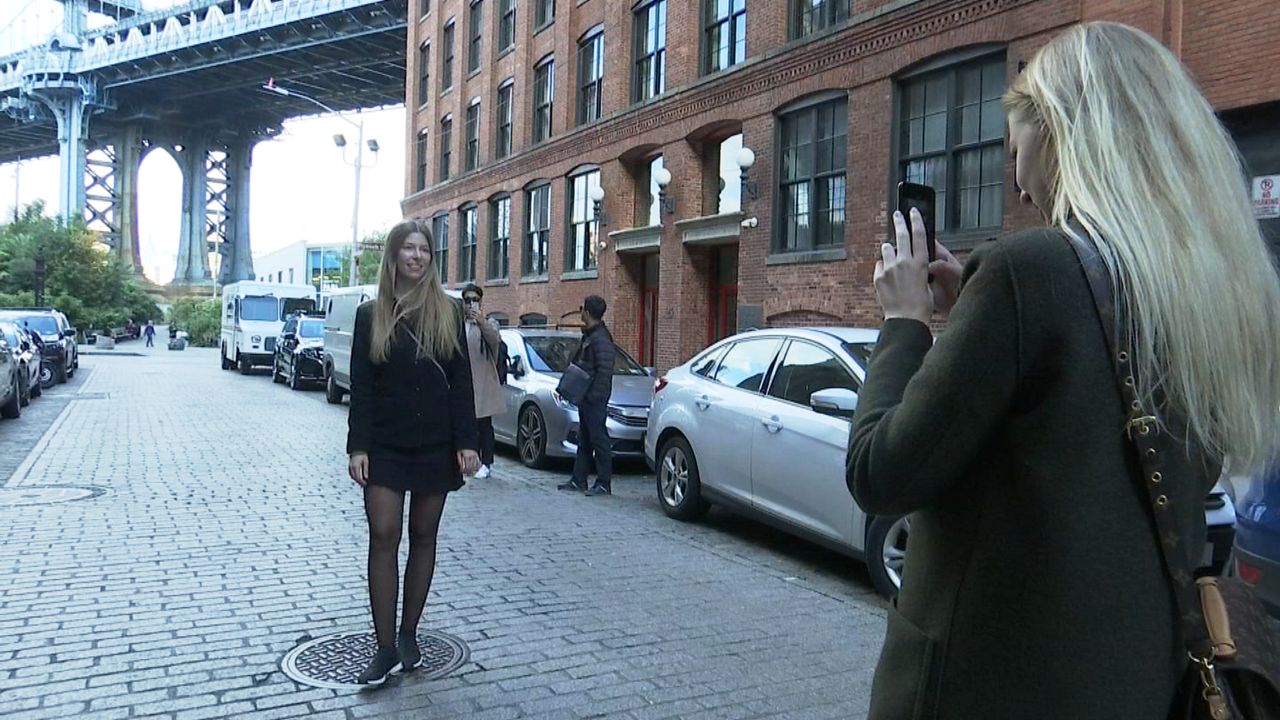 DUMBO Residents at Odds with Influx of Film Shoots, Tourists

BROOKLYN, N.Y. - The Showtime series "Billions" is just the latest production taking place on the streets of DUMBO.

Trailers are lined up throughout the neighborhood, catering trays are rolled over the cobblestone streets, no parking signs are posted on lampposts.

This shoot will last five days. But residents say movie shoots happen so often here, they feel they’re part of the set and they’re not happy about it.

"The filming has been a massive concern just way too production crews all over the place and street parking that’s almost nonexistent," said one resident.

"The overall quality of life in the neighborhood with regards to concessions being given to movies, the construction sites, basically everyone but the residents," noted another resident.

DUMBO residents also say they’re sharing their narrow streets with thousands of tourists. Take Washington Street for example. Tourists block the roadway to take pictures of themselves with the Manhattan Bridge in the backdrop.

"I don’t know if it’s a trend or something but everyone is trying to get the perfect picture right here so we’re just doing the same thing," said one resident.

Residents say their once quiet community is being overrun and it’s a serious nuisance.

The newly formed DUMBO Action Committee met Wednesday night to address some of the issues.

"We have people who stand in the street and take photos. There are no regulations. There’s one way streets. It’s overcrowded. And it’s not a neighborhood anymore. It’s just a tourist attraction," said one resident.

"We get a lot of tourists down here and the roads are always blocked with tourists. And it’s just dangerous. They just need   better stop signs and better attention to that," said another resident.

City Councilman Steve Levin and representatives from the Borough President’s Office listened to the concerns. The group also proposed some solutions including having the city limit the amount of film permit approvals and post them online in advance so residents can plan their lives around the disruptions.

Another proposal is to have the city increase the fees for production studios and donate that money to local schools and nonprofit organizations.