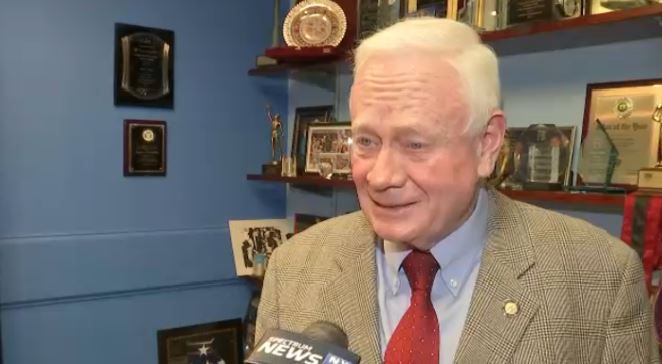 A Brooklyn lawmaker has been accused of impersonating a police officer after an incident involving a bicyclist Monday night.

Brian Howald took to Twitter to report that he was riding along Third Avenue in Bay Ridge when State Sen. Marty Golden's SUV traveled into the bike lane to avoid traffic.

When Howald refused to yield to the vehicle, in which Golden was a passenger, he said the senator flashed his parking placard, pretending to be a police officer.

He said the driver then blew through two red lights to avoid Howald, who began taking photos.

But Golden, who spoke exclusively with NY1 on Tuesday, said they drove into the bike lane to avoid blocking the box, and that he never pretended to be a police officer.

City law says drivers can go into a bike lane when turning, leaving a parking spot, or avoiding an obstacle.

Golden is up for re-election next year.