Big Developer Proposes a Beach in Brooklyn on the East River

Alexis Vallejo opened his barbershop eight months ago during the pandemic, despite the advice of nearly everyone who told him the same thing.

“You’re crazy," he said they told him, but he "just figured everybody eventually is going to need a haircut.”

“I saw an opportunity,” he said.

He thought a small space would provide for social distancing, and he was able to get a deal on the rent for his first business. “Very scary and exciting at the same time," said Vallejo.

It’s right next to the newly developed Domino Sugar factory. Two of the four planned residential buildings are up and all the market rate units are fully occupied. The developer, Two Trees Management, is turning the landmarked factory into office space and is poised to further transform the skyline here and the waterfront after buying an unused Con Edison lot nearby.

It's proposing to construct two buildings with a total of 1,000 apartments, 263 of them would be affordable and the project would include something different: a beach.

“You’ll be able to wade in the water,” said Dave Lombino, the Managing Director of Two Trees Management.

The developer wants to build a sandy beach along the East River, part of a new six-acre public park, half on land and half on water. 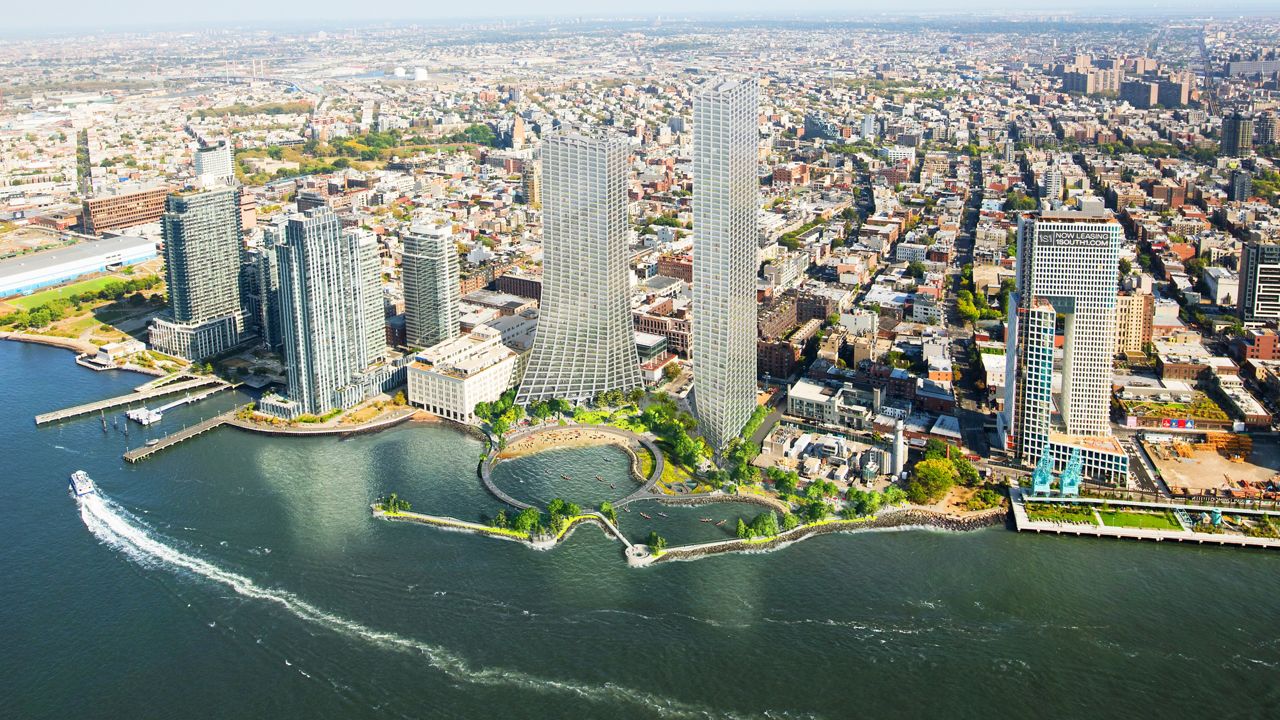 With its dangerous currents and murky waters, the East River is not known as a swimming spot, but the developer says park goers would be able to wade in, safely.

“There’ll be a protected area so the breakwaters which improve resiliency, also slow down wave action and the tides, and will create a still area where we can restore habitat and people can use the water for recreation,” said Lombino.

River Ring, as it’s called, aims to create a continuous waterfront public space from the Two Trees-built Domino Park to the North 5th Street Pier and Park, nearly three quarters of a mile of waterfront esplanade.

But the plan needs City Council approval for a zoning change. Although it sits between two big residential buildings, it’s currently zoned for manufacturing.

There’s already opposition: More than 3,000 signatures on an online petition “say no to rezoning, for 65-story towers.”

Approval or not, Two Trees is already building part of the plan that doesn’t require a zoning change, a piece of the on-land park for residents to enjoy this summer.