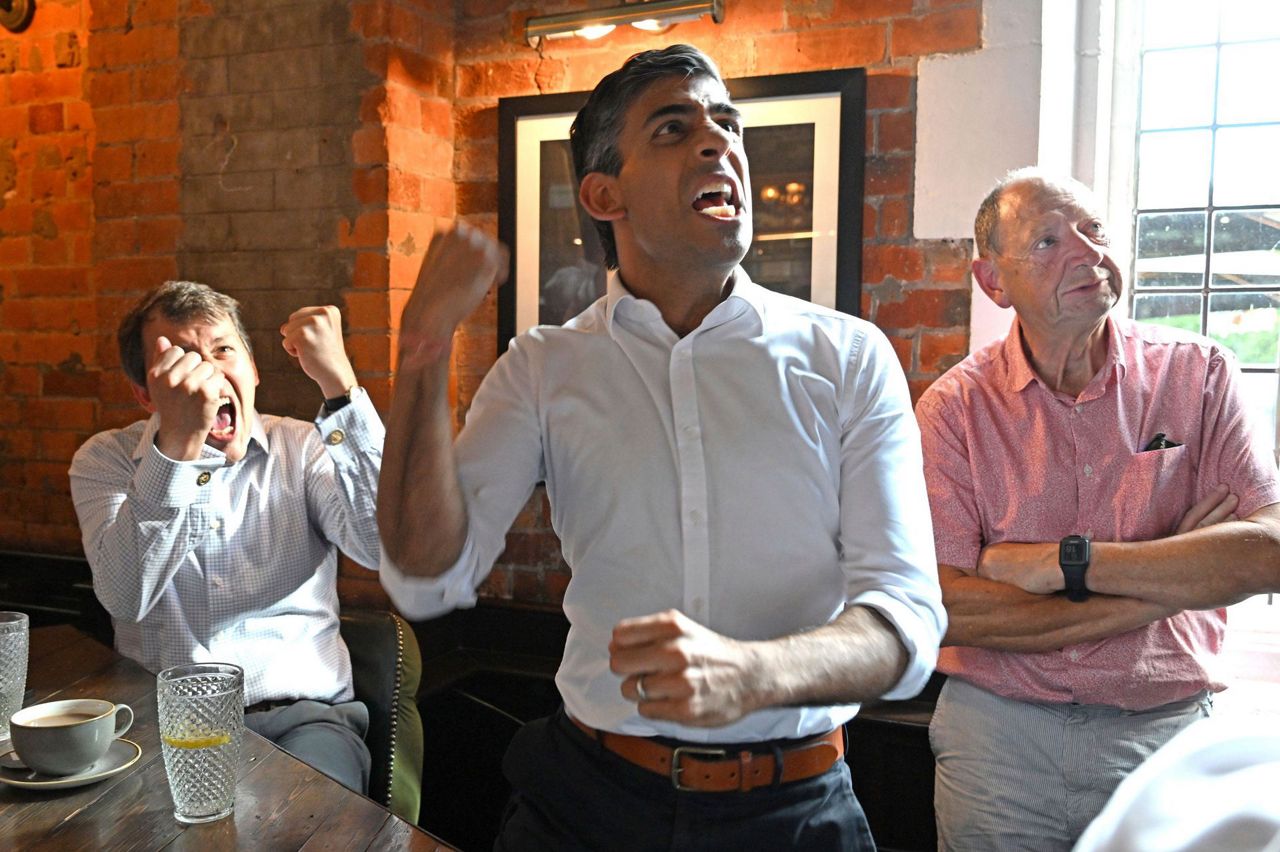 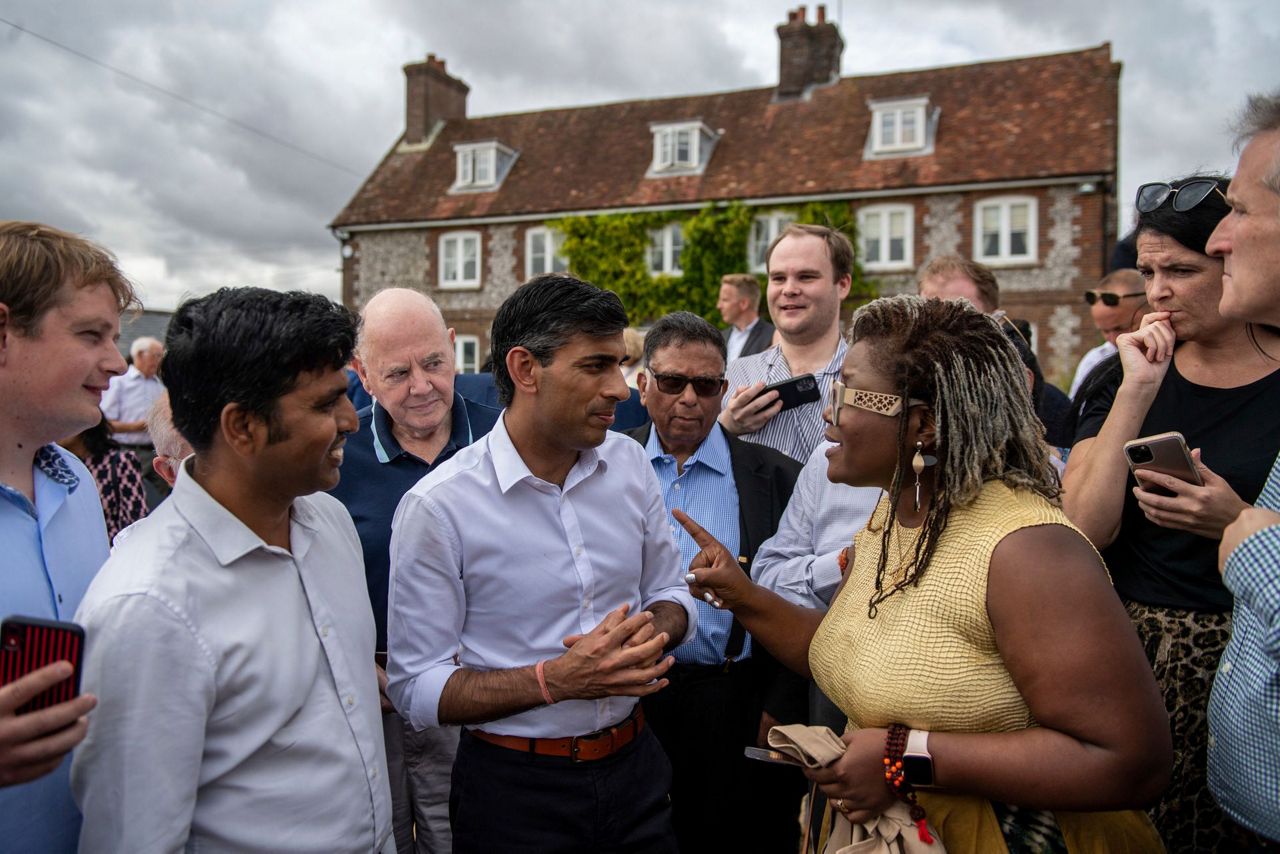 2 of 4
Britain's former Chancellor of the Exchequer Rishi Sunak, centre, speaks to people at an event at Manor Farm, in Ropley, as part of his campaign to be leader of the Conservative Party and the next prime minister, near Winchester, England, Saturday July 30, 2022. (Chris J Ratcliffe/PA via AP) 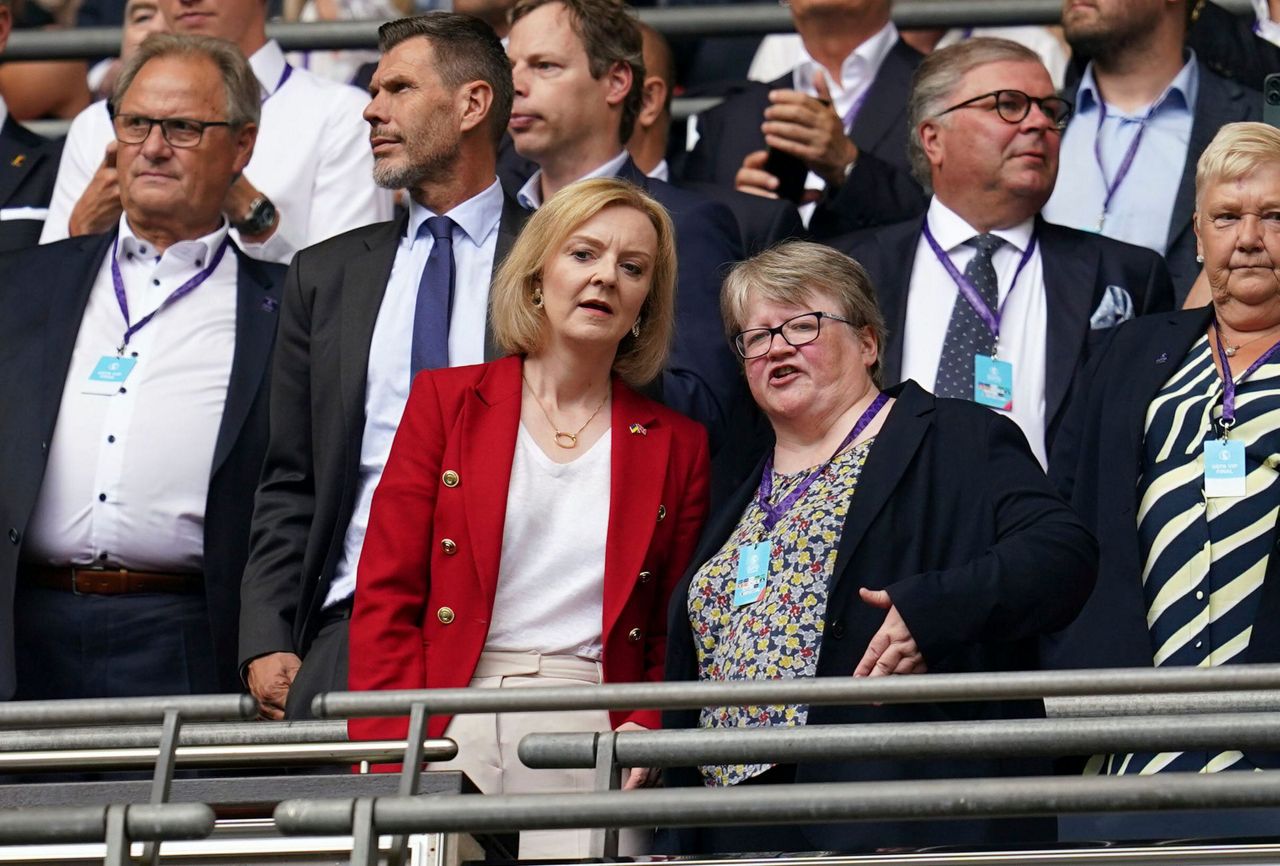 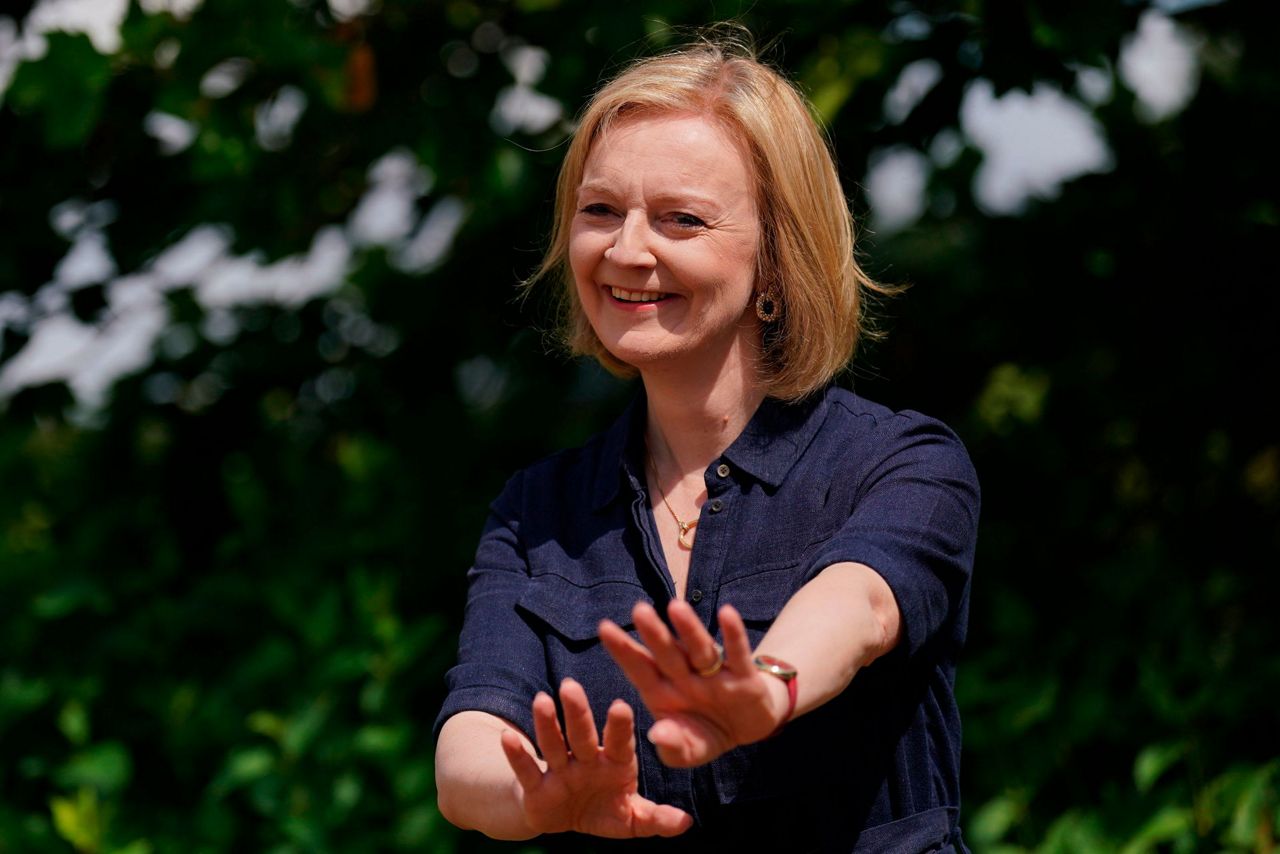 4 of 4
Liz Truss speaks at an event at Breckland Council in Dereham, Norfolk, England, as part of her campaign to be leader of the Conservative Party and the next prime minister, Friday July 29, 2022. (Joe Giddens/PA via AP)

Allies of Johnson accuse Sunak of treachery for stepping down as U.K. Treasury chief last month as the government floundered amid ethics scandals, with a resignation letter, saying “we cannot continue like this.” More than 50 government ministers went on to quit, leaving Johnson no choice but to resign as Conservative Party leader.

Polls of Conservative members put Foreign Secretary Liz Truss ahead of Sunak in the contest to succeed Johnson as party leader. Postal ballots started arrived Monday at the homes of about 180,000 party members who will decide the winner. The new leader will be announced Sept. 5 and will automatically become prime minister.

Sunak said his critics were “looking at the last few months of the government with slightly rose-tinted glasses.” He said “the government found itself on the wrong side of a very serious ethical issue.”

Johnson led the Conservatives to a commanding parliamentary majority in 2019, but he has been plagued by scandals since then, and was fined by police over parties that broke COVID-19 lockdown rules. He clung to power for months but finally quit on July 7 after one scandal too many — appointing a politician accused of sexual misconduct — drove his ministers to resign en masse.

Sunak is running as an experienced minster who can guide the country through the economic turbulence caused by the pandemic and the war in Ukraine. He was the favorite candidate among Tory lawmakers who whittled down the field of candidates from an initial 11 contenders.

But Truss now appears to have more momentum and has won backing from several high-profile lawmakers and Cabinet ministers with her pledges to slash taxes and government bureaucracy.

Sunak’s replacement as finance minister, Nadhim Zahawi, said he was backing Truss because she offered a “booster” economic approach compared to “doomster” Sunak.

Sunak accuses Truss of peddling unrealistic promises, especially on the economy. Truss says she will cut taxes immediately to ease the cost-of-living crisis, funding it through borrowing. Sunak argues it is vital to get inflation under control first.

But on Monday he pledged a big income tax cut in the next few years, in what critics said was a U-turn forced by pressure from Truss’s campaign. Sunak said he would cut the basic rate of income tax from 20% to 16% by 2029.

Follow all AP stories on British politics at https://apnews.com/hub/boris-johnson.