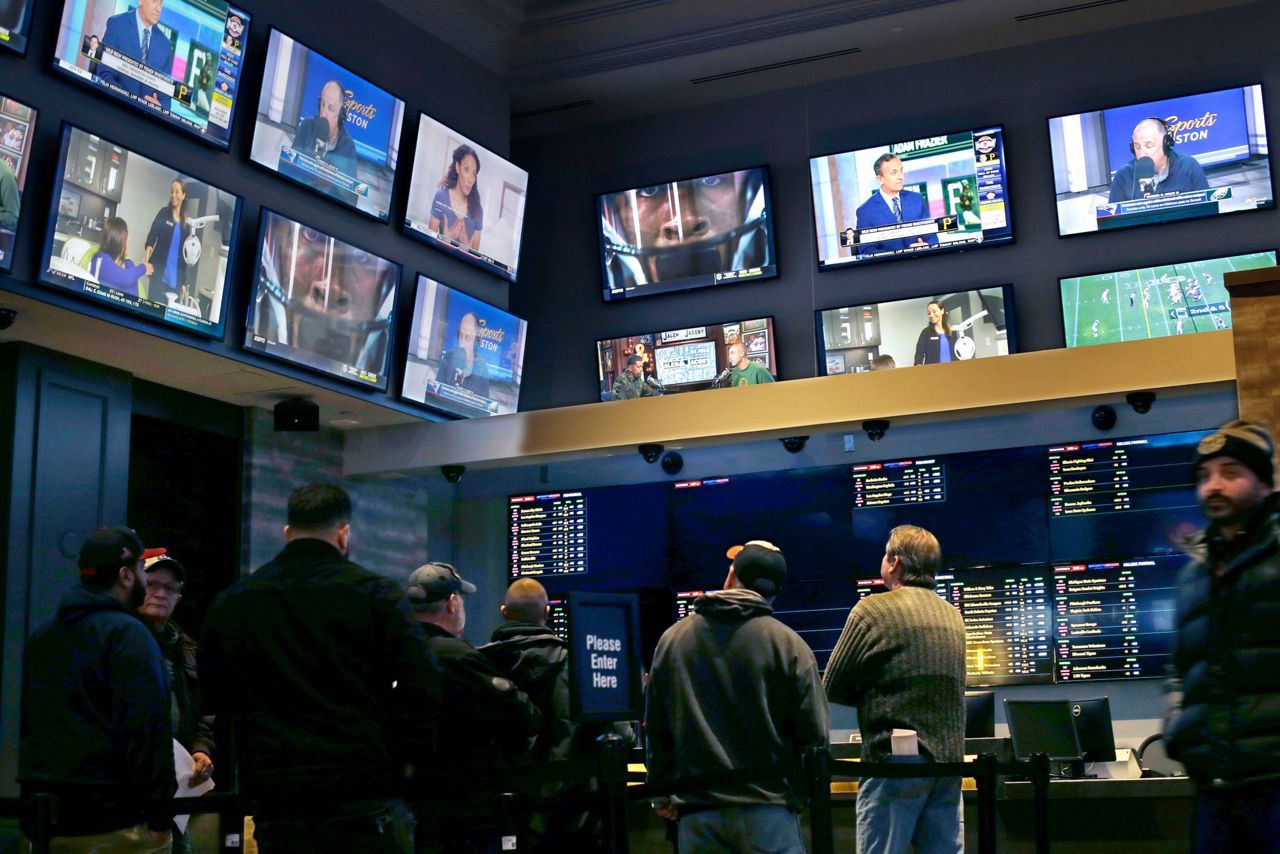 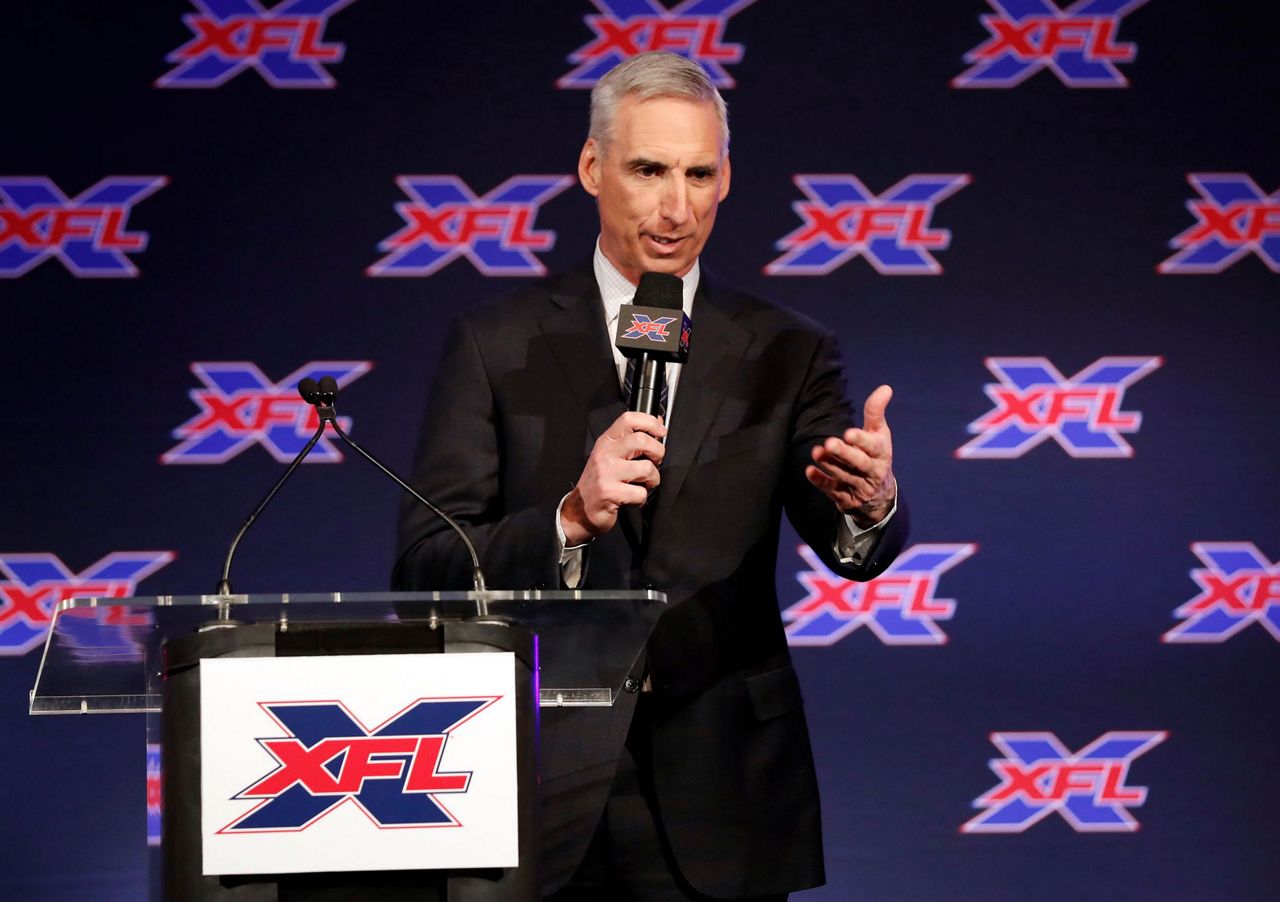 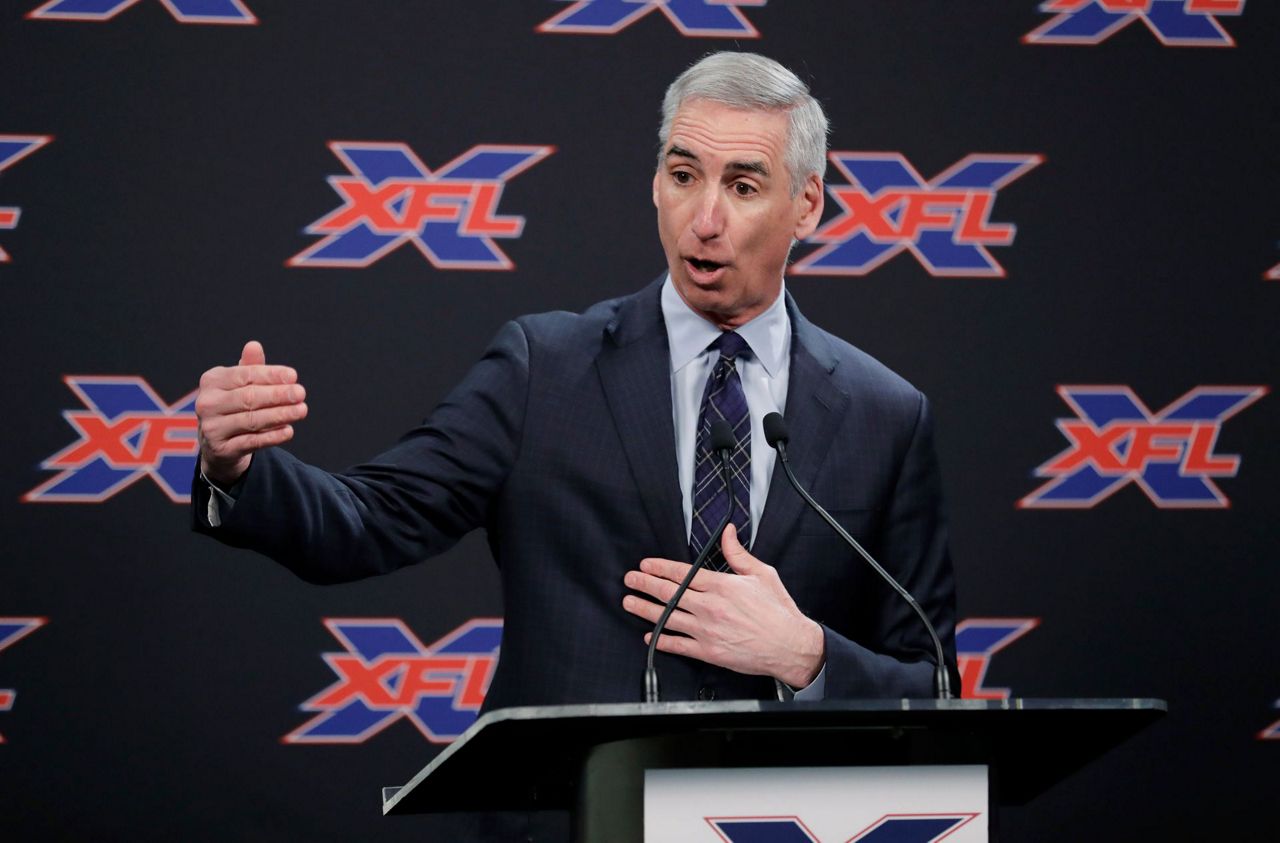 3 of 3
FILE - In this Feb. 25, 2019, file photo, XFL Commissioner Oliver Luck gestures during a press conference in Seattle. When the XFL debuts in February, it will take a “Star Trek” approach of going where no football league has gone before. (AP Photo/Ted S. Warren, File)

ATLANTIC CITY, N.J. (AP) — While many sports fans are picking NFL playoff teams to bet on, or marshaling their cash for the Super Bowl, yet another opportunity to wager on football is right around the corner: the XFL.

Several states have already authorized bets on the second incarnation of the upstart football league, which begins its season in February, shortly after the NFL season concludes with the Super Bowl. Others are considering doing so, and bookmakers say they have requested that regulators add the league to lists of approved betting events.

“We’re definitely interested in applying to bet on the XFL,” said Jason Scott, vice president of trading at ROAR Digital, the operators of BetMGM. “We’re of the belief that the American sports betting public has an appetite for even more football, and that the XFL will help sate that demand.”

States that have already approved betting on the XFL include Pennsylvania, Rhode Island and Iowa. Nevada says its sports books already are authorized to take XFL bets under existing regulations.

Regulators in New Jersey, where the league's New York Guardians will play, would not comment on whether they are considering allowing XFL bets — or even whether anyone has asked them to. As of Thursday, the XFL was not listed on the New Jersey Division of Gaming Enforcement's website among events authorized for wagering. Several sports books, however, say they have asked New Jersey for permission to offer XFL bets.

Delaware has decided not to authorize XFL bets, at least to start the season.

“As of now, we're kind of reticent to jump into that because some of the rules are kind of crazy,” said Vernon Kirk, director of the Delaware Lottery. He said the state's risk managers decided XFL play will be too unpredictable, but left open the possibility of reversing that stance as the season progresses.

The XFL's rules differ from the NFL's in several ways, including the option to seek 1, 2 or 3 points from the 2, 5 or 10-yard line after scoring a touchdown. The XFL will also allow a team to throw two forward passes on the same play as long as both happen behind the line of scrimmage.

The XFL did not respond to numerous phone and email messages seeking comment this week.

But on Monday it announced a deal with London-based Genius Sports to monitor betting activity on XFL games and warn of any suspicious activity.

“Sports betting is growing rapidly in the U.S. and we are gearing up to be a good citizen and thoughtful participant in the marketplace,” Jeffrey Pollack, the XFL’s president and chief operating officer, said in a press release. “Our alliance with Genius Sports is an important first step and foundational element.”

After a one-and-done season in 2001, the league owned by World Wrestling Entertainment president Vince McMahon will try again starting Feb. 8.

The eight-team league will have its championship game in April. It has franchises in Dallas, Houston, Los Angeles, New York, St. Louis, Seattle, Tampa Bay and Washington.

No one expects the XFL to generate the amount of bets that the NFL does. A more likely comparison might be last year's ill-fated Alliance of American Football (AAF), which folded before completing its inaugural season.

Numerous sports books expect to offer action on the league once state regulators approve, but are modest in their expectations of the money it will generate.

“Looking back at last year’s eight weeks with the AAF, we saw that there was some interest in betting on football in the early spring, but it is of course not comparable to the NFL or college football," said Mattias Stetz, chief operating officer of Rush Street Interactive, which operates BetRivers.com and PlaySugarhouse.com as well as retail sportsbooks in Pennsylvania, Indiana and New York. "I think we can expect similar numbers for the XFL.”

“We have solid hopes for the XFL,” said Patrick Eichner, a spokesman for PointsBet. “NFL games obviously generate the majority of action for U.S. operators, so given the American appetite for football, we expect a reasonable turnover for XFL. Not comparable to NFL, but it still should be decent.”

Copyright 2020 The Associated Press. All rights reserved. This material may not be published, broadcast, rewritten or redistributed.