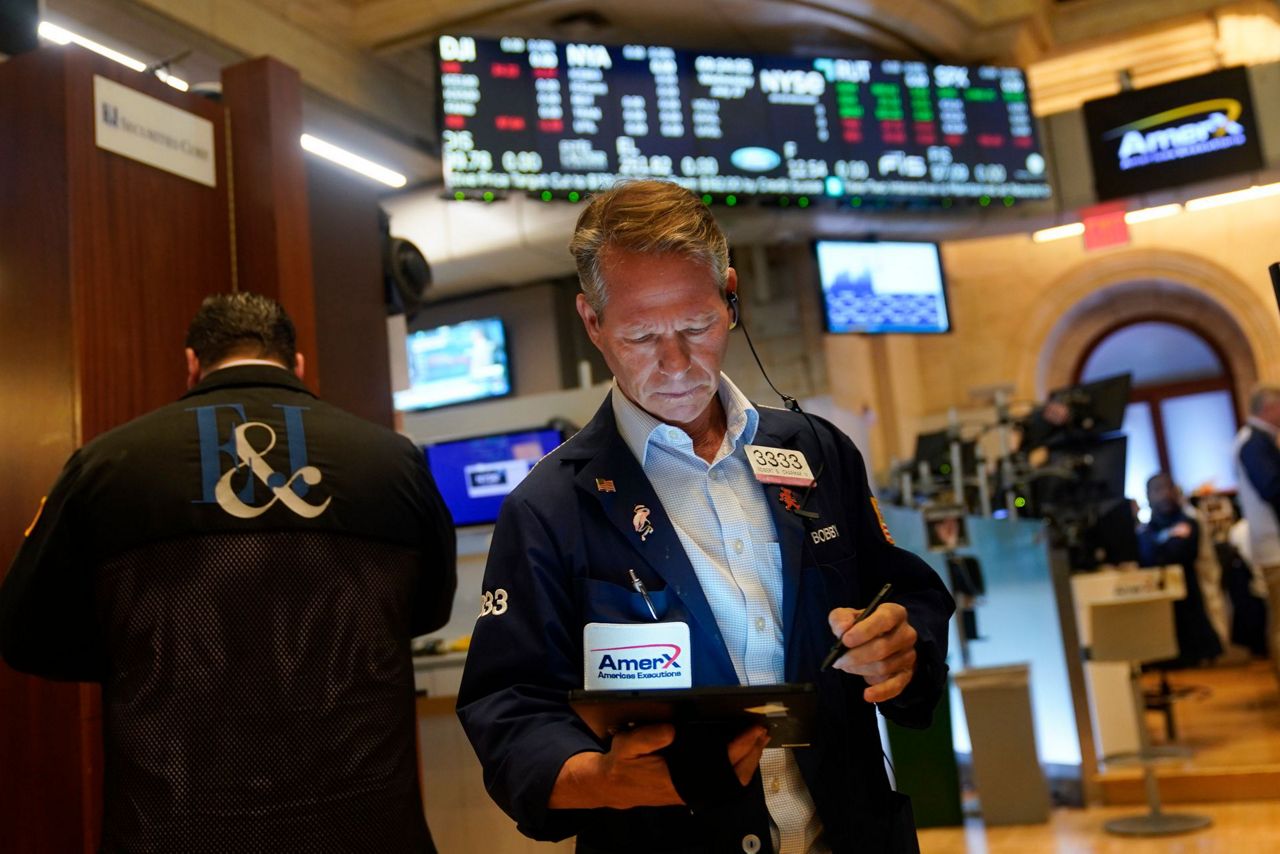 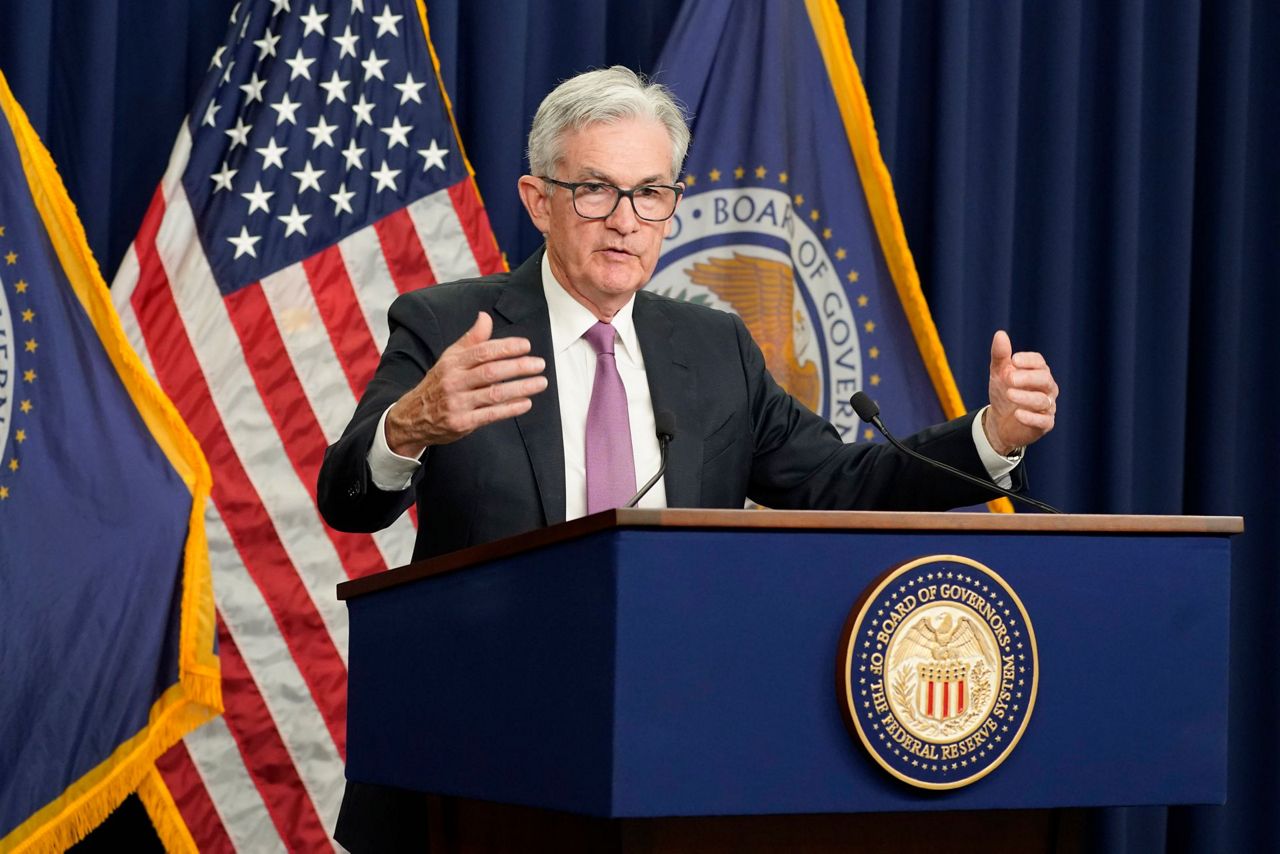 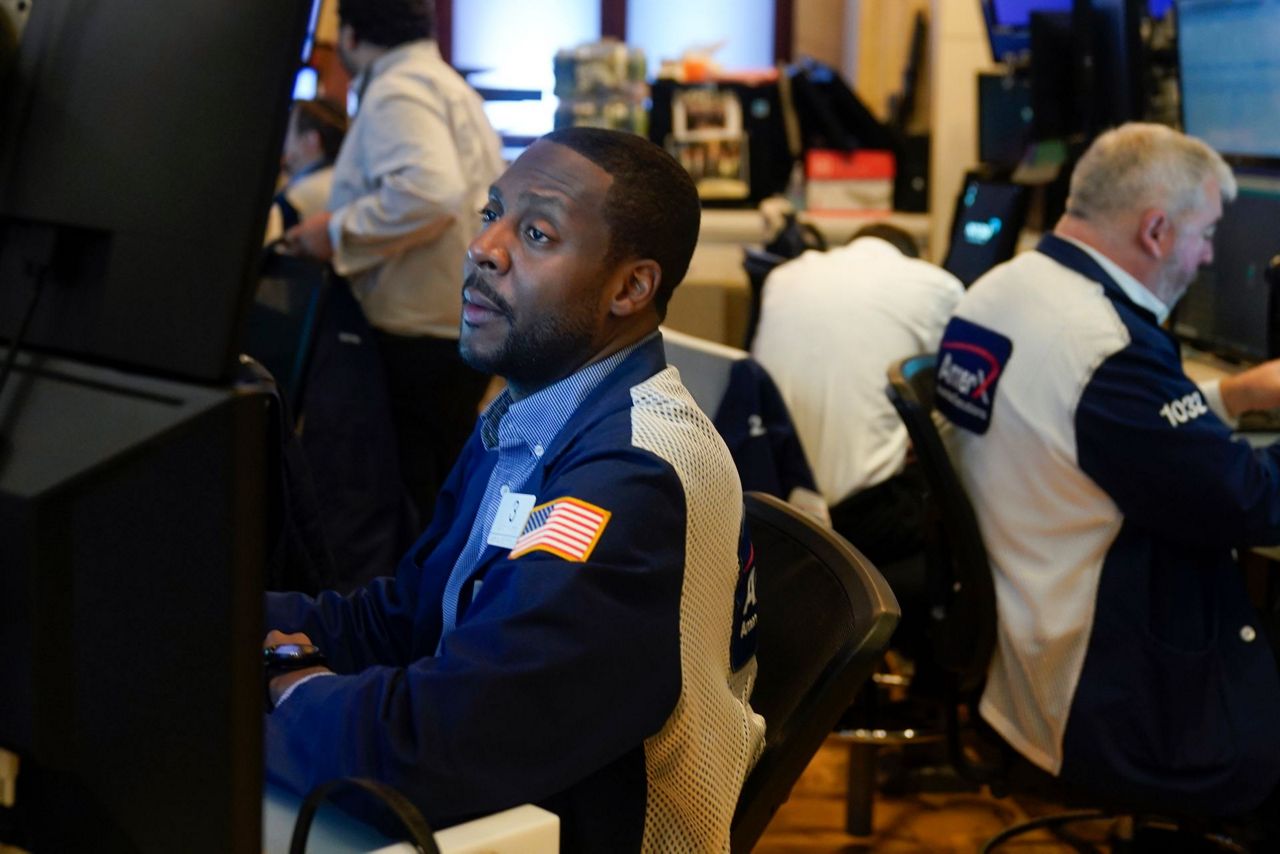 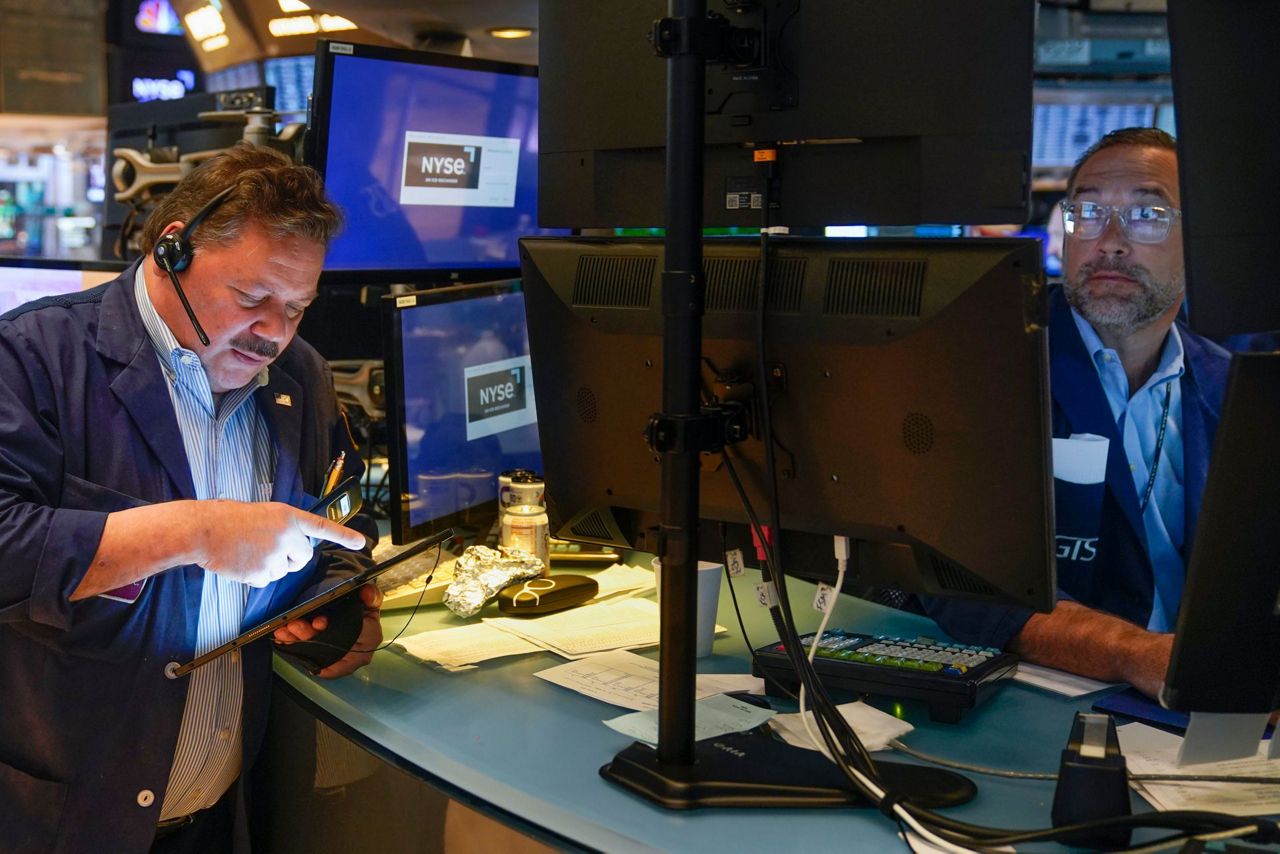 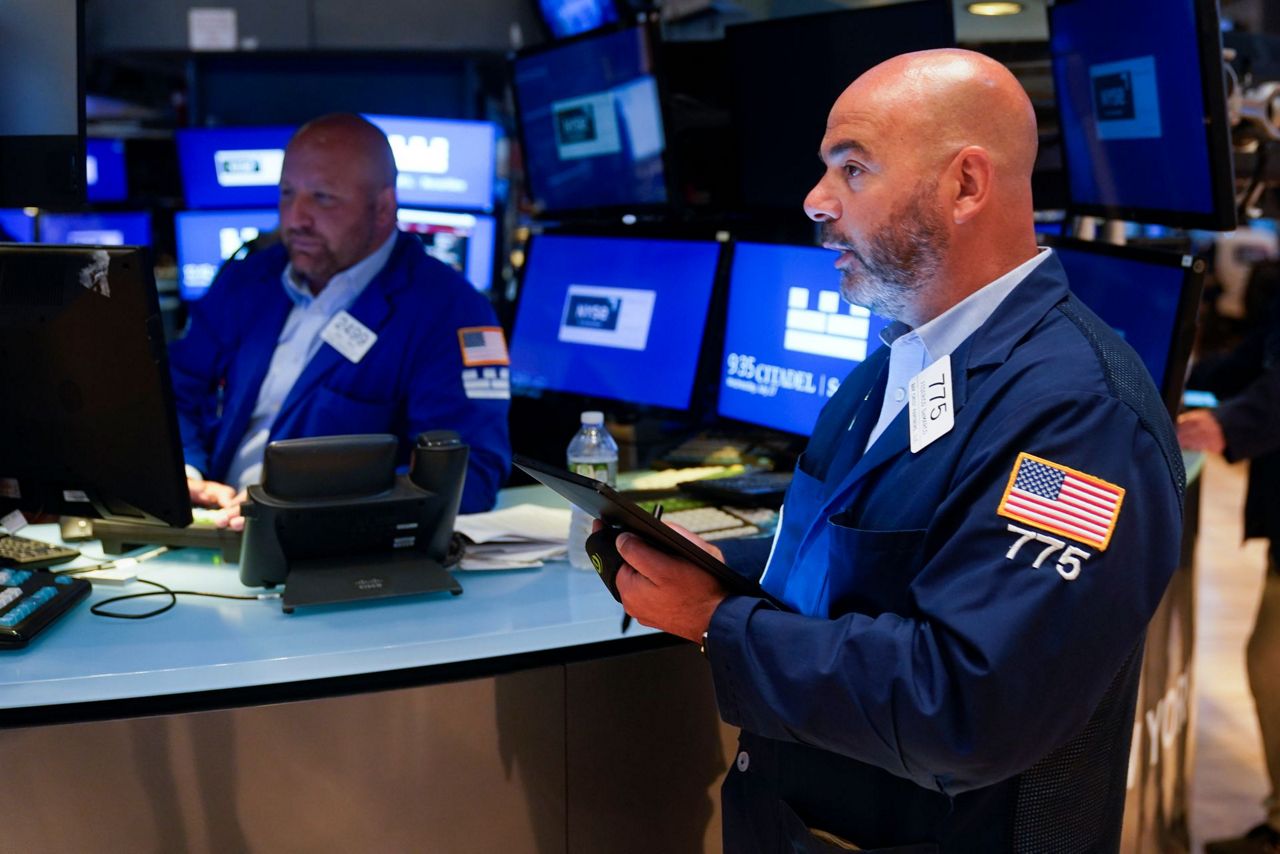 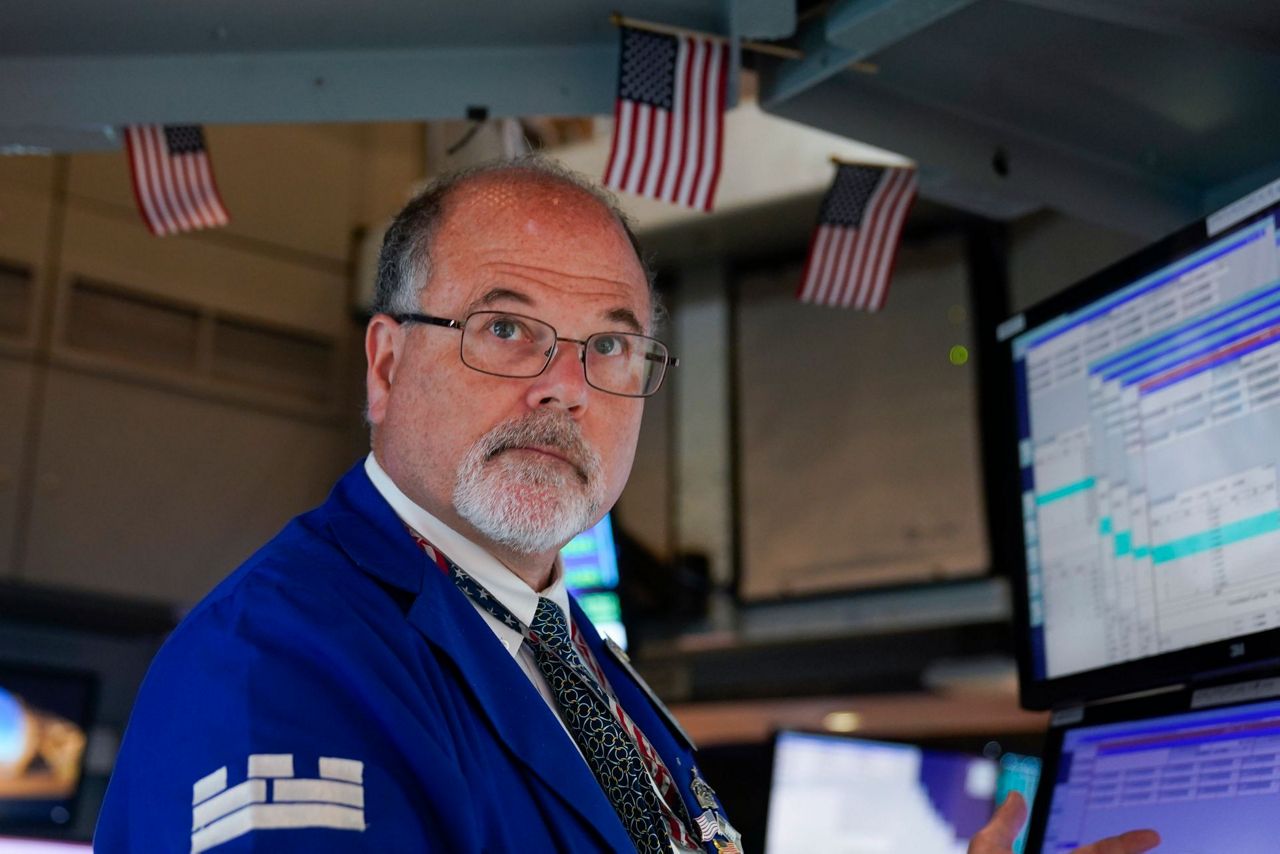 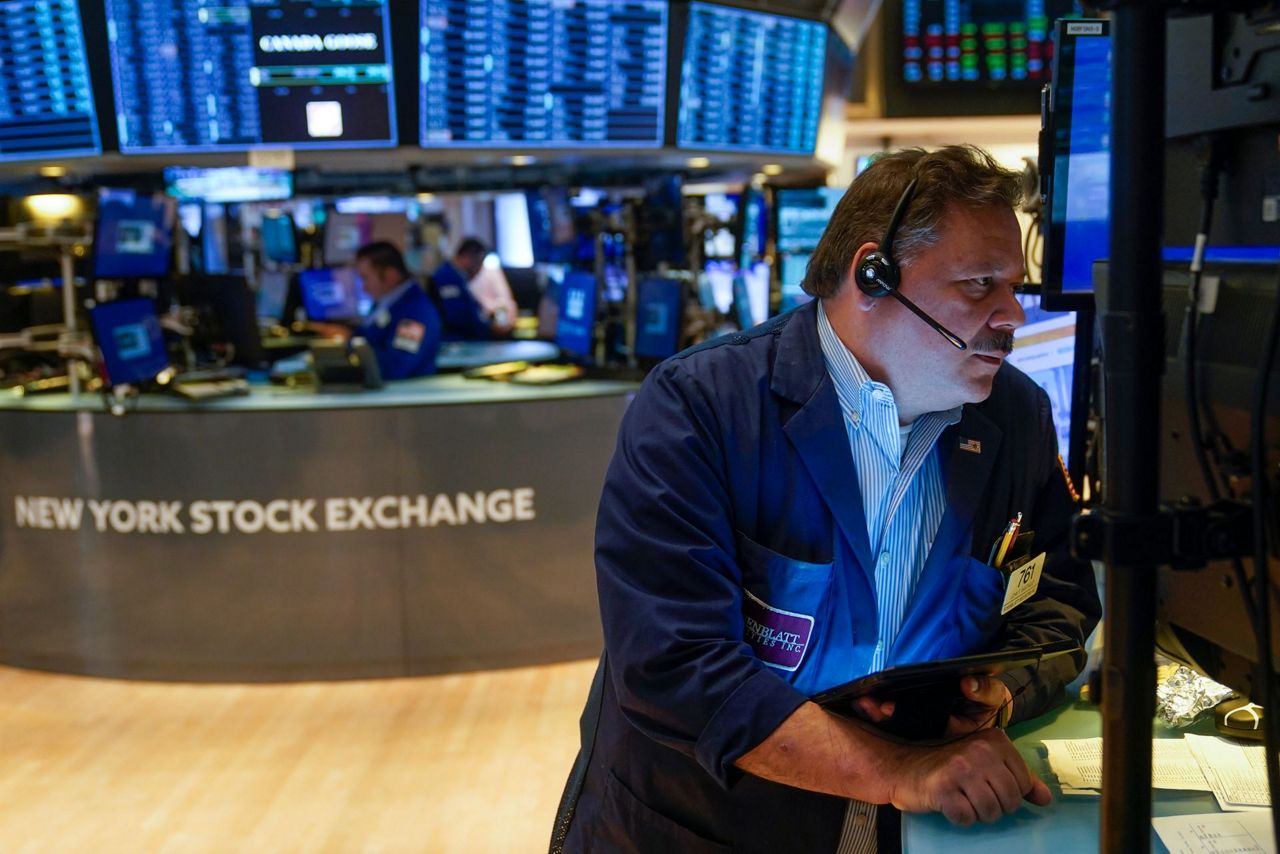 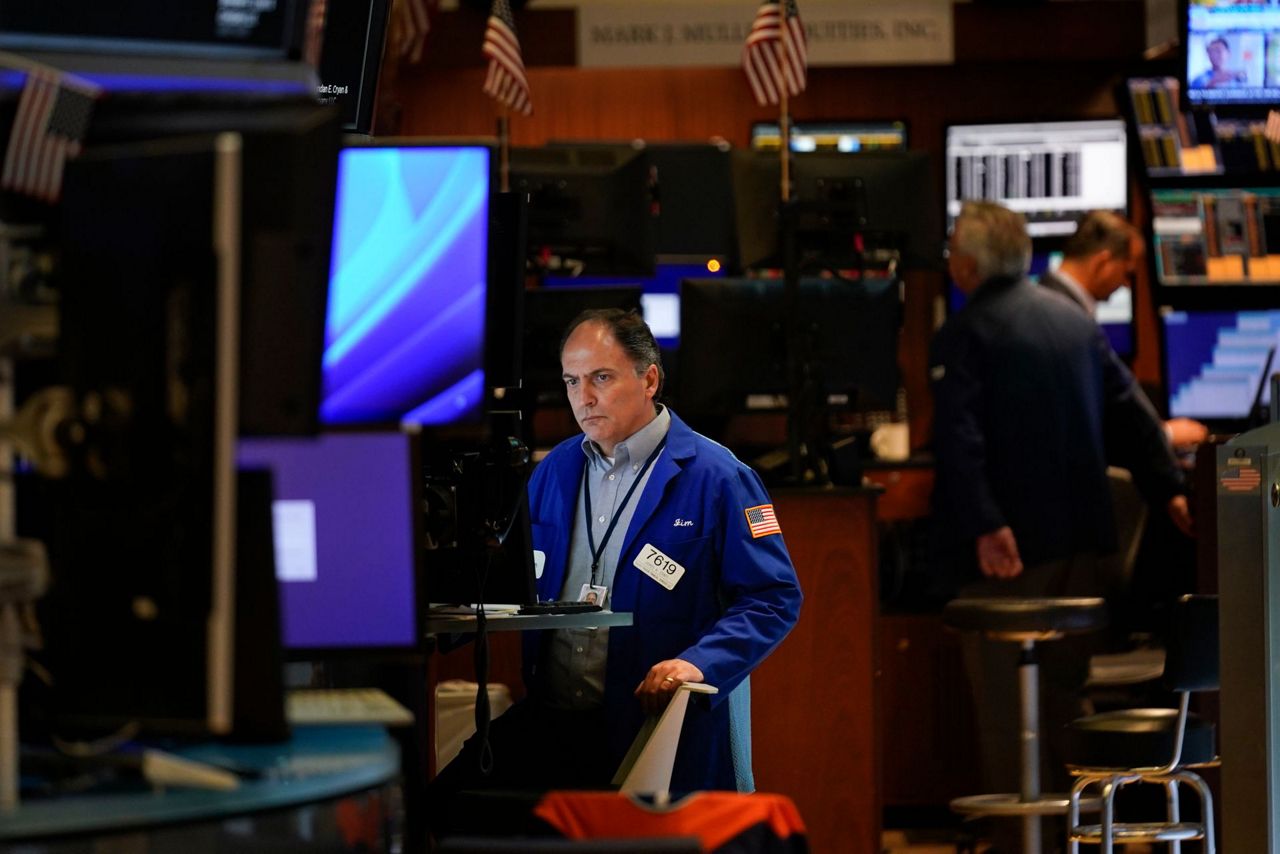 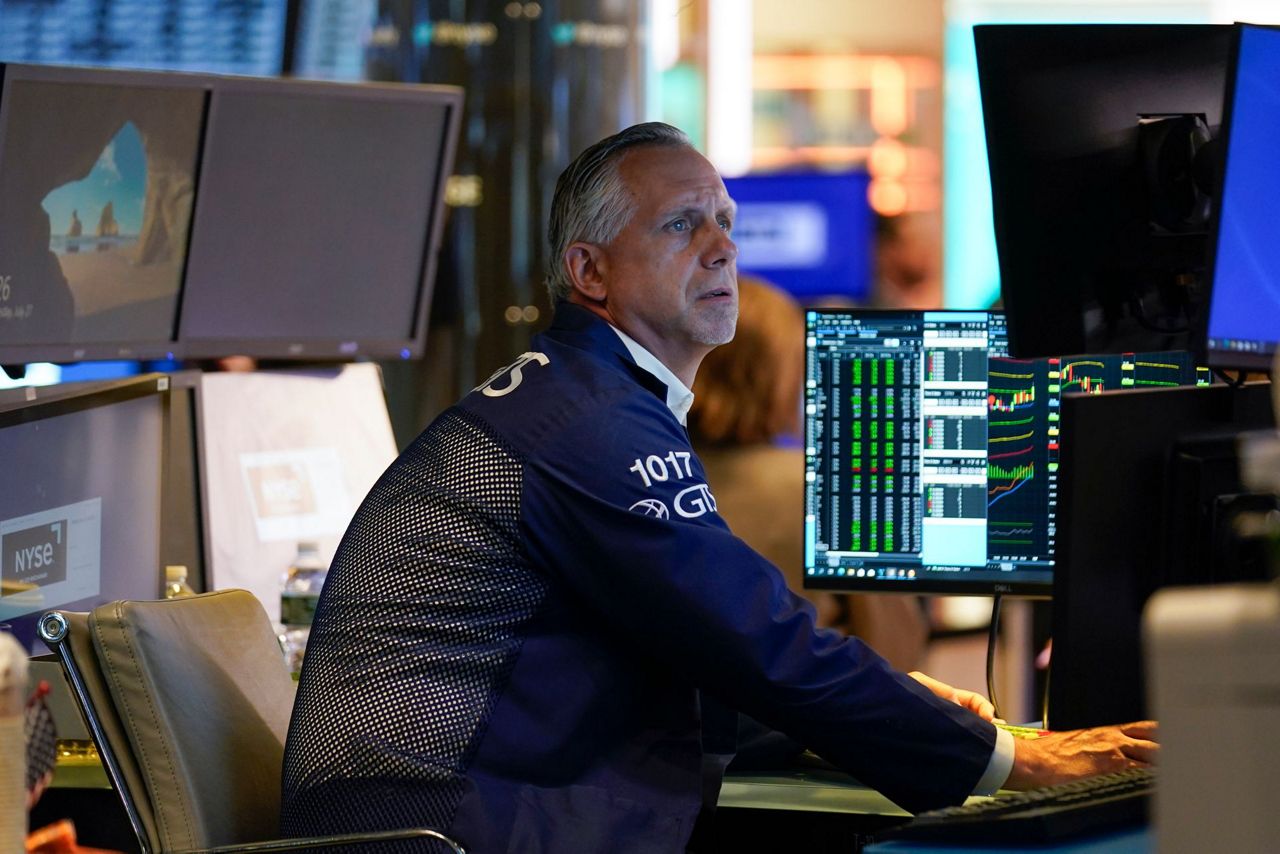 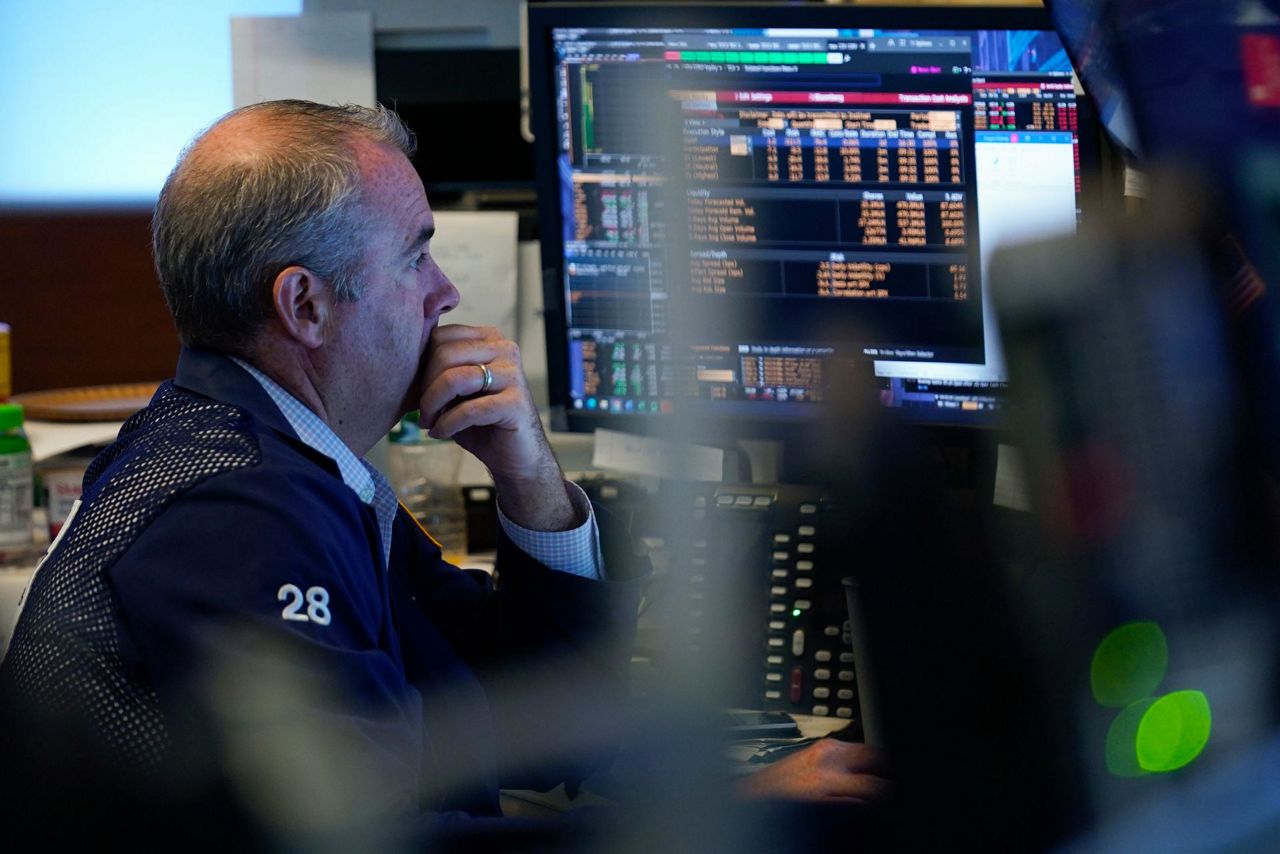 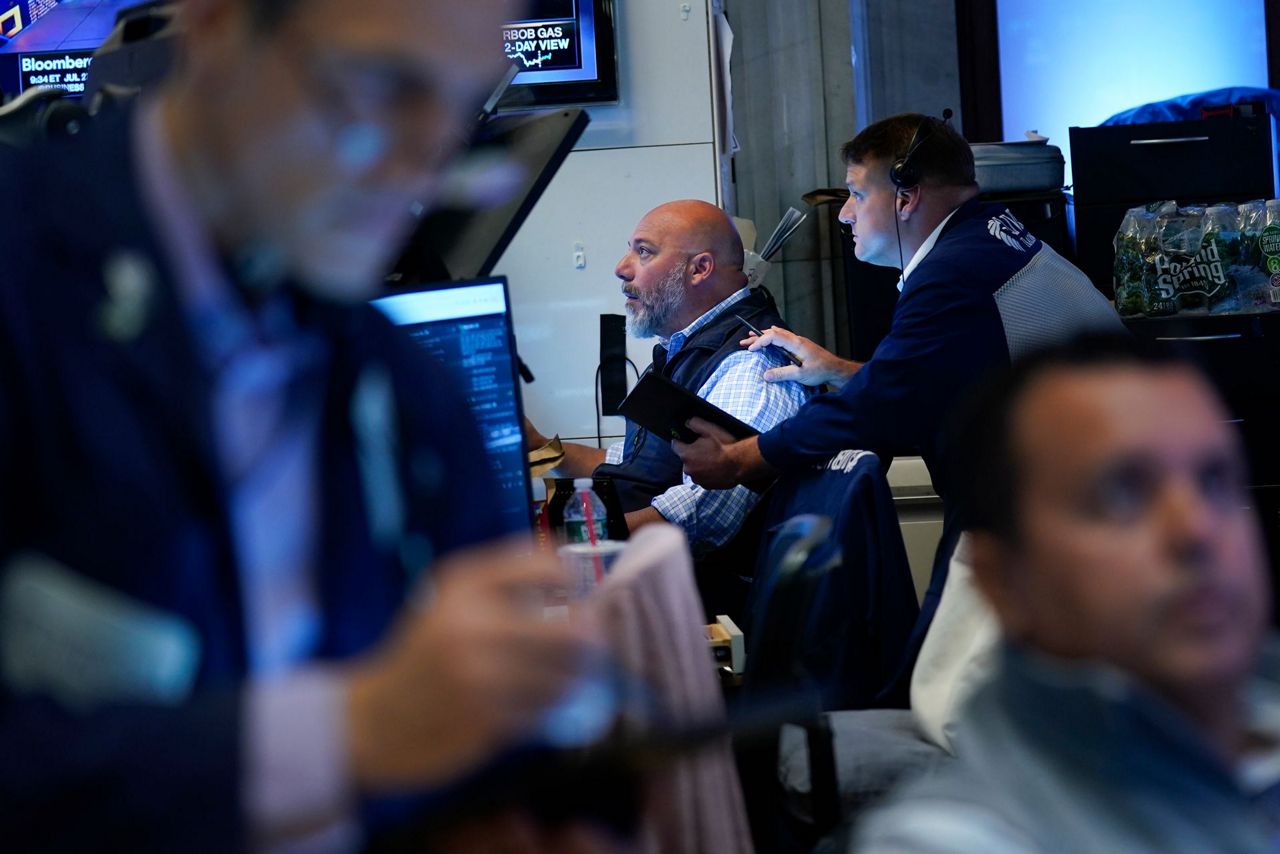 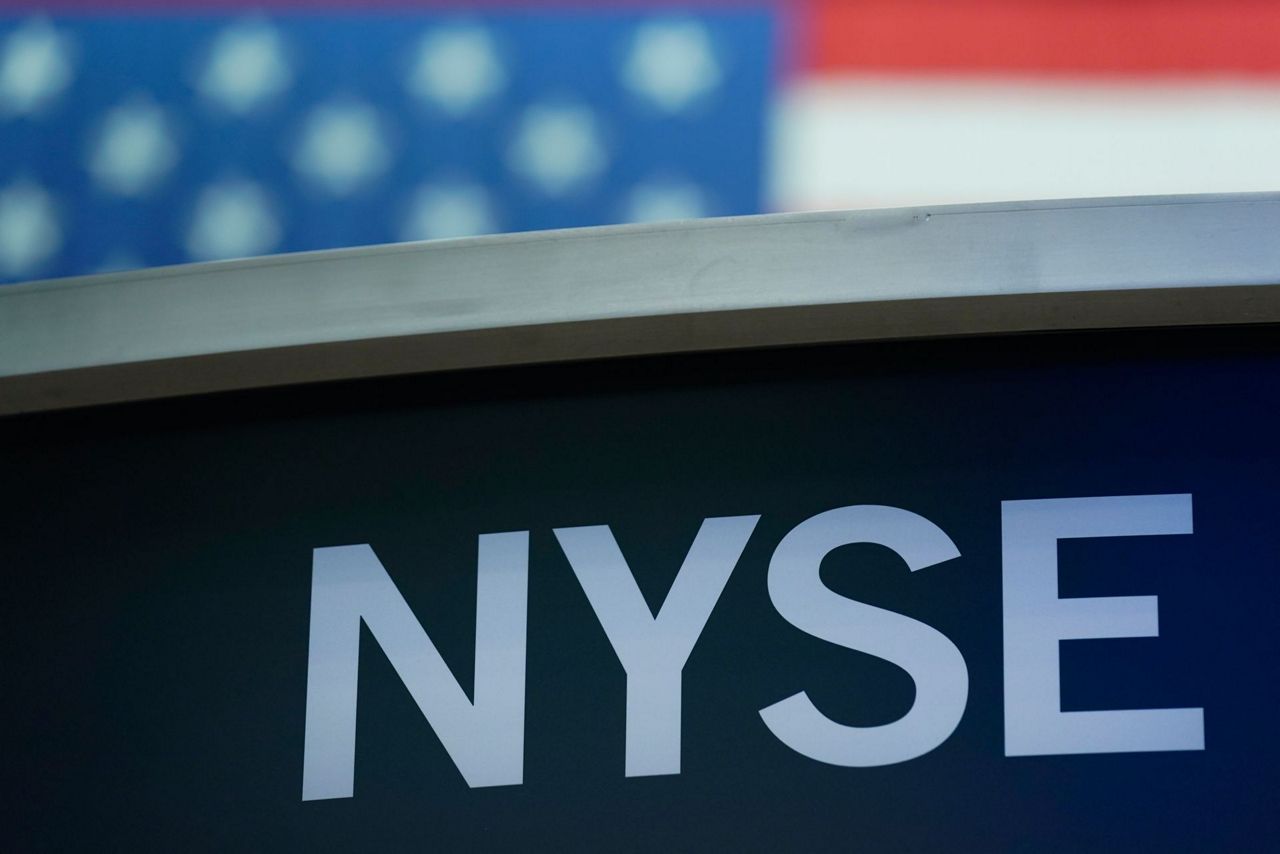 Stocks on Wall Street are closing solidly higher Wednesday after the Federal Reserve ratcheted up its campaign against surging inflation by raising its key interest rate three-quarters of a point. The Fed’s latest hike lifts the benchmark short-term rate to its highest level since 2018. The S&P 500 gained 2.6% and the technology heavy Nasdaq jumped by the most in over two years. The Dow Jones Industrial Average also closed higher. Strong earnings from Google’s owner Alphabet, Microsoft and other companies helped lift investors’ mood.

Stocks on Wall Street are solidly higher in afternoon trading Wednesday after the Federal Reserve raised its key interest rate by a widely expected three-quarters of a point as the central bank ratchets up its campaign to quell surging inflation.

The Fed's move, its second three-quarters of a point hike in row, raises its benchmark short-term rate to the highest level since 2018.

Stock indexes were little changed initially after the release of the Fed policy statement, but are adding to their gains in late-afternoon trading. The S&P 500 was up 2.6% at 3:10 p.m. Eastern, after having been up around 1.3% before the Fed announcement. The benchmark index's latest gains more than make up for its losses from a day earlier.

The Dow Jones Industrial Average was up 1.5% and the technology-heavy Nasdaq Composite was up 4%. Smaller company stocks also gained ground, lifting the Russell 2000 by 2%.

Bond yields turned broadly lower. The two-year Treasury yield, which tends to move with expectations for the Fed, fell to 3.01% from 3.06% late Tuesday. The 10-year yield, which influences mortgage rates, fell to 2.74% from 2.79%.

Wall Street had correctly predicted the size of the hike, which is triple the usual size and the Fed's fourth rate hike this year.

Such increases make borrowing more expensive, slowing the economy. The hope is that the Fed and other central banks can deftly find the middle ground where the economy slows enough to whip inflation but not enough to cause a recession.

The central bank’s decision comes as inflation has accelerated to 9.1%, the fastest annual pace in 41 years.

“With inflation ticking higher again in June, a 75-basis point hike was certainly warranted and the Fed delivered,” said Charlie Ripley, senior investment strategist at Allianz Investment Management. “That being said, recent economic data is now introducing a higher degree of uncertainty around the path of policy as we move forward from here.”

Stocks have been choppy this week following solid gains last week that were mainly fueled by better-than-expected reports on corporate profits.

Inflation remains at the forefront of investors’ minds, however. Markets were spooked Monday after retail giant Walmart warned that its profits are being hurt by rising prices for food and gas, which are forcing shoppers to cut back on more profitable discretionary items such as clothing.

The retailer’s profit warning in the middle of the quarter was rare and raised worries about how the highest inflation in 40 years is affecting the entire retail sector.

Meanwhile, some parts of the economy are already slowing because as the Fed has raised rates, particularly the housing industry. Sales of previously occupied U.S. homes slowed in June for the fifth month in a row as mortgage rates have climbed sharply this year. Expectations of higher overall rates has pushed up the 10-year Treasury yield, which influences rates on home loans.

Investors kept an eye on the latest batch of corporate earnings reports Wednesday, including strong earnings from Google's owner Alphabet and Microsoft.

Shares in Microsoft and Google parent Alphabet rose 6.7% and 7.9%, respectively, after their latest quarterly reports. Boeing shares slipped 0.1% despite the aerospace company reporting it delivered more planes in the first quarter than it has since the start of the pandemic.

Technology and communication services stocks accounted for a big share of the S&P 500′s gains. Nvidia rose 7.3% and Netflix added 5.1%.

Investors will get quarterly results from Ford Motor Co. as well as Facebook’s parent company Meta Platforms after the closing bell.