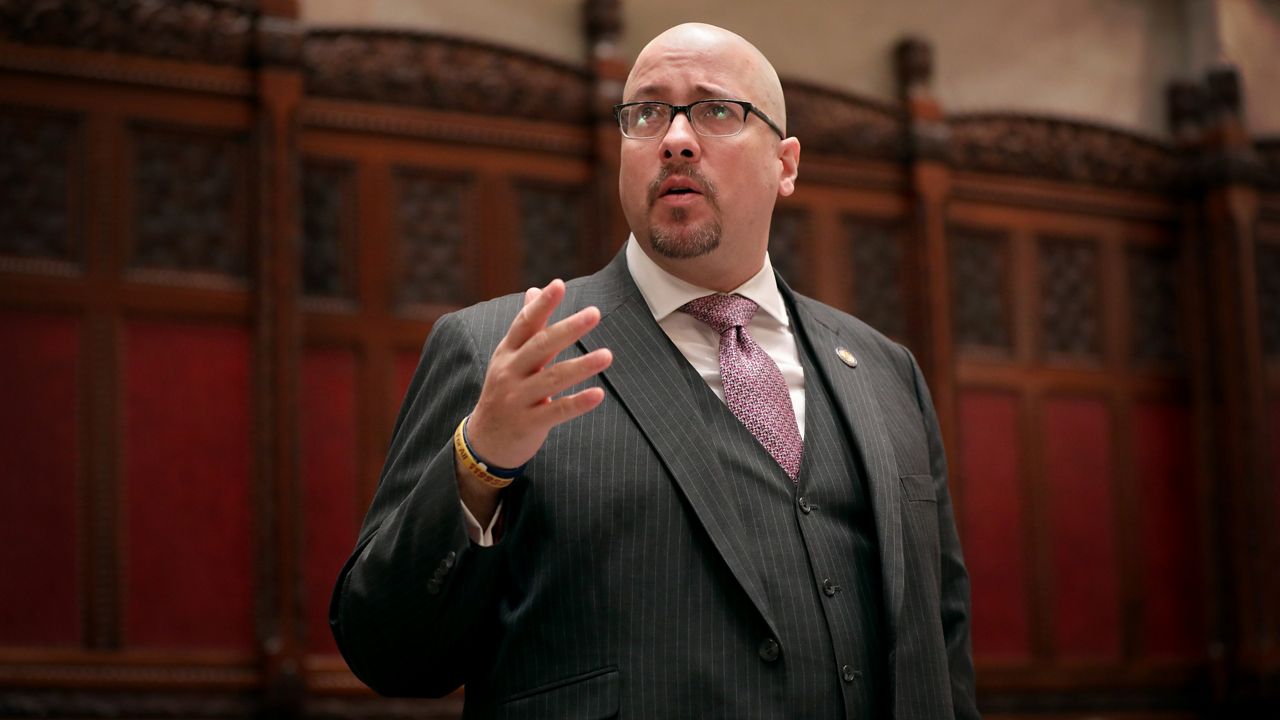 A breakdown of the city's hotly contested state Senate races

When a court-appointed expert known as a special master redrew the state Senate map earlier this year, state Sen. Gustavo Rivera’s home was drawn out of the district he’s represented for the last decade.

He ultimately elected to run in the newly redrawn 33rd District, which now extends into the northwest Bronx. But his new opponent, Miguelina Camilo, had already won the backing of the Bronx Democratic Party when she was planning to run in a different district.

“Ultimately I’m saddened that they chose to support someone because of the relationship and the loyalty that they have to the party apparatus,” Rivera told NY1 in a recent interview.


Other progressive Democrats, like Manhattan state Sen. Robert Jackson, are also facing fierce challenges. Jackson’s district, which stretched from Inwood to Hell’s Kitchen, was reconfigured to include parts of the Bronx, and is now two-thirds Latino.

That could work to the advantage of Angel Vasquez, a Dominican-American who has the backing of Rep. Adriano Espaillat.

“It’s important for the Dominican community to have a seat at the table,” Vasquez recently told NY1.

And in Brooklyn, state Sen. Jabari Brisport, an unabashed leftist backed by the Democratic Socialists of America, represents the 25th District, which includes Clinton Hill and Bedford-Stuyvesant.

Then there’s state Sen. Andrew Gounardes. He represents Brooklyn’s 22nd District, which includes several neighborhoods in south Brooklyn. But he’s now running in the 26th District, which still includes his home in Bay Ridge but extends up through Sunset Park into brownstone Brooklyn.

That could be friendly territory for his opponent, David Yassky, a former City Council member who lives in Brooklyn Heights.

“I really haven’t heard a good reason articulated why I have not been able to serve my district or I would not be able to serve this newly redrawn district,” Gournades told NY1.

Yassky said: “I think I have a much deeper, much broader understanding of the neighborhoods of this district than the other candidate does.”

Finally, there’s the open seat in the 59th District, covering parts of western Queens, north Brooklyn and the east side of Manhattan.

To her left is Kristen Gonzalez, backed by the DSA and the likes of Rep. Alexandria Ocasio-Cortez.

“Unlike the others running, I have the experience of being in the Council, and delivering when it matters most,” Crowley said in a recent interview.

During her time in the Council, though, Crowley represented an area of central Queens that does not overlap with the 59th Senate district.