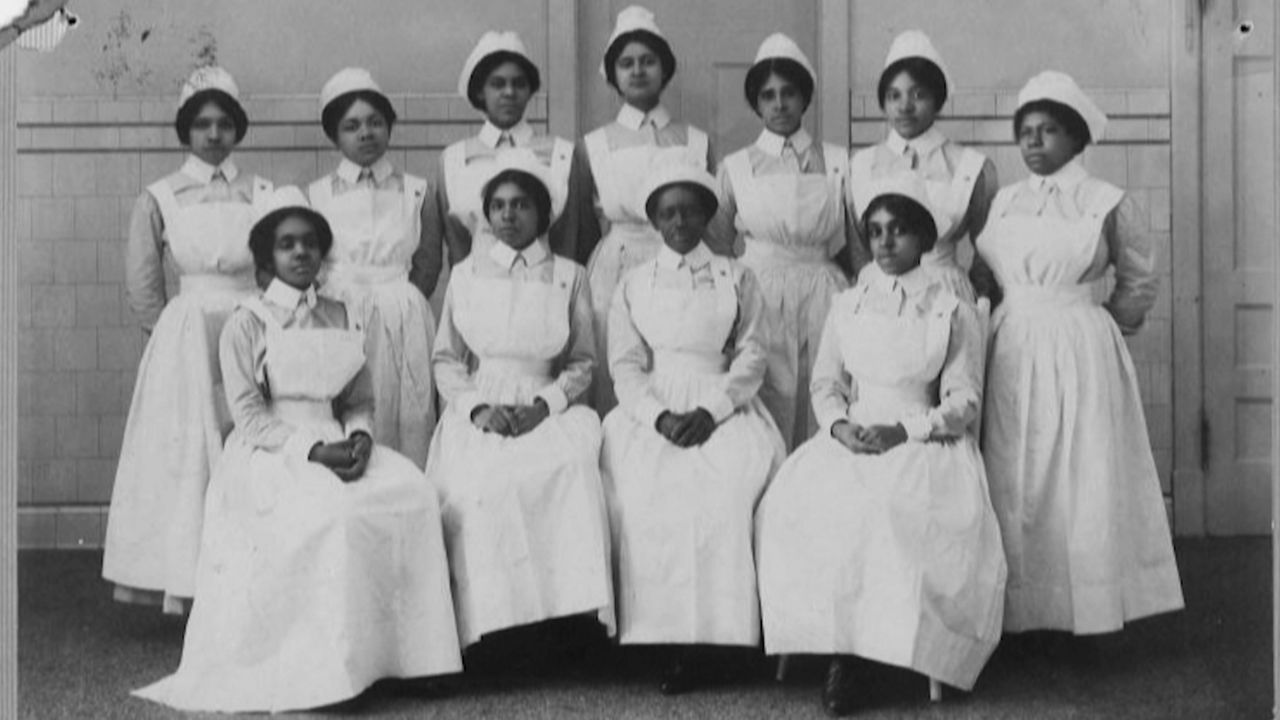 Looking Back On A Historic U.S. Nursing Program For Black Women

NEW YORK - Nurses have been at the forefront of this pandemic, and in this city, many are of color.

But if you go back to the late 1800s, there was only one place in the entire country where Black women could go to learn about nursing - Lincoln Hospital in the Bronx.

The history of the Lincoln School for Nurses is rarely talked about, but the rich history is documented in black and white photos and other historical items in the lobby of the health facility. It was the first school in the United States to teach nursing specifically to Black women.

"Lincoln School for Nurses came into existence to care for patients of color,” said 81-year-old Malinda Selby, a former student. “We just took the ball and went on from there.”

The school opened in the Bronx in 1898 with a graduating class of six women, but as it grew, the school attracted students from all over the country, parts of the Caribbean and Africa.

"I wanted to become a nurse, but where I lived in Pennsylvania, they didn't have any schools, but all their schools took white students,” said Lois Lawrence, who’s 91 years old. She graduated from the school in 1951.

More than 1,800 women graduated from Lincoln before it closed in 1961. The all-girls school created a sisterhood. Today, not that many graduates are still alive, but they remain connected through a phone call every month.

“When I went back home to the neighborhood and told them I was in nursing school, they were very proud you know,” Malinda Selby added.

Their experiences as nurses included facing racism, but they always stood tall.

“We were taught to take charge and look beyond that and just do what we came there to do - practice nursing,” said Selby.

She was part of the last graduating class in 1961. She is also the president of the Alumni Association which is down to a handful of active women.

They are most proud of the legacy they left behind, one that is filled with providing great care for their patients, most of whom were Black.

The CEO of Lincoln Hospital says he is reminded of that history every day, especially in the age of COVID.

"The community has changed, but still primarily of people of color,” Milton Nuñez said. “This is a community that suffered significantly through the COVID crisis, and we want to make sure we are responsive to the community however it changes over time. It's a rich history that you have to add to."