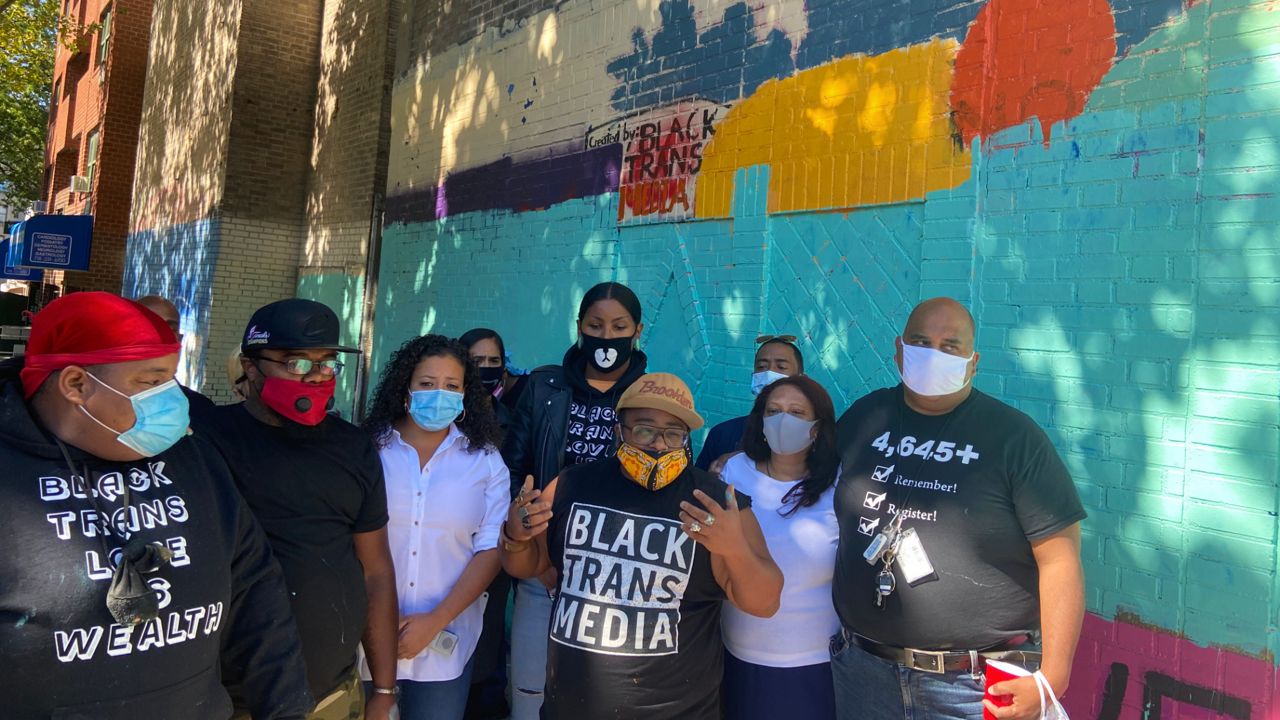 NEW YORK - It was meant to be an uplifting symbol for those who feel marginalized. A mural, on East 204th street in Norwood—was a tribute to the Black Trans Community. It has now become a reminder that the fight for equality is far from over. It was defaced and inscribed with hateful and homophobic slurs.

“Your rights are human rights. The people opposing you are clearly standing on the wrong side of history,” said Ischia Bravo, the District Manager of the local community board.

On Saturday, local leaders and supporters of the black trans community gathered to denounce and remedy the act of vandalism with a new mural.

Police say they believe it happened sometime between Wednesday and Thursday. They suspect a group of people spray painted the mural. The hate Crimes Task Force is investigating as several other walls in the neighborhood were also tagged with homophobic messages.

“Our lives are not any less valid than anyone else’s. Sadly, too often when we speak about Black Lives Matter, all black lives are not centered. This is why murals like this matter and are important," said Elisa Crespo.

The mural is the work of Black Trans Media, a Brooklyn-based group that advocates for Black Trans people through the use of media and giving back to the community.

“You can’t erase people. You can’t erase whole lines of people that always existed. It shows, yeah you did this, but that’s not stopping nothing,” said the mural's artist, Xeno Loionus.

Organizers of the rally say the timing of this targeted act of vandalism is especially painful. They are mourning the passing of Supreme Court Justice Ruth Bader Ginsburg, who used the power of the gavel to help enact previously denied rights for the LGBTQ community.

“Seeing our champion has left us, it did bring me down for a little bit. This morning I woke thinking no, I’m continuing her fight, by speaking up and making our space. And creating our space in the areas we need to be in,” said Assemblywoman Nathalia Fernandez.