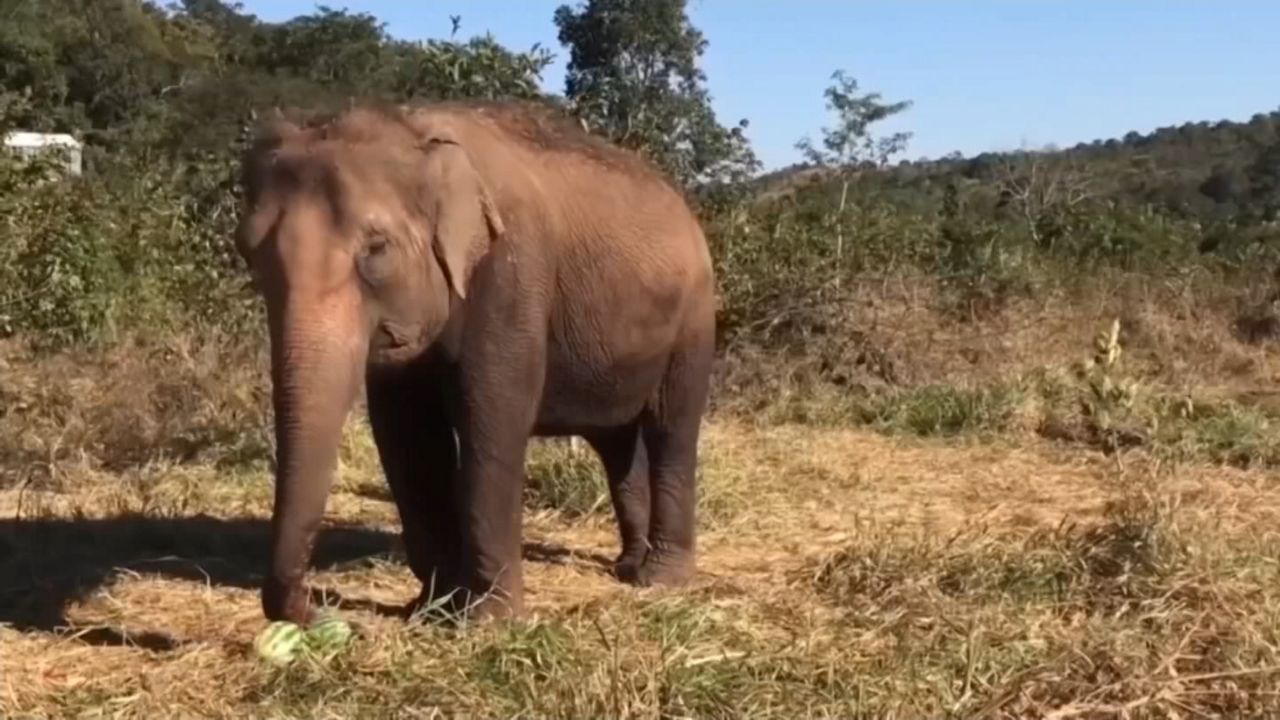 Judge Rules ‘Happy the Elephant’ Not Entitled to Human Rights

Nine-year-old Olivia Hoyos made sure to buy a toy elephant during her visit to the Bronx Zoo. Elephants, she says, are her favorite.

“To me that they’re big animals and they’re very smart,” said Hoyos.

Olivia didn’t get to see Happy the elephant on this day because of the cold weather, but the pachyderm should be here the next time Olivia visits.

That's because a Bronx judge this week rejected the argument by an animal rights group that Happy has enough human-like qualities to entitle her to the same legal right to freedom as a person.

But the group, the Non-Human Rights Project says the fight is just getting started.

“We are used to this process of beginning in the trial court, not getting what we ask for but making some incremental progress that we can use on appeal in a higher court,” said Kevin Schneider, Attorney, Non-Human Rights Project, Executive Director.

Attorney Kevin Schneider says while Judge Alison Tuitt did not grant Happy human-like rights, he’s encouraged by the language in her decision. The judge expressed sympathy for Happy’s “plight” and acknowledged the elephant has intelligent abilities akin to humans but that under state law Happy is not entitled to human rights.

“For us, it means we are getting close to a point where judges feel they can get the other decisions out of the way,” said Schneider.

He’s talking about similar legal cases that the group has brought to protect other animals, including chimpanzees, but lost.

A spokeswoman for the Wildlife Conservation Society which operates the zoo said the attempts to compare zoo animals to the unlawful imprisonment of people, “demeans all the people who have sought such relief.”

The Non-Human Rights Project is planning to appeal the judge’s decision. Some zoo visitors we spoke to say they see the merit of both sides.

“I don’t think the elephant is in any danger, but yeah that’s something to think about in the future, not taking all of these animals out of the wild,” said zoo visitor Peter Hoyos.

“I think the Elephant should stay. Elephants have feelings and everything, but after all—they took care of him all this time and the elephant is good,” said Anthony Harrell, another zoo visitor.

A zoo spokeswoman also told NY1 that Happy gets great care here and that they have absolutely no plans of sending the elephant to a sanctuary.