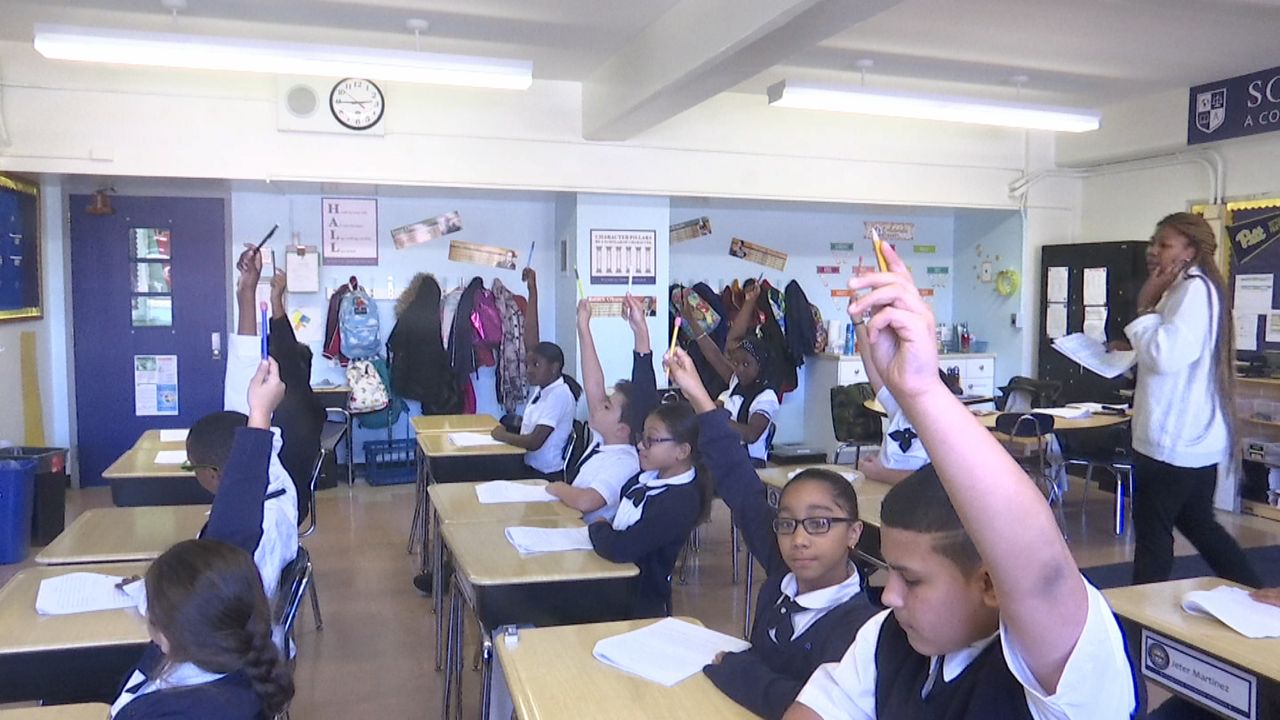 Fifth graders at the school are studying Latin, and have been since third grade. School founder Lester Long says it builds the students vocabulary in English and Spanish, since both languages have roots in Latin.

"It also frankly is an opportunity to provide an elite education to people who unfortunately have never really had that experience," Long said.

The seven-year-old school just won a National Blue Ribbon award, given to high-performing schools that are closing achievement gaps among students.

In the last academic year, more than 87 percent of the school's students were proficient in English, and 93 percent in Math, well above the local, city and state averages for public school students.

The student population here is almost entirely black and Hispanic and 91% are economically disadvantaged.

"One of the most important things at Classical is that we build a system that is reliable, a system where scholars all over the Bronx get the best education possible," Long said.

The rules here are strict; students must wear uniforms, walk silently in the hall and sit in "scholar position," with hands folded on their desks. But despite the high marks and strict code of conduct, this school and the three others in the Classical Charter network haven't courted as much attention or controversy as other charter networks.

Classical Charter Schools now has four schools across the South Bronx. But with a waiting list of 7,000 students, the school would like to expand further.

For now, that's impossible, thanks to a state law capping the number of charter schools that can open in New York City.

"We have students who are commuting two hours each way to come to this school, and that's just unacceptable to us, we would like to grow more schools so that we could afford more kids opportunities in the Bronx," school director Leena Gyftopoulos said.

Christopher Mitchell, a fifth grader, has a 45-minute commute to and from school, but he says it's worth it.

"I think the thing that makes it different is I get a lot of work, and work very hard and other schools I don’t think will teach me that well."