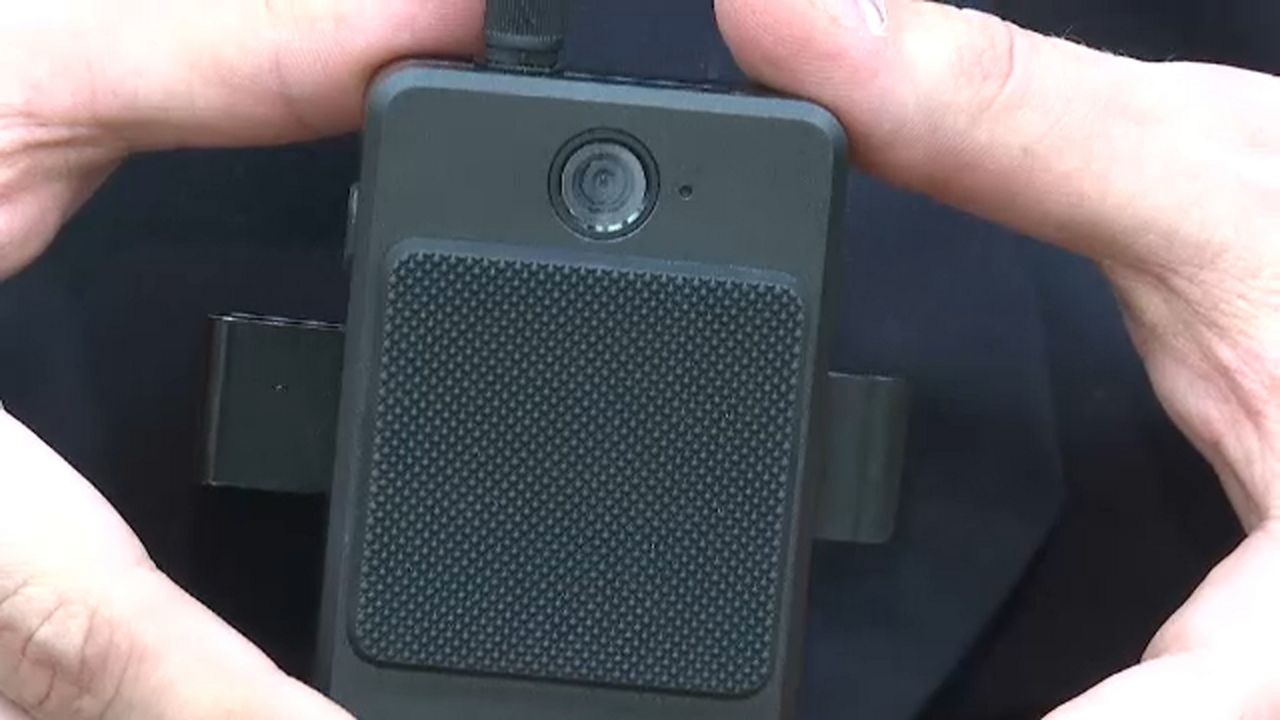 A file image of a body camera.

Nearly 3,000 NYPD Body Cameras Pulled After One Explodes in a Staten Island Precinct

Nearly 3,000 body cameras are being pulled off the streets after one exploded inside a Staten Island precinct overnight, NY1 has exclusively learned.

It happened early Sunday at the 121 Precinct stationhouse as a patrol officer prepared to head out for the midnight shift. He noticed smoke coming out of the bottom of the device and took it off his shirt before the unit exploded. A photo of the exploding body camera, which the NY1 investigative team obtained, can be seen in the video above.

The officer wasn't injured, but it appears this was the result of a defect that causes the camera's battery to ignite.

16 precincts across the city use these cameras, the Vievu LE5, and as a result Police Commissioner James O'Neill is prohibiting officers from using them until the defect is fixed.

In a statement, an NYPD spokeswoman said, "Nothing is more important than the safety of our officers, and equipping the NYPD with the best equipment is a paramount priority. All officers assigned LE-5 cameras were instructed to immediately remove the cameras and bring them back to their commands. The Department is in the process of collecting and removing the LE-5 cameras from the commands."

There are 2,990 of this specific camera in use in 16 precincts across the city. In total, the NYPD has deployed 15,500 body-worn cameras. The earlier version, the LE4, is not affected by the defect.

The NYPD launched its body camera pilot program in 2017, and is on track to equip all 22,000 patrol officers with cameras by the end of 2019.

The city's largest police union, the Patrolmen's Benevolent Association, declined to comment on the incident.

But the use of body cameras has been a sensitive issue with the union for years.

The police department moved to adopt body cameras after a Manhattan federal judge ordered the department test them as a way to curb stop-and-frisk searches of black and Latino men that she ruled unconstitutional in 2013.

The police union, which is fighting to block the public disclosure of encounters on police body cameras, won a major victory last month, when a state appeals panel blocked the release of NYPD body camera footage until it hears arguments in November. The Patrolmen's Benevolent Association says the department's release of footage is "illegal and arbitrary."

In a separate case, NY1 has sued the NYPD to get access to the footage from the 2015 pilot program, arguing that the video is part of the public record.

Main story image above: A file image of a body camera.