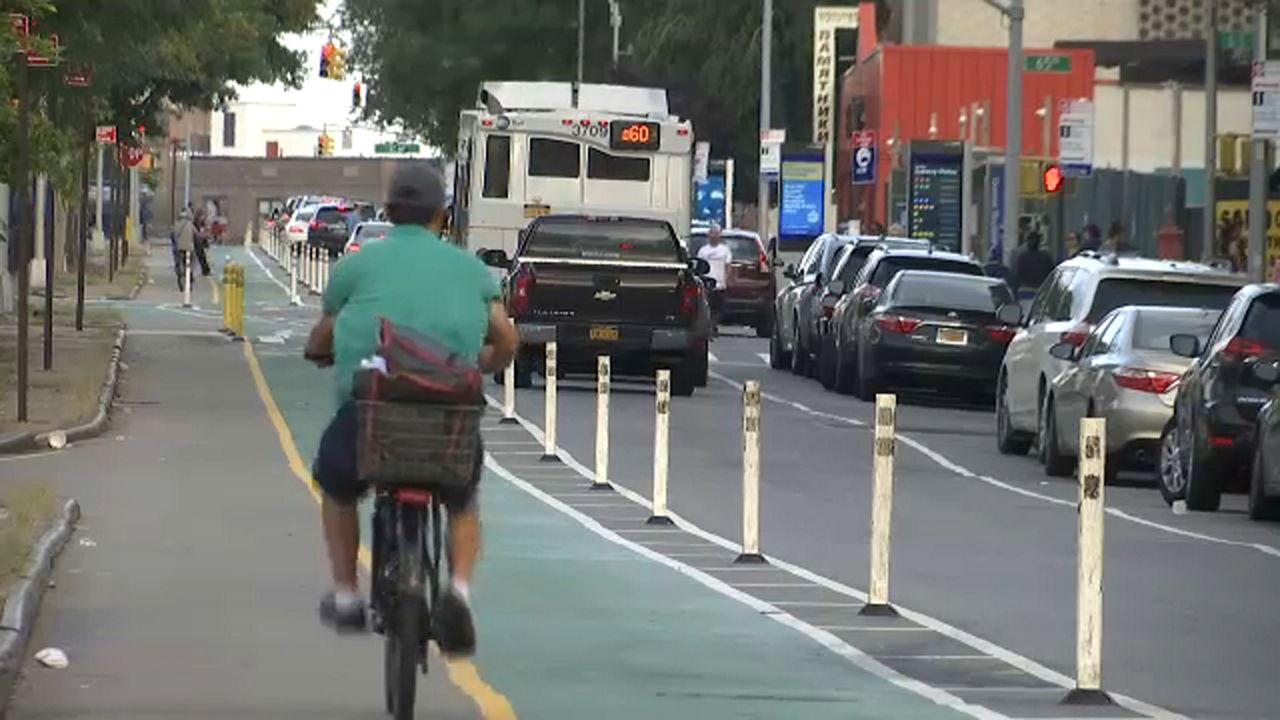 Are many cyclists even using bike lanes in this portion of Queens?

Along a stretch of Queens Boulevard in Rego Park, two longtime businesses recently closed down — Eric's Shoes and Ben's Best, which had been serving up deli sandwiches for 70 years.

Business owners say bike lanes, which were installed last year, are to blame.

"People have no parking lot, so it's hard to shop around," said Taehong Lee, the owner of Country Boy Farm Market.

Taehong Lee says business at her market fell more than 30 percent after the bike lanes opened. Even more upsetting, she says, is that cyclists rarely use the lanes.

"I don't really see people bike the area, in this dangerous road," the business owner said.

It's a complaint NY1 heard from almost every store on this strip. So, we decided to see for ourselves.

The lack of cyclists, along with complaints from businesses, is a major reason why the local community board voted down a proposed extension of the lanes from Yellowstone Parkway to Union Turnpike.

Still, the city transportation department is moving ahead with the project, which will wipe out another 200 parking spaces. Now, business owners along that stretch of the boulevard are worried.

"I've had business owners tell me they may not renew their leases here," said Leslie Brown, the president of Forest Hills Chamber of Commerce.

Suzanne Scholten, who owns the Bamboo Moves yoga studio, says she is concerned about the effect on clients who drive. But she's trying to be optimistic. "This may bring about change in a positive manner and, potentially, people will bike more," she said.

But it is not clear what kind of analysis the transportation department conducts before installing bike lanes, an initiative unfolding across the city.

"We collected surveys and feedback from businesses and community members through workshops, online interactions and real-time engagements," the transportation department said in a statement.

The department said that since the lanes were installed, no pedestrians or cyclists have been killed along what had been called the Boulevard of Death. Some business owners say they can only hope their stores and restaurants survive as well.