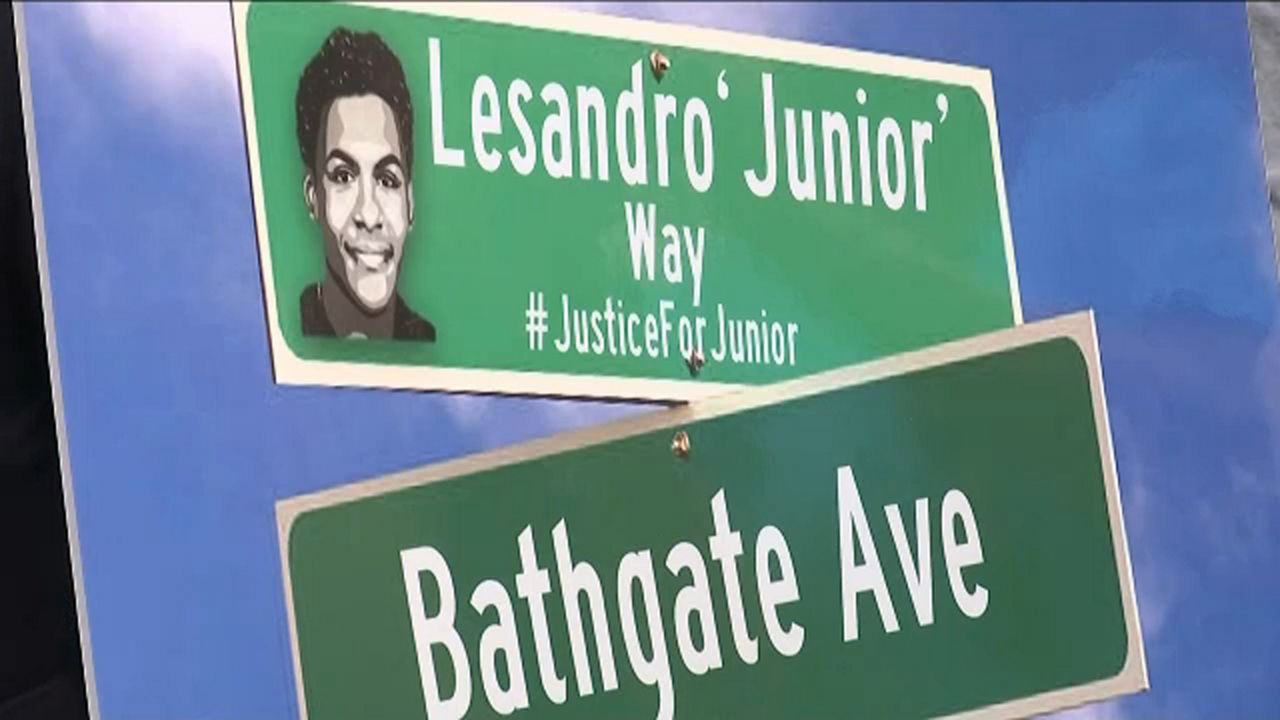 A street in the Bronx is set to be renamed to honor a teenage boy fatally stabbed outside a Bronx Bodega last month.

The corner of East 183rd Street and Bathgate Avenue will be named after 15-year-old Lesandro Guzman-Feliz.

The teen, known by family and friends as "Junior," was attacked at that corner back in June.

Authorities say a group of alleged gang members dragged him out of a bodega and stabbed him repeatedly.

Twelve men have been charged in his death.

Lawmakers and other community members joined Junior's family at the corner for the announcement.

His mother says she hopes her son's death opens eyes.

"Maybe the people are going to remember the tragedy and they will try to be a better person in the future. With different feelings, with different heart. Because, what they did with my son, there was nobody with heart to help him. // Especially the parents, when they see that sign to say 'hey take care of your kids more.' Have their kids in programs, have their kids join the explorers. Have their kids do something."

The City Council is expected to approve the street renaming by the end of the year.