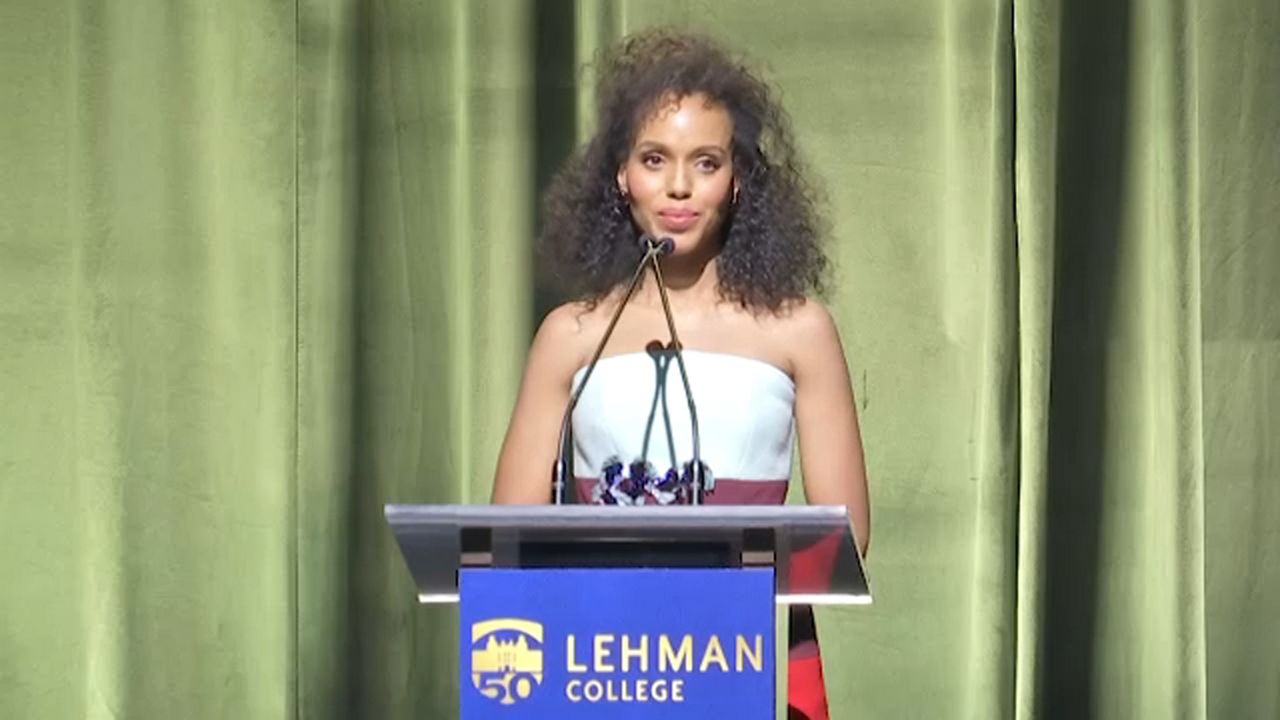 Kerry Washington doesn't shy away from her Bronx roots

What many people do not know is that Olivia Pope is from the Bronx. Well, at least the actress who portrays her is.

"I am, you know, I am so proud to be a girl of the Bronx," Kerry Washington said. "I think being from the Bronx is a big part of who I am and how I walk in the world."

Washington stands tall as an actress, winning Emmy and golden globe nominations for her portrayal of Olivia Pope.

With the series ending after seven seasons, Washington was honored at Lehman College's 50th annual leadership dinner, receiving the award for artistic achievement.

"I think I owe a lot of my ambition and work ethic and determination to the fact that I was raised by two hard-working parents in the Bronx," she said.

Washington grew up on Pugsley Avenue in the Castle Hill area. As a girl, she spent time on Lehman's Bronx campus, where her mom was a professor.

She went on to graduate Phil Beta Kappa from George Washington University.

At the gala, she encouraged students to reach for the stars through academics.

"That's very important to me, that everybody, whether you are from the Bronx or from other some other community, that you have access to quality education," Washington said.

"Know that is possible. Just go for it. Know that it is possible," she added. "There are places where you can get the resources that you need to transform your life."

Being from the Bronx, or the BX, as many in the borough call it, the Hollywood star doesn't shy away from her roots.

"I don't know about my Xs, I don't know if I've ever thrown my Xs, but I am very, very proud," Washington said.

Her parents are very, very proud as well of a daughter who they also consider an advocate.

"The most important thing is making a difference in not only your life but the lives of other people, and that is what she does," said Valerie Washington, Kerry's mother. "She embraces people, she supports them, she has a generous heart, and she wants people to get the best that they can get."

"She is just a fantastic young lady, and we are so proud to have her as our child," said Earl Washington, Kerry's father.

There is only one episode of "Scandal" left, and I thought I could get her parents to spill the beans on what's going to happen in the series finale.

She has never told us anything in seven years," Kerry's mother said.

"Seven years, that is the truth," Kerry's father said.

Of course, Washington's parents know not to cross Olivia Pope.