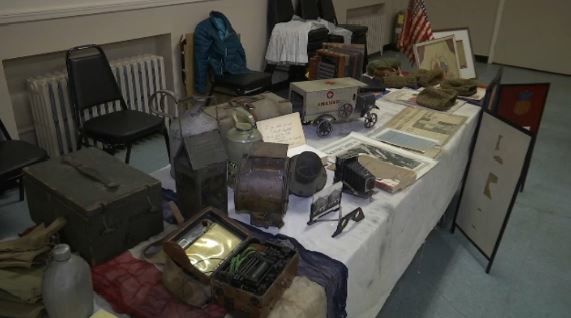 An event in the Bronx combined both New Yorkers love for all things vintage and a celebration of an important historical milestone on Sunday.

This November will mark 100 years since the end World War 1 and to commemorate the anniversary, the World War 1 Centennial Committee hosted their second annual Great War Swap and Sale.

Attendees had the opportunity to buy, swap, and sell items from the time period.

Organizers said it's important to remember the era because it still has an influence on so many things today.

"World War I kinda gets over shadowed by World War II and other conflicts we've been in, so it's kind of fading from memory. There are no veterans left that are living anymore that fought in the war. So, it's up to us to tell that story," said Kevin Fitzpatrick, Program Director for the WWI Centennial Committee for NYC.

Events are being held throughout the year to mark the milestone to find out more go to World War 1 Centennial Committee's Facebook page.