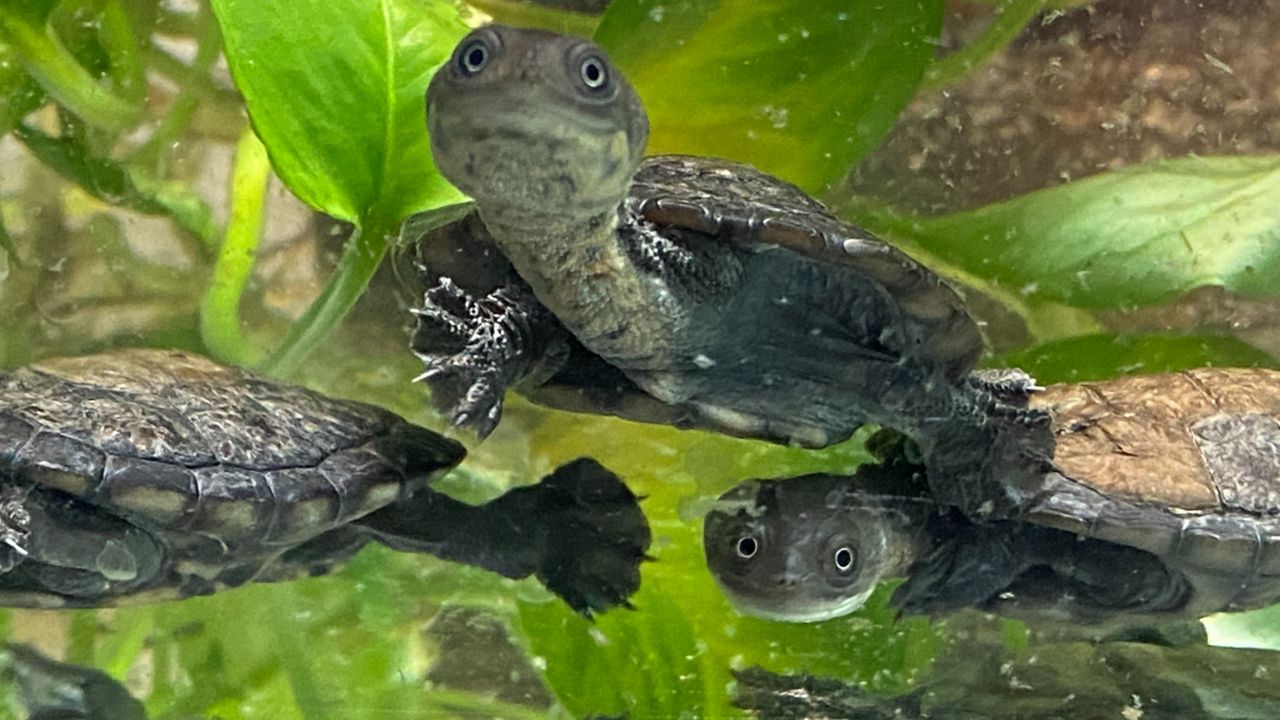 The Roti Island snake-necked turtle has not been seen in the wild for years. (NY1/Roger Clark)

Breeding endangered turtles in the Bronx

The Roti Island snake-necked turtle gets their name for their incredibly long necks.

The turtle, which is only native in Indonesia, is functionally extinct and has not been seen in the wild for years.

“These turtles here were decimated by [an] over collection for the pet trade, habitat destruction, things like that,” Jim Breheny, director of the Bronx Zoo, said.


The zoo is working to change that along with other accredited zoos and partners.

The Chelonian Propagation Center, which is what used to be the zoo’s Zebra House, is specifically designed to breed endangered turtles for release.

The center has four climate controlled rooms, two of them are biosecure — minimizing the turtles’ exposure to bacteria or disease that may affect other creatures and habitats in the wild.

“We needed extra space to dedicate to these breeding programs, and then also gain the environmental controls that we needed to ensure that we can breed these turtles successfully so this building has been great for us,” Kevin Torregrosa, curator of Herpetology at the zoo, said.

The Bronx Zoo recently sent 36 turtles bred at the facility and at partner zoos to the Singapore Zoo.

This is the next phase in the road to repopulating them in their natural environment on Roti Island.

“Our hope is by putting more turtles into the lakes that the population can re-establish itself,” Torregrosa said.

This is part of the behind-the-scenes work by the zoo and Wildlife Conservation Society with partners around the globe to help save endangered species and their habitats.

Many species are being driven to the brink of extinction because of human activities and climate change.

These turtles will hang out in the Bronx for a while before making their way to the place their species calls home, hoping to make it their home once again.