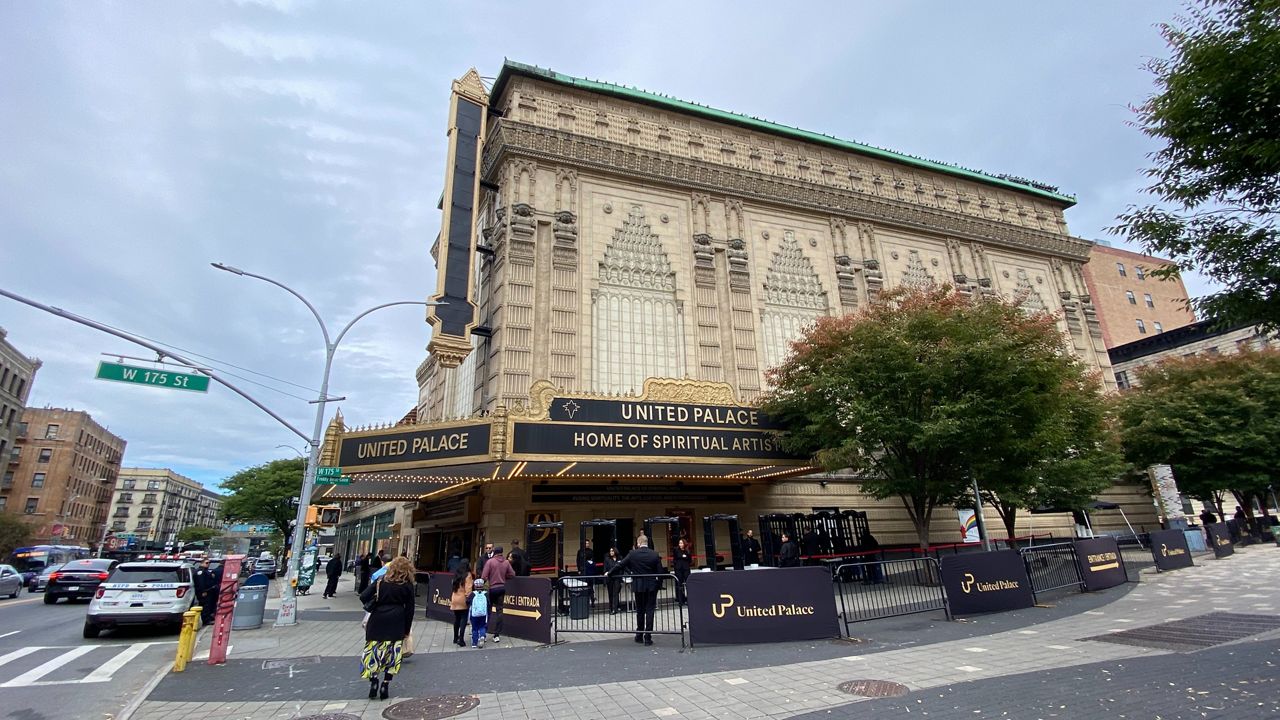 It was a return to a golden age of cinema at the United Palace in Washington Heights as Lin-Manuel Miranda hosted a free screening of the movie “Coco” on Sunday. It’s the last show this year in a free movie series designed to get neighborhood crowds back to the movies.

“The community has really come out. I get more props for this from my neighbors in my building than almost anything else I’ve ever done," Lin-Manuel Miranda said before the show.

Audiences voted on films to be played – including "Raiders of the Lost Ark" and "Black Panther." Miranda booked the special guests, including Steven Spielberg and Danai Gurira. For "Coco," it was Robert and Kristen-Anderson Lopez – the married songwriting team behind the Oscar-winning song “Remember Me.”

“We always are trying to sell Washington Heights to the larger New York community, so this is an opportunity. Whenever they ask how many people have been at the Palace before lots of hands go up, but when they ask is this your first time, lots of hands go up. So we know people are coming to the neighborhood, which is important to us.”

In the 1930s the United Palace was famous for playing films. That tradition returned in 2022 after a renovation funded in part by the Miranda Family Fund.

“We sprung for a new screen. We went halfsies with the community on getting an HD projector, and it’s just been amazing to see that get fulfilled every time we see one of these events," Lin-Manuel said.

“For me it’s different," Luis Miranda added. "I learned from Tip O’Neill that all politics are local, so making sure that our neighborhood has a first class theater that they can come for free. It’s is very, very important.”