2021 set records for greenhouse gases, according to NOAA report

The National Oceanic and Atmospheric Administration (NOAA) released a report in April about the amount of greenhouse gases in the atmosphere during 2021. They reported that methane set a record for the second consecutive year.

Methane is especially important to track because it traps warming in the atmosphere 25 times more than carbon dioxide. 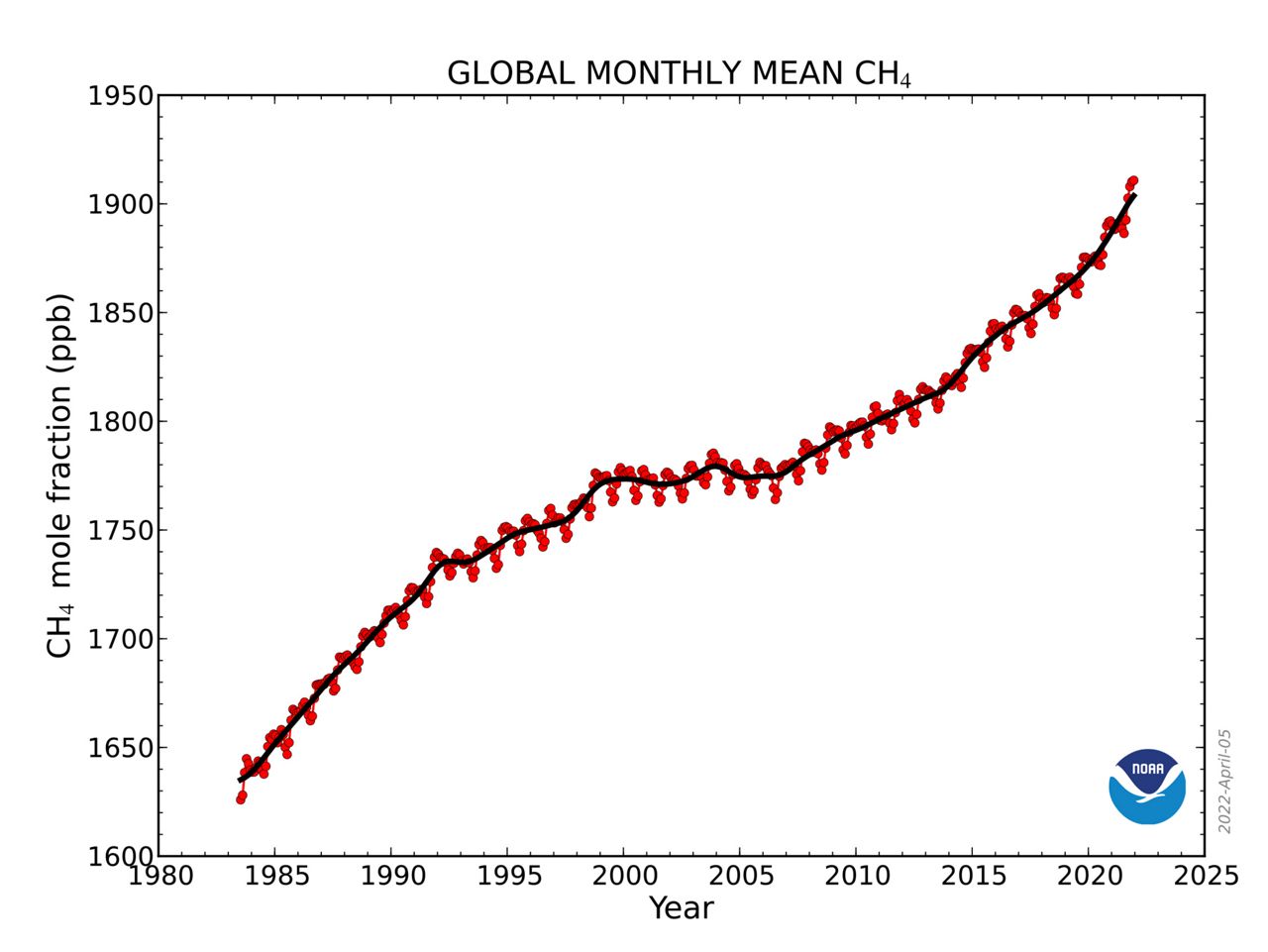 The two biggest contributors of methane to our atmosphere are natural gas and petroleum production and livestock.

The annual increase in atmospheric methane in 2021 was 17 parts per billion, the largest annual increase recorded since systematic measurements began in 1983. That's about 162% greater than pre-industrial levels.

The scientists in the report were alarmed by the trend. "Our data show that global emissions continue to move in the wrong direction at a rapid pace," said NOAA Administrator Rick Spinrad, Ph.D. "The evidence is consistent, alarming and undeniable. We need to build a Climate Ready Nation to adapt for what’s already here and prepare for what’s to come. At the same time, we can no longer afford to delay urgent and effective action needed to address the cause of the problem — greenhouse gas pollution." 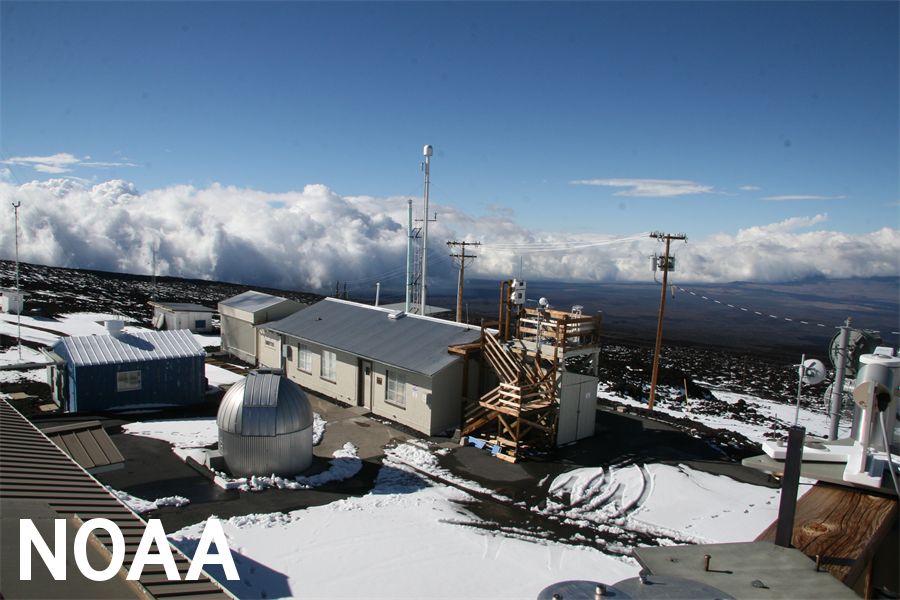 These gases are measured throughout the world, including at observatories like the Mauna Loa Observatory in Hawaii.

Methane is one part of the climate change issue that could be a bright spot. Our current technology can reduce methane emissions, and since the gas only lasts a dozen years, there is an opportunity to make quick progress in fighting climate change.

Some efforts to reduce methane include changing the food given to livestock. Also, at some landfills, methane is being trapped and turned into energy.