LIVE UPDATESHow Coronavirus is Impacting New York
GET OUR NEW APPOur new Spectrum News app is the most convenient way to get the stories that matter to you. Download it here.
Vaccine FAQHow to Get the COVID-19 Vaccine in NYC
You Decide PodcastThe Race for Mayor: Kathryn Garcia on Picking Up Trash, Life in Brooklyn, and Her Plans for New Yor‪k‬
Crosstown PodcastThe Return of Audience‪s‬
Off Topic/On Politics PodcastWhy Gov. Cuomo Is Accused of Sexual Harassmen‪t‬

It's Early February, And It's Already Our Snowiest Month in Over 5 Years

All right, we get it. It's winter and it snows, but seriously?

After a nearly snow-less winter a year ago, we've more than made up for it this time around, and specifically for the month of February. So far this month, Central Park is sitting at 19.9 inches of snow. That's already good enough for our snowiest month in over five years.

Quick reminder: we're not even to Valentine's Day yet, and we've got more snow coming up later this week. If things stay this snowy, we could be approaching a few records in the not-so-distant future.

You probably didn't need us to tell you that snow has taken a big bite out of the big apple so far this month. Of course, when you get a 15.4-inch snowstorm like we saw just a week ago and follow it up with a medium-sized 4.5-inch snowstorm a few days later, it makes Times Square look like the North Pole. 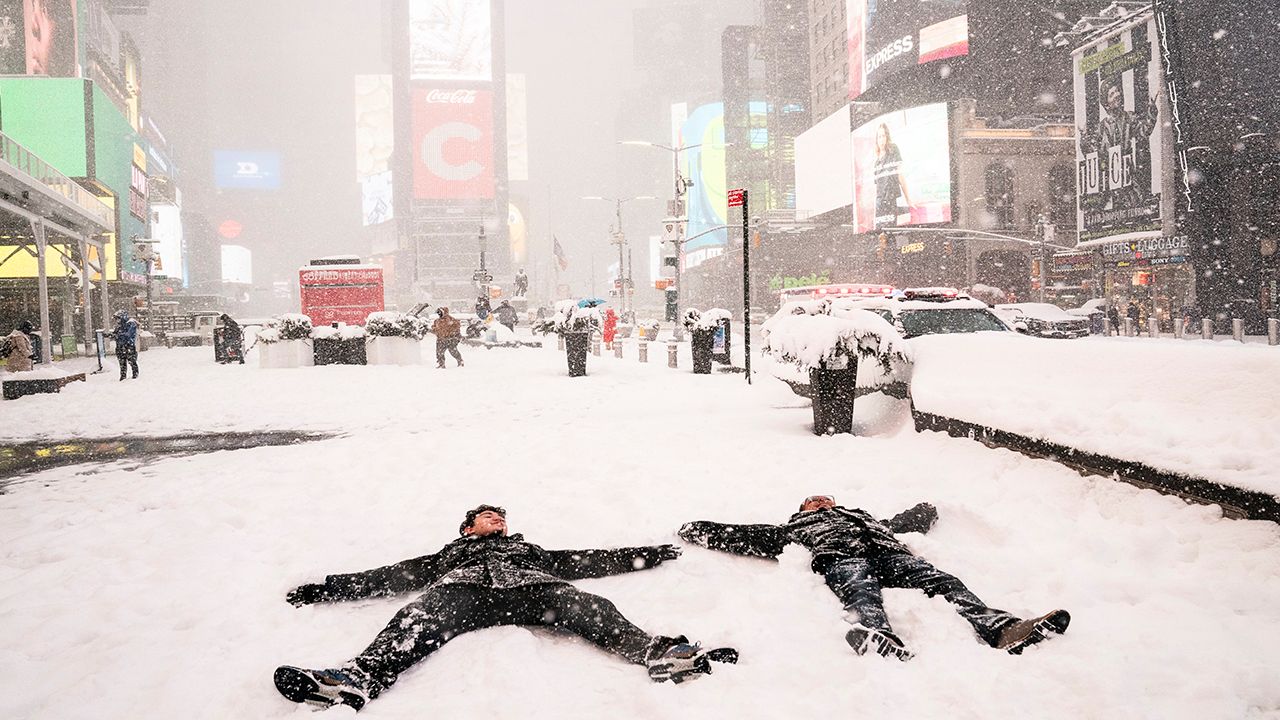 So yes, 20 inches of snow in a week is a lot. But is it potentially record-breaking?

While 20 inches of snow in a month is a lot, any long-time New Yorker probably knows this isn't the first time we've gone down this type of wintry rabbit hole.

New York City's snowiest month on record took place only 11 years ago back in February 2010, when Central Park picked up a whopping 36.9 inches. We'd probably need another big snowstorm like last week's to top that one, though with nearly three weeks to go in the month that's far from impossible.

In order for New York to crack a top-10 snowiest February on record (official records date back to 1869), we only need another 3.7 inches of snow. We could easily get there this week.

To get into the top-5 snowiest Februarys on record, we need another 6.5 inches of snowfall this month. That's also looking like a decent wager at this point.

Because New York City receives most of its snow in big clumps (often from nor'easters), 20 inches of snow in a month isn't that unusual. It happens, though usually you have to wait a couple of years in between exceptionally snowy stretches like the one we're in.

But if we add meaningful snow to that 19.9-inch total in the next few weeks, that's when we start getting into record territory.

This Snowy Pattern May Stick Around, Too

Looking beyond this week's snow chances - at this point, neither looks to deliver a blockbuster system like last Monday's - and we're generally looking at conditions more favorable for more cold and, yes, more snow.

The Climate Prediction Center (CPC) 8-14 day outlook puts New York and much of the Northeast in its colder- and wetter-than-average forecast zones. It's important to note that this is far from a guarantee that we'll see more snow, but it does mean we generally have favorable conditions for snow-lovers.

Finally, the CPC's overall February outlook also trends on the wetter side as well. So we're probably not done with the snow this month, and we're not too far away from turning a snowy February into a record-breaking one.