Hurricane Wilma passes between Cuba and the Yucatán Peninsula.

2020 was the first season in history that three storms formed on or before June 1. Cristobal became the earliest third Atlantic storm on record, and broke many others.

It ended up becoming the season with the most named systems on record. Here are the previous most active seasons. 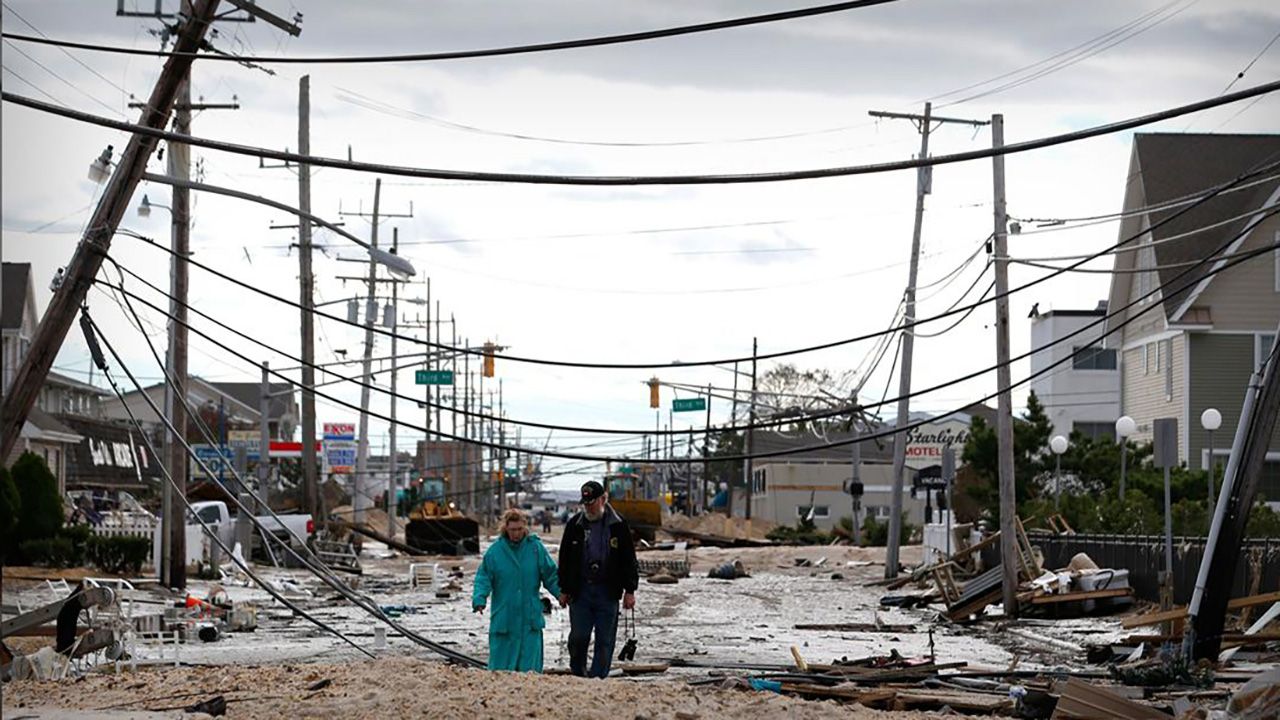 A couple in Seaside Heights, New Jersey walking through the destruction of Hurricane Sandy.

Two storms formed before the season began. The first one formed on May 19 and was followed by Tropical storm Beryl. Beryl broke records and became the strongest pre-season storm to make landfall.

The most notable storm of the season was Hurricane Sandy. Sandy became the most destructive storm to strike the northeast in nearly 75 years since the 1938 New England Hurricane.

The final storm of the season finally ended in late October when Tropical Storm Tony dissipated in the Atlantic. The total damage cost for the season was $72 billion making 2012 the third costliest hurricane season on record. 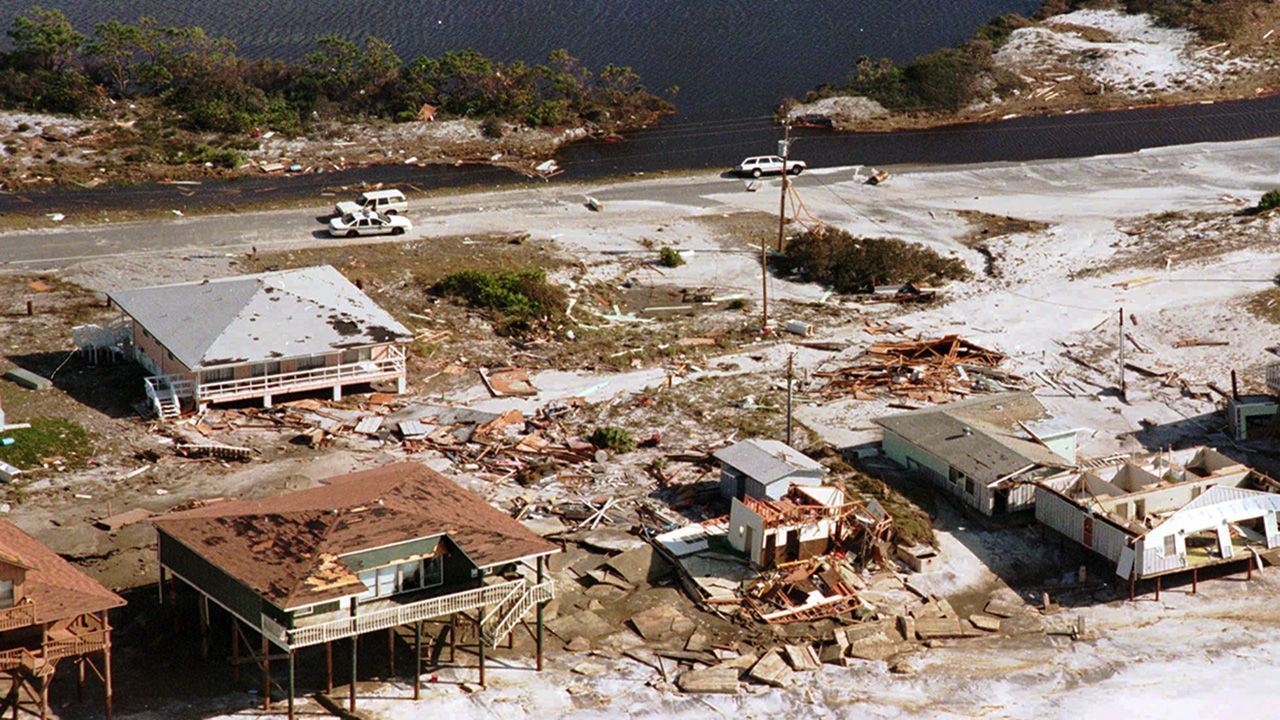 The 1995 Hurricane Season comes in at number 4 on our list. Due to a strong La Niña, we saw less wind shear across the Atlantic which helped contribute to a rise in tropical activity.

The season started off with Hurricane Allison forming on June 2, 1995 and brought heavy rains to the southeast.

Hurricane Opal, the strongest storm of the season, caused major devastation along the Gulf Coast of the United States. Opal became a Category 4 hurricane with winds topping out at 150 mph and causing $4.7 billion in damages, alone.

The season came to an end when Hurricane Tanya became an extratropical cyclone on November 1, 1995. 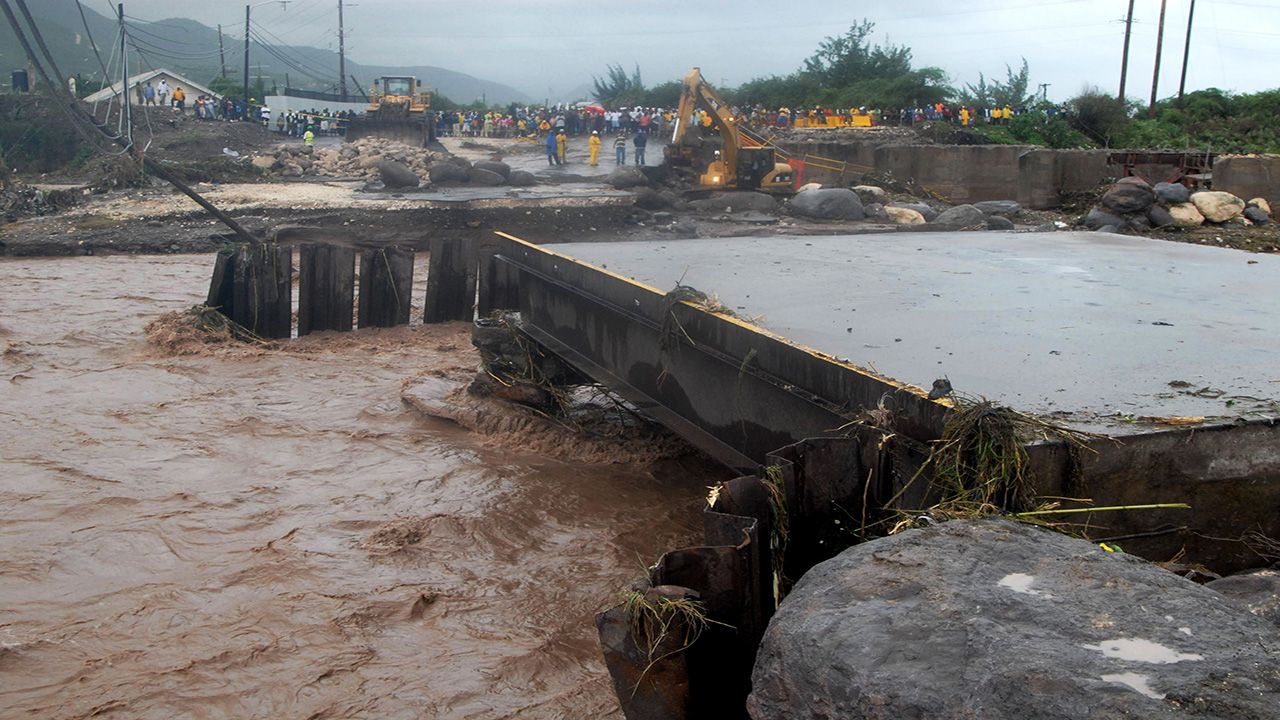 Number 3 on our list is the 2010 hurricane season that came with an interesting twist.

Although this season was very active, it became the only season to have 10 or more hurricanes that did not make landfall in the United States.

Although many hurricanes did not make landfall in the United States, we still saw plenty of destruction across the Caribbean and South America. 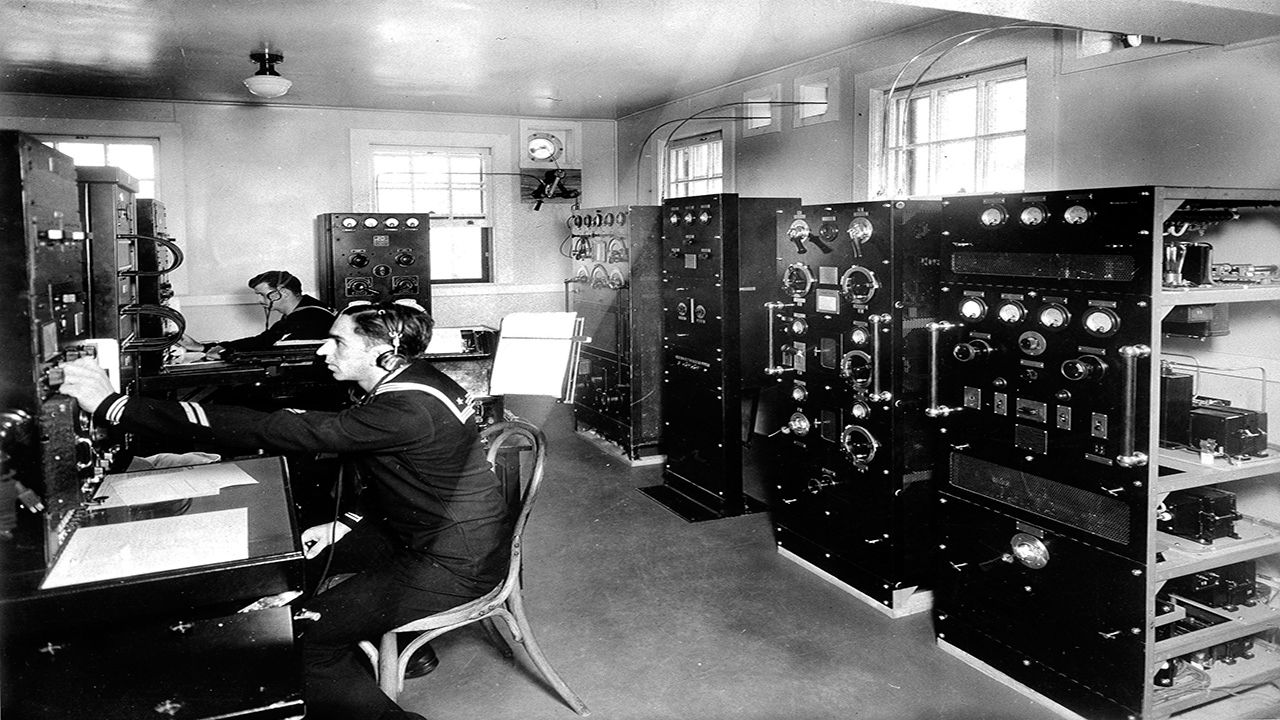 The Coast Guard in Jacksonville, Florida keeps in contact with ships at sea by radio in the 1930s.

Number 2 on our list takes us back almost 100 years. 1933 became the second most active season in history with a total of 20 storms.

The number of storms is thought to be higher due to the fact that satellite monitoring was not available at the time. Meteorologists would rely heavily on radio reports from ships at sea, and most scientists did not know landfall of a storm would happen until several hours before the event.

The Chesapeake-Potomac hurricane of 1933 is described as one of the most devastating tropical systems to impact the eastern United States. It topped out with winds at 140 mph, making it a Category 4 hurricane, and caused $40 million in damages.

The deadliest storm of the season was the hurricane that struck Tampico, Mexico killing 184 people. This hurricane occurred in September of 1933 and reached Category 5 on the Saffir-Simpson Scale. The city experienced power outages, demolished homes, and intense flooding with waters reaching up to 15 feet.

Overall, the season was devastating. More than 650 people were killed, and there was a total of $86 million in damages. That would be about $1.6 billion in today’s time when adjusted for inflation. 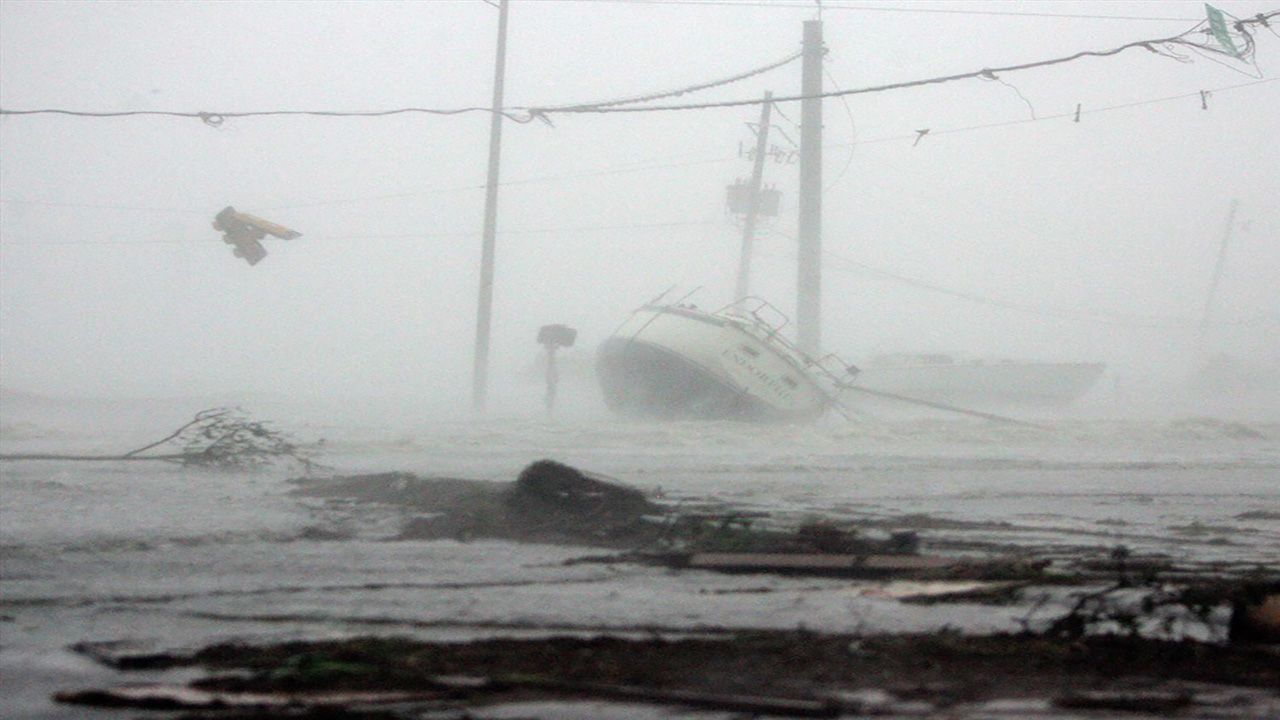 Extreme flooding and damage in Gulfport, Mississippi is caused by Hurricane Katrina.

Topping our list is the 2005 Hurricane Season. This season shattered numerous records causing more than $170 billion in damage and leading to the death of 3,912 people.

The amount of hurricanes and major hurricanes is the most of any season on record.
The season started June 8, 2005 and lasted until January 6, 2006 which tied the season with the 1954 season as a record for lasting the longest.

Hurricane Wilma set the record for most intense hurricane in the Atlantic basin. The barometric pressure bottomed out at 882 mb. The lower the pressure is in a hurricane, the more dangerous the storm.

One of the most infamous storms in history happened in 2005. Hurricane Katrina developed in August in the Atlantic and moved across southeast Florida before making landfall in Louisiana. Intense rain and flooding devastated much of the Gulf Coast making Katrina the costliest hurricane in history. Damage caused is estimated at $125 billion.

Where Will The 2020 Hurricane Season Rank? 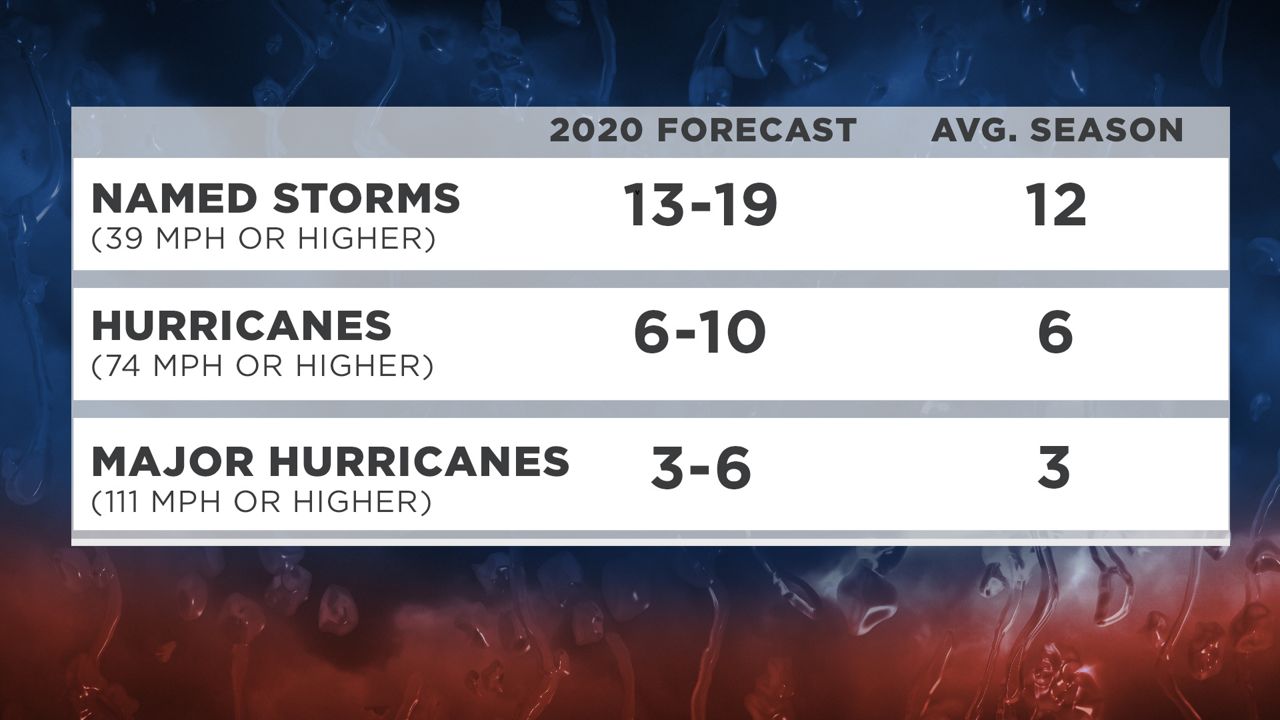 NOAAs prediction of the 2020 hurricane season is above average.

It’s important to point out that having an above average hurricane season doesn’t mean that you will have a hurricane make landfall near you. Consider this: Hurricane Andrew was one the worst hurricanes in U.S. history. It was the first named storm of the 1992 season, making landfall in south Florida on August 24. That season was well below average and had one of the latest dates for the first named storm of the season.