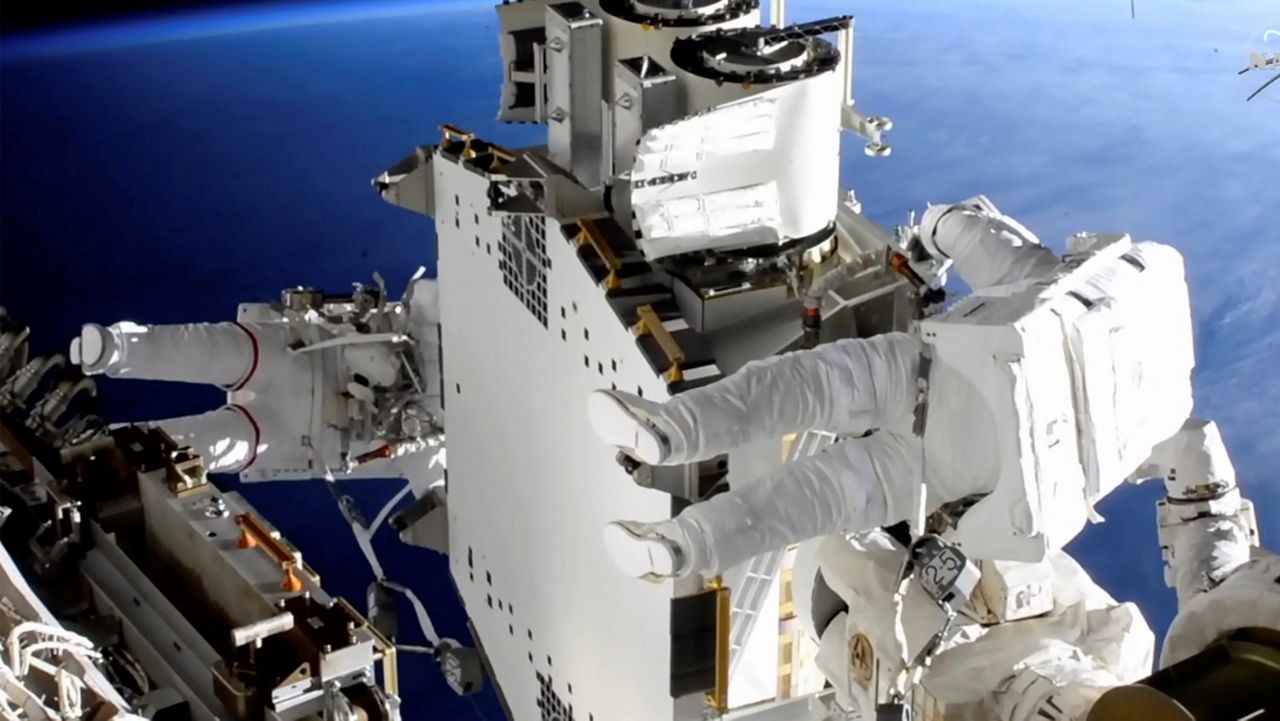 The head of the International Space Station on Friday sought to alleviate concerns about NASA’s decision to largely commercialize space station operations by the year 2030, a move that the U.S. space agency says will help free up its funds and personnel as it seeks to expand its mission beyond the low-Earth orbit (LEO).

Testifying this week before the House Committe On Science, Space and Technology's Subcommittee on Space and Aeronautics, ISS Director Robyn Gatens said the transition “will allow NASA to shift significant financial and personnel resources towards exploration objectives.”

In an interview with Spectrum News Friday, Gatens said that NASA's low-Earth commercialization strategy will both save money and allow NASA to further its deep space exploration mission.

“We, the government, like to invest in those commercial capabilities when we are able to, so we can invest our resources in doing the next hard thing,” Gatens said.

NASA plans to award a total of up to $400 million to as many as four companies to begin development on the project. The project calls for the creation of or more commercial space stations by the end of the decade. Earlier this week, officials confirmed the agency is currently weighing more at least a dozen proposals for the project.

Gatens told Spectrum News that NASA could submit its final proposal to Congress for approval as early as next month.

Eventually the private companies “will take over for the ISS," Gatens said. “We’re working with commercial companies to lay out that timeline right now,” she added.

Already, NASA has tapped the private company Axiom Space to begin developing a court docking module at an ISS port as early as 2024.

Gatens said Friday that the Axiom module will attach to the ISS before eventually being built out completely and breaking off as its own free-flying, commercially owned space station, and anticipates that the first of these commercial docking elements will likely be operational within the “2024-2025 timeframe.”

NASA also just received industry proposals for free-flying commercial platforms – which, unlike the docking element, will be launched independently, and be “free flying” in low-Earth orbit.

Asked about the timeline for the free-flying platforms, Gatens said Friday, “We’re just at beginning of that process, but we think we're on track to get to a platform by 2028.”

One top-of-mind concern as NASA decommissions its International Space Station is avoiding what’s known as a “space station gap” – a lapse that experts said could have major geopolitical consequences.

"The first and foremost indicator is that we have commercial LEO destinations to transition to," Gatens told lawmakers Tuesday. "That may sound pretty obvious, but that's a prerequisite so that we don't have a gap in low-Earth orbit."

“That's why our plan includes developing these commercial platforms, along with [the] private industry, and then extending the International Space Station operation, so we have an overlap, and time to do an orderly transition before we deorbit the ISS," she added.

“We don't want to get to a situation where something large happens on [the] station, and we have to abandon it, “ Dr. Don Platt, a professor at the Florida Institute of Technology and former Boeing engineer who helped build the International Space Station, told Spectrum News in interview this week.

“And then we're stuck trying to figure out what to do next for who knows, maybe a decade."

The goal is for the commercial operators to take over for the ISS and get in place “by 2028, that is our goal,” Gatens said. “Then, we’d like an overlap period between ISS operations and when we have those commercial LEO destinations. So, proposing 2030 makes sense.”

“The main advantage of a commercially owned and operated space station [in the] low-Earth orbit is to do things more cost effectively,” she added.

“SpaceX is a classic example with our human spaceflight systems. … I think the future is definitely one in which commercial groups are providing a lot of services to NASA in a model that's very different than the traditional one.”

The move also comes as lawmakers and industry officials have raised doubts about the viability of the International Space Station, which has been in operation for more than 20 years.

Operating the ISS costs NASA roughly $4 billion a year; it's approved to operate through 2024, but is likely to be extended until a commercially developed station is sent into orbit. The station is beginning to show signs of age.

"We didn't envision it being up there this long,” Gatens said of the space station, “so it's amazing that we've kept it as healthy as we have.”

The station been approved to operate through 2024, and will likely pass another structural analysis allowing it to remain in orbit through 2028. But experts have expressed concern about extending that timeline any further.

“I don't think we ever anticipated that beyond 2020, the station would still be fine with people on it,” Platt said.

“The International Space Station was is built with all these partners, contributing pieces – and it's highly complex, it's very large, it's very capable,” Gatens said Friday. “[But] we know it won't last forever. So, we need to plan for what's coming next.”

“The role of the agency, as we've shown in commercial transportation, with crew and cargo, is we've moved from being the provider of the capability to the customer of the capability,” Gatens said. “And we see that happening in low-Earth orbit. And then we'll move on to doing deep space exploration to the Moon and Mars, and the solar system.”