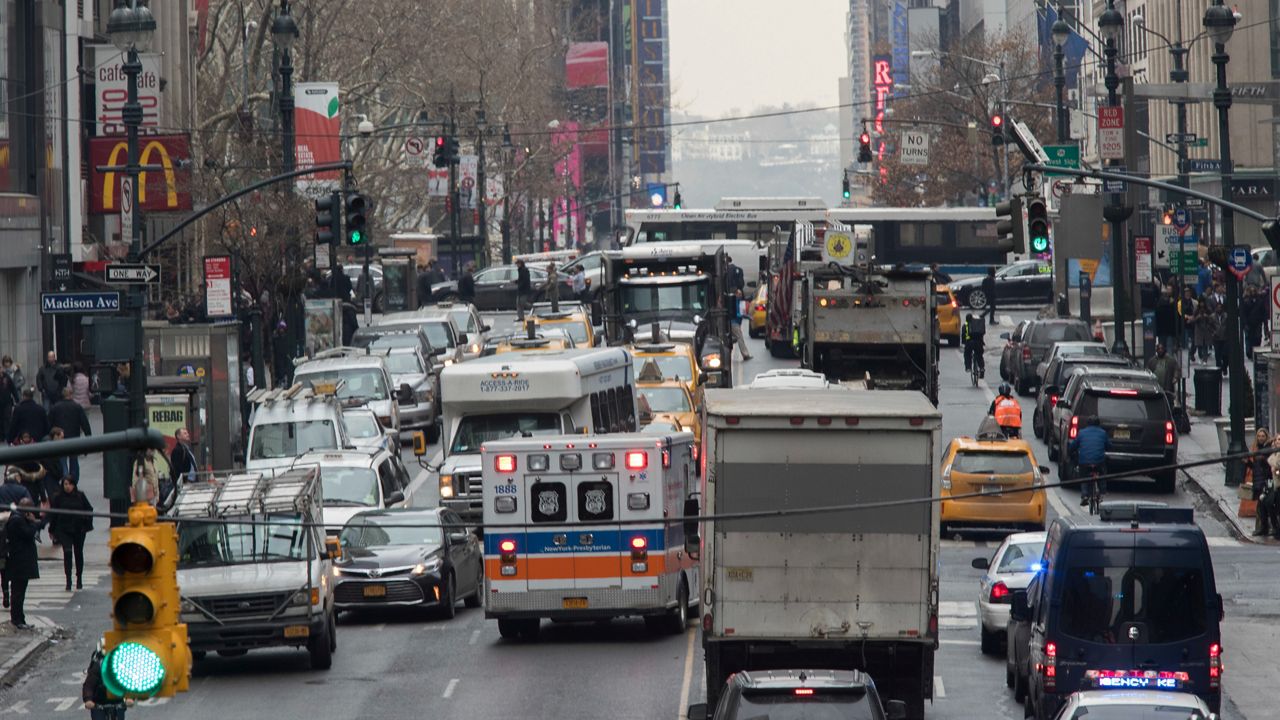 In this Thursday, Jan. 11, 2018 photo, an ambulance is seen driving in the wrong lane to get around traffic on 42nd Street in New York. (AP Photo/Mary Altaffer)

Congestion pricing continues to face criticism, as New Jersey Gov. Phil Murphy called it a double tax and Mayor Eric Adams said that the toll must be fair to outer borough residents.

Murphy wants the federal government to conduct a more detailed environmental review than the current review — one that could delay the toll for several more years.

"It's clearly an environment initiative, but it can't be executed on the backs of folks who are already burdened paying a price to come into the city," Murphy said.

"We have climate deniers. We have election deniers. It seems like we now have traffic deniers," Lieber said. "In New York, we're not in denial."

Adams complained that the city has "very little input" on congestion pricing. The mayor has one appointee on the panel of six that will determine the traffic toll and any exemptions.

"If Miss Jones must come into Manhattan — low-income New Yorker — to get her cancer treatment, should we just ignore that fact and say you're going to pay the same price as those who drive because of luxury?" Adams said.

By law, the congestion pricing plan must bring in at least $1 billion dollars to the MTA, which would then sell bonds to generate $15 billion for a capital plan that covers signal upgrades, repairs and the extension of the Second Avenue Subway to East Harlem.

"Without full funding, the core infrastructure investments in our system just wouldn't be possible, nor would the expansion projects that we've been talking about," said Jamie Torres-Springer, president of MTA Construction & Development. "Of course, this includes the $15 billion anticipated in the current program from the full implementation of the central business district tolling program."

The Federal Highway Administration will decide whether or not the MTA's plan will have a significant impact on the environment.

If the proposal clears that hurdle, then the MTA traffic panel will start its work, with the goal of a plan being implemented by early-2024.