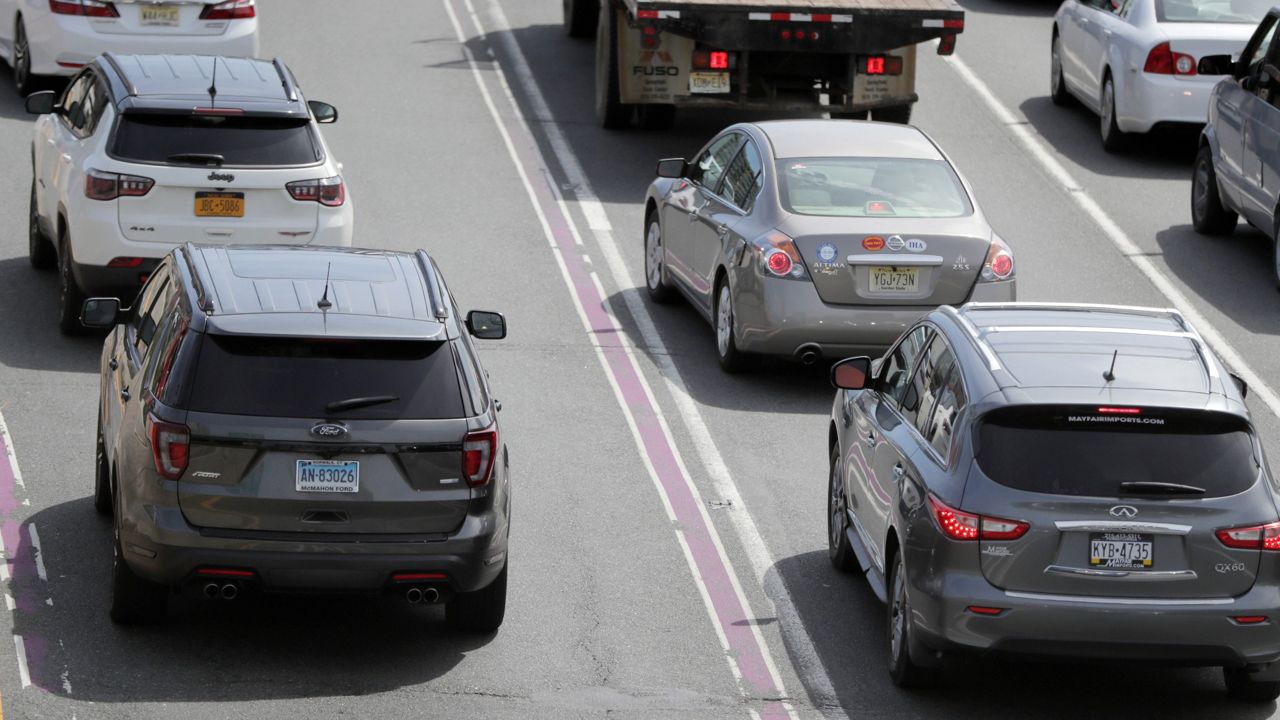 A bill from Congressmen Josh Gottheimer of New Jersey and Michael Lawler of New York would hold hostage the MTA’s federal funding for big projects, unless the MTA exempts a large swath of commuters entering Manhattan. If not, drivers would get tax breaks equal to tolls paid to drive into Manhattan.

“If the governor wants to move forward with this plan to tax suburban commuters, then they will get no more federal dollars,” Lawler said.

While the legislation has steep odds of becoming law, it allowed the congestion pricing opponents to build their case against it.

“NYC and the MTA are literally playing Russian roulette with their economy and are willing to stick it to all those hardworking commuters from Jersey, the outer boroughs and New York City suburbs,” Gottheimer said.

When asked, the lawmakers said they didn’t think the MTA would ultimately set up the toll.

“No, I don’t and I think this will collapse underneath,” Lawler said.

“I don’t know why Kathy Hochul and the mayor haven’t woken up and said, ‘I can’t believe how many people are coming out against this.’ That’s why I think also it will collapse,” he said.

“It’s hard to disagree with them so far,” Jon Orcutt said, a former city transportation official.

Orcutt, now a consultant in support of the toll, wrote in a Daily News op-ed “without stronger political backing and momentum, it’s not difficult to see congestion pricing being shelved.”

State legislators passed congestion pricing into law in 2019, but it has faced delays in getting federal approval.

“Laws change. The law changed in 2019 and public policy can change,” he said.

Orcutt said he wants to see political leaders fight for congestion pricing, particularly when the toll controversial price is set.

“It’s going to be hard for the MTA to stand alone against that hurricane. It needs the kind of high level political backing that can do battle with members of Congress or the governors of neighboring states.”

In a statement, an MTA spokesman John McCarthy said that “anyone serious about the environment and reducing gridlock understands that congestion pricing is good for the environment, good for getting fire trucks, buses and delivery vehicles through the city, and good for the 90% of people who depend on mass transit.”

“It is moving on the path forward.”

The Federal Highway Administration now must give the MTA the green light to proceed. A federal highway official told NY1 it is evaluating public comments about congestion pricing that will inform the agency’s decision.