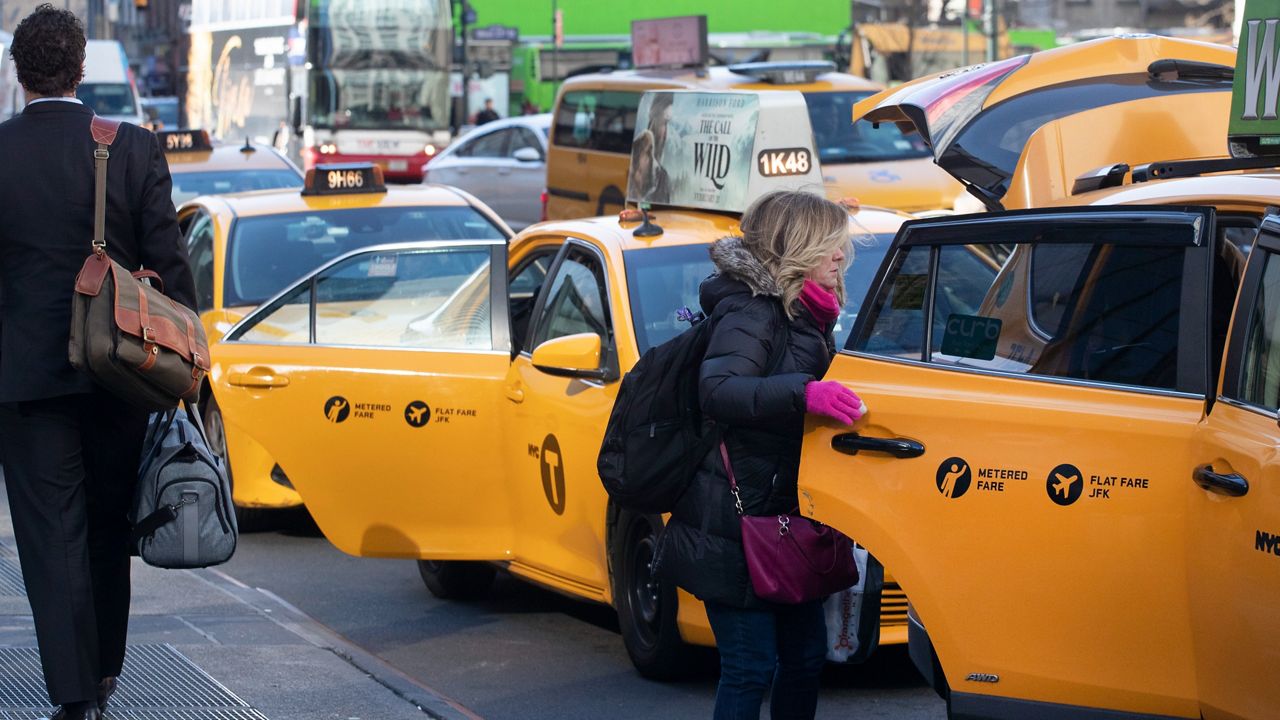 The city is considering raising taxi fares for the first time in 10 years, officials said.

The Taxi and Limousine Commission is also considering raising the pay of Uber, Lyft and other for-hire drivers.

Bhairavi Desai, director of the New York Taxi Workers Alliance, joined NY1 Sunday morning to discuss upcoming hearings and the pay she wants for the drivers she represents. The alliance is a union with 21,000 members across the city.

"Generally, we want to get people to $25 an hour take-home pay after expenses," Desai said. She hopes the TLC will raise taximeter rates $1.50 to $2 more per trip. "It'll be a pretty modest raise, but for drivers it will add up."

Currently, the taximeter rate is a $2.50 initial charge, plus 50 cents every fifth of a mile when traveling above 12 mph or per 60 seconds in slower traffic. There are additional surcharges.

The TLC approved a 17% increase in 2012, the last time taxi fares were raised.

"The cost of food and gasoline and operating expenses for drivers are at an all-time high," Desai said, pointing to inflation, the pandemic and more competition for rides as difficulties her members are navigating as they to make a living. "Just imagine the losses that drivers are working under now."

Desai hopes a fare hike would entice drivers who left the business to come back.

"There's money coming into this industry. It needs to be fairly distributed to driver income," she said.

Her workers drive long hours at times and on days other New Yorkers are not working, including holidays, she said. And they face high rates of assault and on-the-job homicides, the union boss said.

For consumers concerned about paying more, Desai hopes they consider the labor drivers put into the job and the risks they face when paying $1.50 to $2 more per trip.

"For the driver, who's putting in so many hours and so many trips, that's where that raise is going to add up to something dignified,” Desai said.

The alliance is also asking for a temporary fuel surcharge as gas prices rise.

Uber did not respond to a request for comment, but Lyft said in a statement that "TLC-licensed drivers averaged more than 25% above the minimum pay standard in 2021."

"We look forward to working with the TLC and its new leadership on ways to protect driver earnings while ensuring the ability to achieve our shared goals," the company said.

The TLC is holding two virtual hearings this week to get public feedback on the proposed pay raises. The commission will hear testimony on the taximeter price hike Monday and for-hire vehicle driver pay Tuesday.