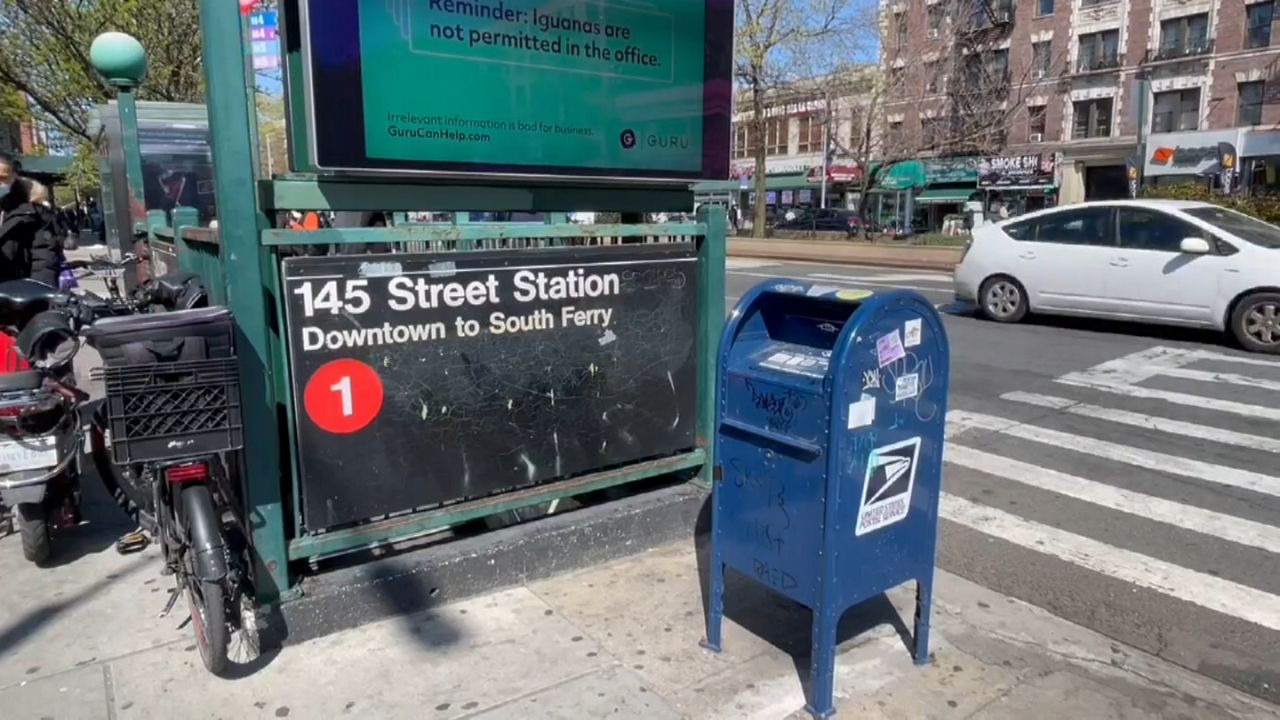 Vita Edwards can often be found at the 145th Street station along the 1 line. She is homeless.

It’s the station where Friday morning, police arrived to find a man and woman dead in one of the tunnels after being struck by a southbound 1 train. Edwards told NY1 she knew them.

“They’ve been together for a long time. This is where they live. They go in the back and they sleep back there together. And they buy their little dinner,” Edwards said. “I don’t know what happened… they found them on the train tracks dead.”

Edwards says incidents like this scare her. Not having a home, she and many others are forced to find refuge wherever they can.

A survey by the MTA earlier this year found 29 encampments inside of tunnels. Edwards says homeless people need better assistance beyond shelters, which many say feel more dangerous than being out on the street.

“All we do is sit down here because we have nowhere to go. We’ve been asking for help for a long time,” says Edwards. “The shelter is not help.”

It’s not just homeless people losing their lives on the tracks. People being pushed, medical episodes, mental health, intoxication and suicide were the reasons behind about half of the incidents in January of this year.

Track intrusions are up 20% from 2019 to 2021. After hearing of the death of the two people on Friday, riders believe more needs to be done for the homeless.

“I think it’s really upsetting that this city that is supposed to be so wonderful does not care of the people that live here,” one rider said. “They have literally nowhere else to live and be warm except for on a moving train.”

“This horrible tragedy underscores how dangerous it is for those who have no access to a real home, and those forced to find a place to bed down in public spaces,” the statement read. “Rather than conducting inhumane policy sweeps that push homeless New Yorkers out of sight and farther from safety, we need the Mayor to get serious about creating a comprehensive plan to end homelessness in our city.”

In a statement from the MTA Chief Safety and Security Officer Pat Warren said, "It’s lunacy that people are voluntarily intruding on subway tracks, requiring transit workers to risk their own safety looking for encampments day in, day out. We shouldn’t have to keep saying it: tracks are dangerous and walking on them is illegal, obviously life-threatening and can impact thousands of other riders. As Mayor Adams says, there has to be a better alternative for people who need housing and help.”