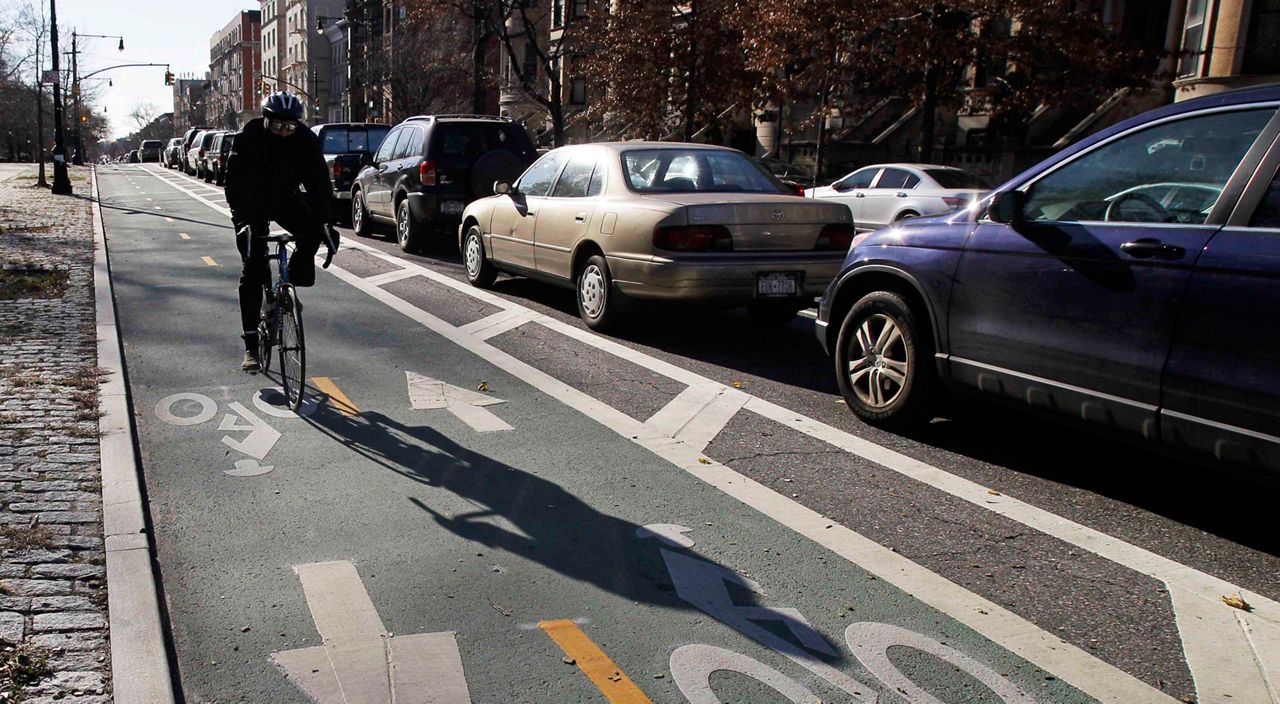 Fresh off a Citi Bike ride over the Brooklyn Bridge, Adams called the announcement “historical” and said it was the largest investment in street safety in the city’s history.

“These are our streets. It’s about riding, skateboarding, walking. It’s about being able to move throughout your city in a safe way,” Adams said. “We’re so far behind international leaders. You go to other cities and countries across the globe, they’re so far ahead of us.”

The funding will help realize the NYC Streets Plan, a blueprint for safer and more accessible city streets developed by the Department of Transportation during the Bill de Blasio administration.

“Far too many people are not biking because they don’t feel safe. The more we make it safe the more we’re going to see people utilize their bikes,” Adams said.

Adams said he planned to work with NYPD precinct commanders on ramping up enforcement of reckless drivers. The promise comes as transit advocacy groups Transportation Alternatives and Families for Safe Streets released a report concluding the first three months of 2022 were the deadliest start to a year since 2014.

Traffic fatalities reached 59 by the end of March, a 44% increase compared to the same period last year, the report says.

“There are people who are habitual dangerous drivers. They speed, they have a total disregard for others,” Adams said. “We need to find them proactively and get them off the streets.”

For their part, Transportation Alternatives praised the mayor’s investments, calling them “transformational.”