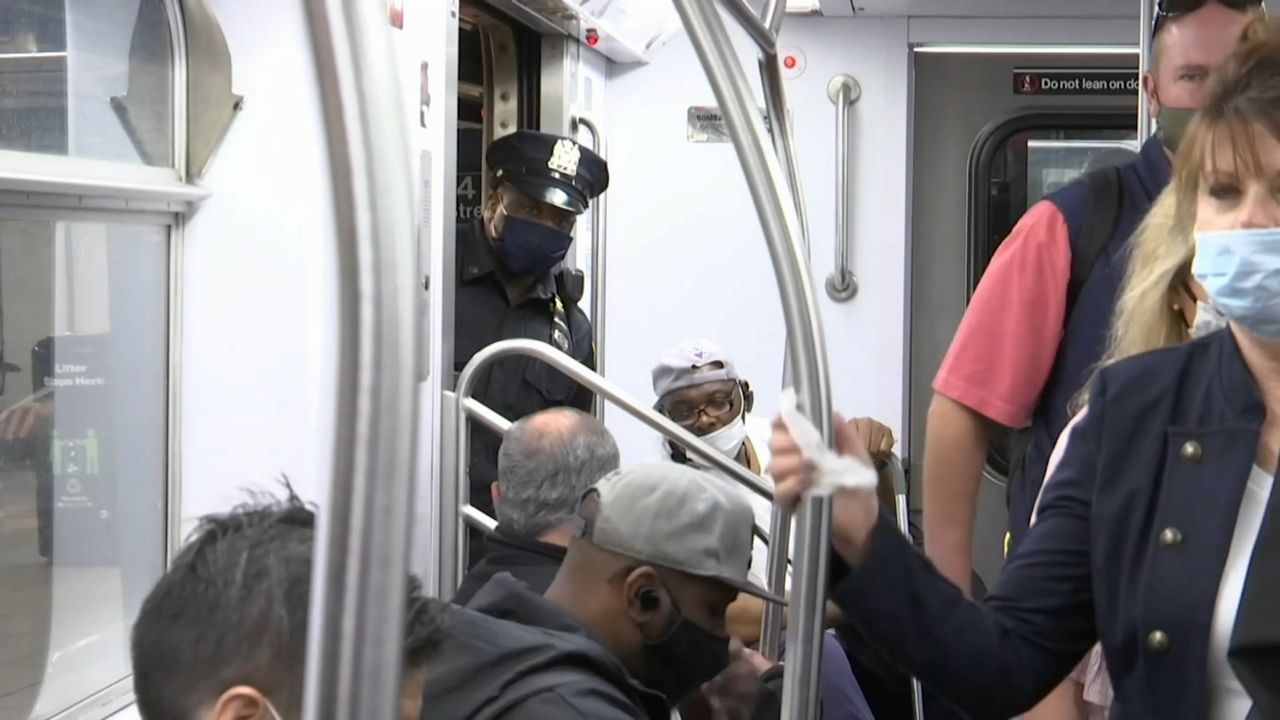 “Way more people on the train and they’re totally not doing the social distancing thing, so that’s completely out the window," said one straphanger waiting for the F train at 14th Street.

New statistics from the MTA show a decline in the number of trains hitting the rails and reaching their last stop on time, across all subway lines in May.

And the number of trains running on time, down to 87%, an 8% decrease from the same month, last year.

The F line was the worst performing line, with more than a quarter of its trains delayed.

Hagenberg, commutes from Carroll Gardens in Brooklyn, to Midtown, where she works at as a receptionist at a veterinarian clinic in Midtown.

“Service has been pretty slow, if I’m being honest. It’s been slow," she said. "This morning, I was on the train for a lot longer than I should have been."

And the MTA has canceled train runs because there were no crews to run them a problem caused by retirements and a hiring freeze that was lifted in late winter.

Some riders notice it.

“I think everything is working fine, there’s not so many people on the train, they clean them well, they’re on-time, schedule is good," said a rider.

Evelyn Schoop, an F line commuter, also thought service was running well. But she had another concern.

“We need more cops. We definitely need more cops on the platforms," Schoop said. "Especially in this section here, upstairs. There’s a lot of homeless, a lot of things going on, we don't see no cops around, anywhere.”

MTA says in a statement that it’ll work to make the trains more reliable, and are quickly hiring and training as many crews as possible, as the agency recovers from what it calls an unprecedented hiring freeze.