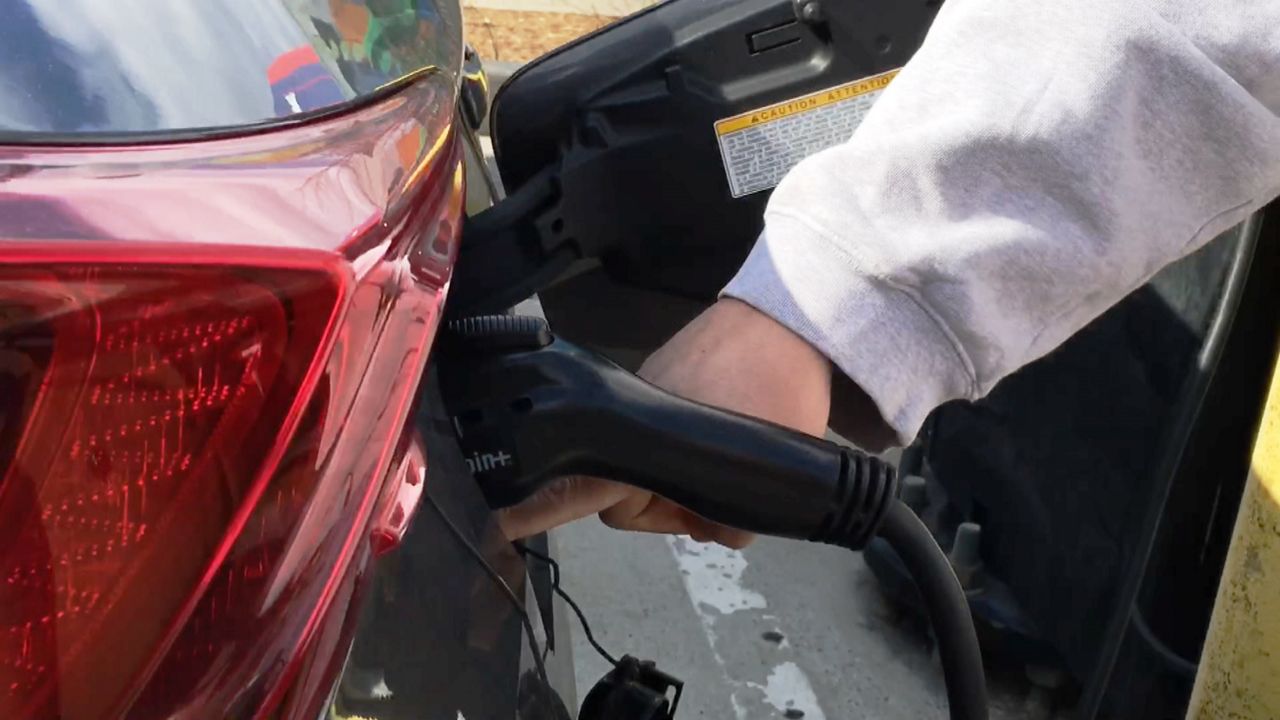 If Future of Cars Is Electric, NYC Remains in Dark Ages

David Cruz comes to Whole Foods for more than groceries. It’s one of the few places in the city where he can charge up his hybrid Toyota Prius Prime for free.

"My wife does the shopping while I charge up, basically," Cruz says.

Many charging stations in the city are in parking garages, so juicing up can get pricey.

“The parking fee, plus the other small fee they charge, and it could cost you like $50," Cruz says.

If the future of cars is electric, New York is still in the Dark Ages.

A pilot program by the de Blasio administration to create at least 100 curbside parking spaces where electric vehicles could power up has stalled.

The spaces were supposed to be ready in two dozen neighborhoods a year ago. Now, the city says only that they will be created sometime this year.

There are only 1,200 car charging ports in the five boroughs now. But there probably needs to be many, many more to meet the city's goal of being carbon neutral by 2050, and President Joe Biden's goal of adding a half million new charging ports nationwide in nine years. Creating them will not be easy.

"So we already have a tremendous problem with congestion, even with the fact that 75% of our street space is dedicated to car movement and storage. So now we have to add on the question of, where are these cars going to be charged? How are they going to online to move around in a very congested city?" says Danny Harris, director of Transportation Alternatives.

Revel, the electric-scooter sharing company, might be part of the solution. It's promising to build a 24/7 hub with 30 chargers in the old Pfizer building in Williamsburg, Brooklyn, the first in a network of fast-charging stations it's planning around the city.

And that, Cruz says, would make it more convenient to drive an electric vehicle in the city.

"Sometimes, it gets so crowded that I wait here an hour," he says.