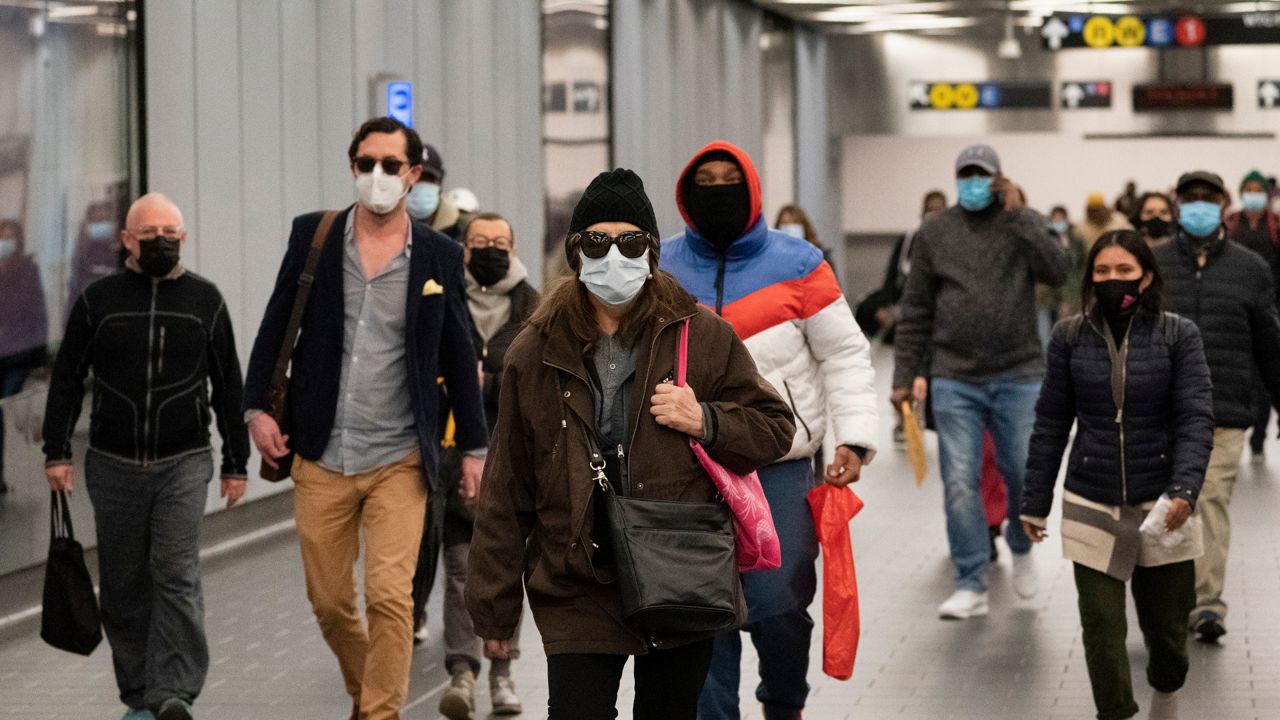 NEW YORK - "Ugly” and “grim” - that’s how MTA officials described a budget that would drastically slash service and jobs - set to hit the riding public in May, unless the agency gets its federal bailout.

MTA officials at its monthly board meeting offered more details on their threats to cut service between 40 and 50% and lay off thousands of workers to make up a budget shortfall caused by the coronavirus.

“We are taking the approach of planning for the worst, but leaving room to adjust for the best, should that happen,” MTA Chairman Pat Foye said.

The cuts would mean longer waits between trains, including 15-minute waits on weekends.

Entire bus routes could be cut, with a third of surviving routes seeing fewer bus trips.

On the commuter rail, peak service would mean trains every 20 to 30 minutes, even hourly trips in some cases.

For off-peak and weekend service, there could be Long Island Rail Road and Metro-North trains running once every hour.

"Right now with the pandemic, we’re all suffering. It’s hard traveling back and forth to work, and with no money coming and everybody struggling, there’s no need to cut any budgets right now," a subway rider told NY1.

These cuts would mean the elimination of 9,367 jobs, mostly subway and bus positions.

Even after the cuts, the MTA would still be at least $3.1 billion in the red if there is a coronavirus resurgence that keeps people away from mass transit - what the MTA is calling a worst-case scenario.

Riders may also get hit with fare and toll hikes.

Even before the pandemic, the MTA planned to raise prices in 2021. But now it is preparing options to take in even more money

Some of those options include increase base fare between 5 cents and 10 cents, and eliminating 7 and 30-day unlimited MetroCards or increase their prices.

Fare options for commuter rail roads include a flat fare.

On bridges and tunnels, a toll increase option includes charging drivers based on time of day and traffic levels.

The MTA's plan notably does not seek to renegotiate its labor deals to create efficiencies, which could save hundreds of millions of dollars a year.

Union leader John Samuelsem, who sits on the MTA board, said the MTA should borrow its way out of its crisis, and push for new taxes and fees.

“We’re not gonna open up our contracts and bankroll this deficit reduction. It’s not gonna happen we’ve given so much already,” Samuelsem said.

The MTA board plan to vote on the budget in December, while fare and toll increases would be held to a vote in January, following public hearings.