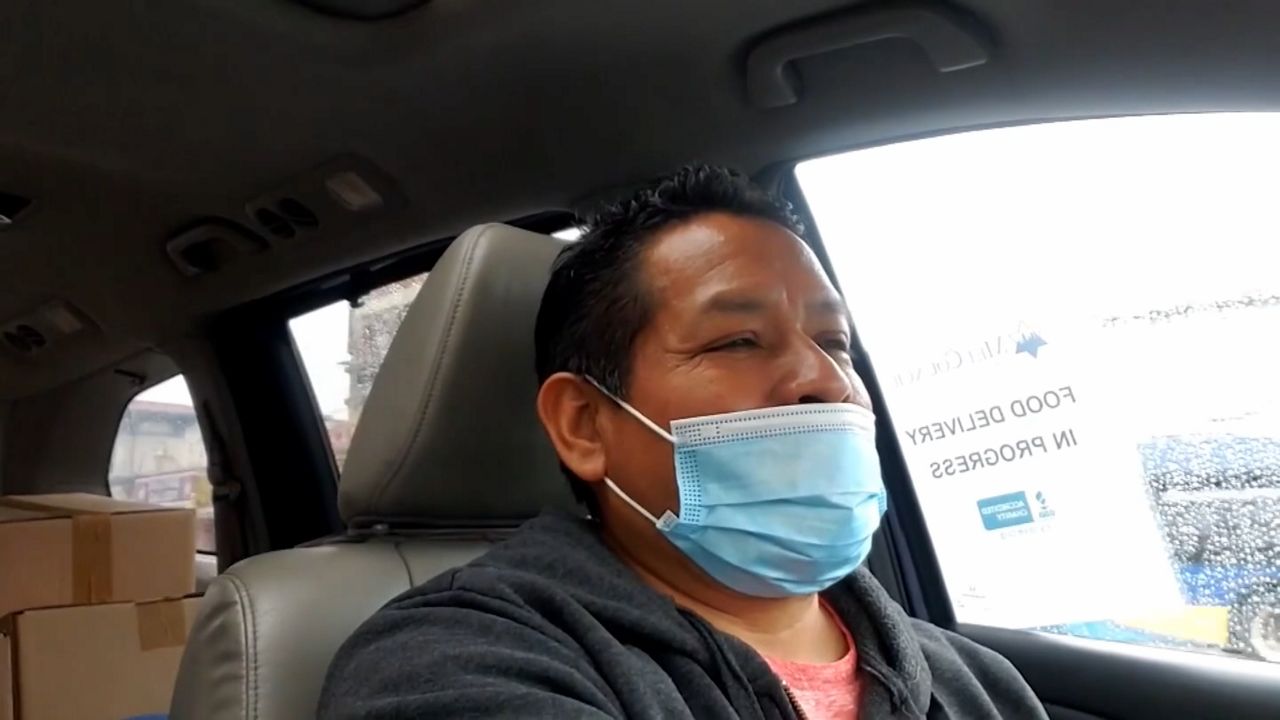 Taxi Driver Helps Hungry New Yorkers - and Himself - During Pandemic

Pedro Cruz is heading to Brooklyn for a shift behind the wheel of his green taxi.

But this day, as he does twice a week, Cruz is transporting food, not people.

“Sometimes, I get here earlier so I could be first on line,” Cruz said outside a warehouse in East Flatbush, waiting to load his car with boxes of food.

The food is from the Met Council on Jewish Poverty to serve Holocaust survivors, largely Ukranian and Russian immigrants in Brooklyn. The Met Council signed up drivers through Arro, a company with an app to hail and pay for taxi trips.

These programs are a life line for drivers like Cruz, an immigrant from Mexico and father of four, who saw his taxi trips all but disappear in the pandemic.

"Right after the pandemic there was no business," Cruz said. "Everything shut down.”

The pandemic hit Cruz personally as well as financially.

His older brother in Mexico died.

And he fell ill, too, taking him out of the drivers seat for a month last spring.

"I felt, like, dizzy and my coffee, especially, I used to taste it, like, with a spoon of salsa in there," Cruz said. "That's how I knew I was sick."

His wife, who also contracted coronavirus, lost her job and now they scramble to pay the rent for their Bronx apartment.

"The rent money is a little bit of an issue right now," Cruz said. "For the meantime, we applied for food stamps, thank God we got it, and we’re getting there, little by little."

Green taxis can pick up passengers anywhere in the city outside of central and lower Manhattan, and the airports.

According to the Taxi and Limousine Commission, green taxis averaged a combined 3,000 trips a day in September - less than half the number before the pandemic erupted in March.

Cruz says he can make more money after a few hours of delivering food, as he can on a good day of driving for 10 hours.

And unlike his taxi fares, there are no surcharges and fees he has to give back.

There's also the benefit of helping out New Yorkers in need.

“This is a difficult time, and it help us," said Alex Feldman, who received a food package from Cruz.

"It’s a way better feeling to help others," Cruz said.