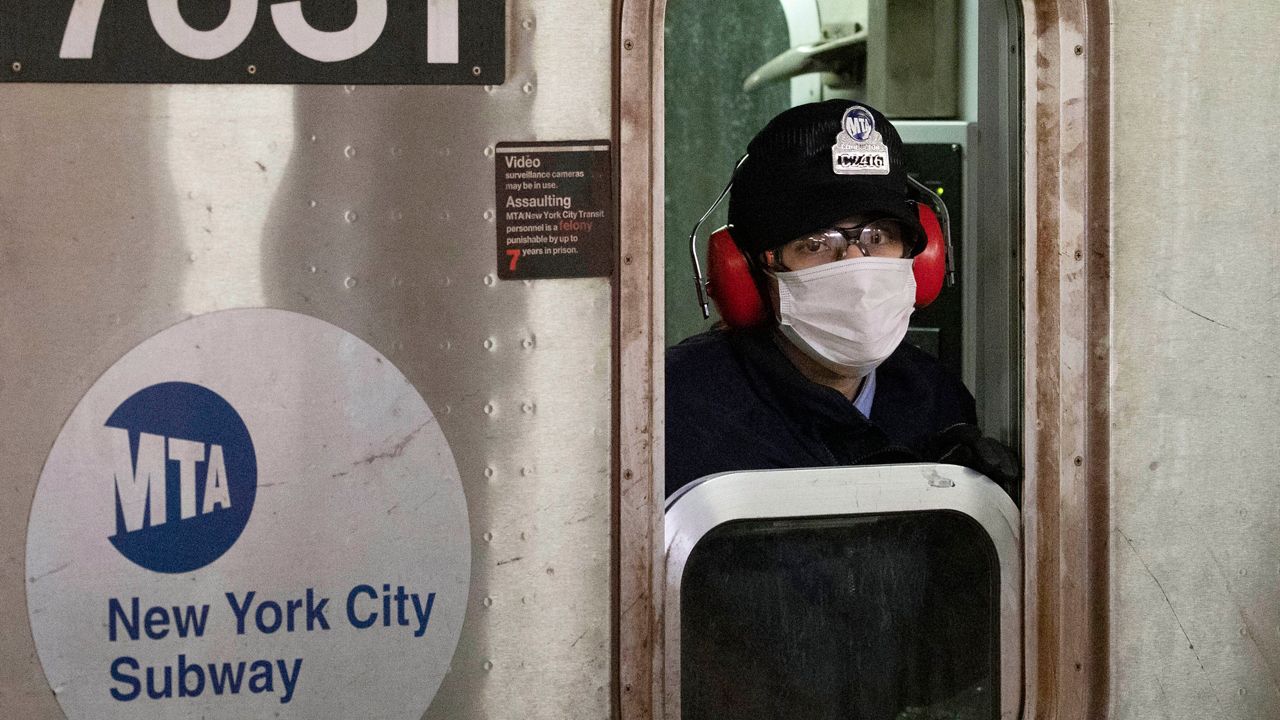 An April 17, 2020, file photo of an MTA subway conductor in the Bronx. Mark Lennihan/AP.

NYC Commuters Could Be Spared Worst Transit Cuts With These Ideas

NEW YORK — The MTA wants $12 billion to a cover a falloff in fare and tax revenues caused by the pandemic.

It's looking to Washington for a bailout. But experts say the agency could erase some of the shortfall itself.


"They need to do everything in their power to get their fiscal house in order and they also, even with that, will need federal aid," said Andrew Rein, president of the Citizens Budget Commission.

The MTA warns of nightmarish service cuts without federal aid.

“If subway efficiency and bus efficiency were equal to other large systems, the MTA could save $900 million," Rein said. "The way to realize that is working in partnership with labor and the front-line workers to realize those efficiencies."

One idea: running subway trains without conductors, as most transit systems do. That could save $300 million in salary and benefits a year, although train operators likely would have to be paid more.

Another idea: streamlining repair shops. The Budget Commission says for every hour a subway car maintainer works, the subway runs for 34 minutes. But the Philadelphia transit system runs trains for 45 minutes with that same hour of work.

Another $86 million could be saved if the Long Island Rail Road ran as efficiently as Metro-North.

The MTA raises fares and tolls every two years. The hike planned for next year is supposed to raise $153 million, a 4% increase in revenue. The details are still being drafted.

But with traffic increasing, the Citizens Budget Commission suggests raising tolls even more. According to the MTA, every additional dollar on the toll raises $270 million.

The toll is now $9.50 on the MTA's major bridges and tunnels without an E-ZPass.

An idea floated by the MTA: using $700 million in annual tax revenues earmarked for new equipment and construction for operating expenses. But that would risk the transit system falling into disrepair.

The MTA in a statement said it cannot cut its way out of its problem, and that all options remain to balance its budget, as required by law.