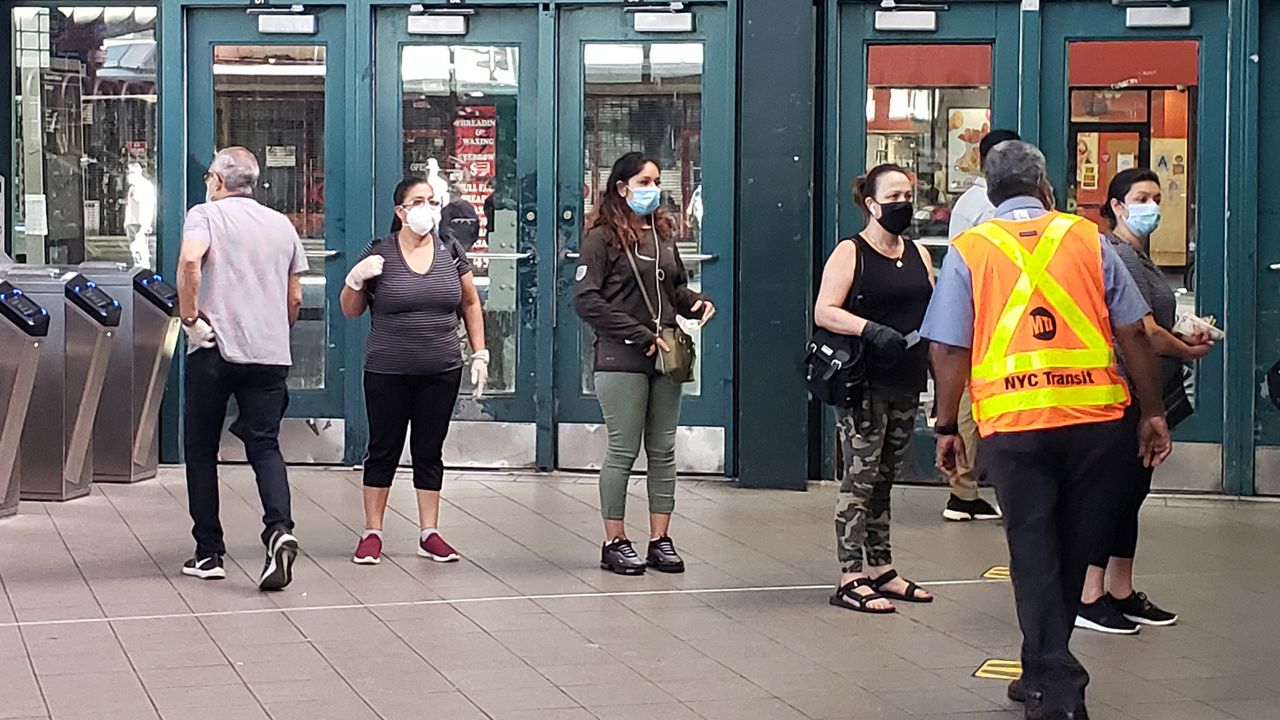 The MTA is welcoming the return of riders with hand sanitizers throughout stations, decals to keep riders apart while waiting for trains, and MetroCards and free masks for straphangers needing a face covering.

I moved over to Jackson Heights train station, where interim transit president is checking the scene.

I see nearly full compliance with face covering directive, though I see a few noses pic.twitter.com/H6gF2MNla8

The MTA welcomed returning riders Monday as the city entered Phase 1 of its reopening following 10 weeks of coronavirus restrictions.

"I think it's better for us because we have more distance, less infections," said one subway rider.

Transit officials recognize that not all riders will be able to stay at least six feet from each other to limit virus transmission, so they're trying to make sure every passenger has a face covering.

The MTA also increased the frequency of bus and train service to limit the possibility of overcrowding.

Full weekday service resumed on the subway, though it will still shut down for four hours each night for cleaning.

Buses are back to a full schedule in every borough except in Manhattan, where service is now 75% of normal.

That meant a safer commute for construction worker Hector Espinet, who took mass transit for his first day back on the job since the pandemic started.

"I took a chance. So far, there's not a lot of people, so it's been pretty good. I come from Staten Island," Espinet said. "The buses they're not crowded, they're only allowing a certain amount of people, the separation, the distancing, and the subway seems pretty good."

"It's great to see people back in the system," she said at the Jackson Heights train station in Queens.

Feinberg, the MTA executive in charge of subways and buses, says the transit system will not be the same one that commuters left behind during the pandemic.

"If you've been at home or using your car and you're back today, you're gonna see an extremely clean system, clean trains. Everyone's gonna be wearing a mask," Feinberg said.

More changes for commuters are on the way. Mayor Bill de Blasio announced 20 miles of new bus lanes, including five new busways, where cars will be dramatically restricted. But it is only a third of the 60 miles that the MTA requested from the city.