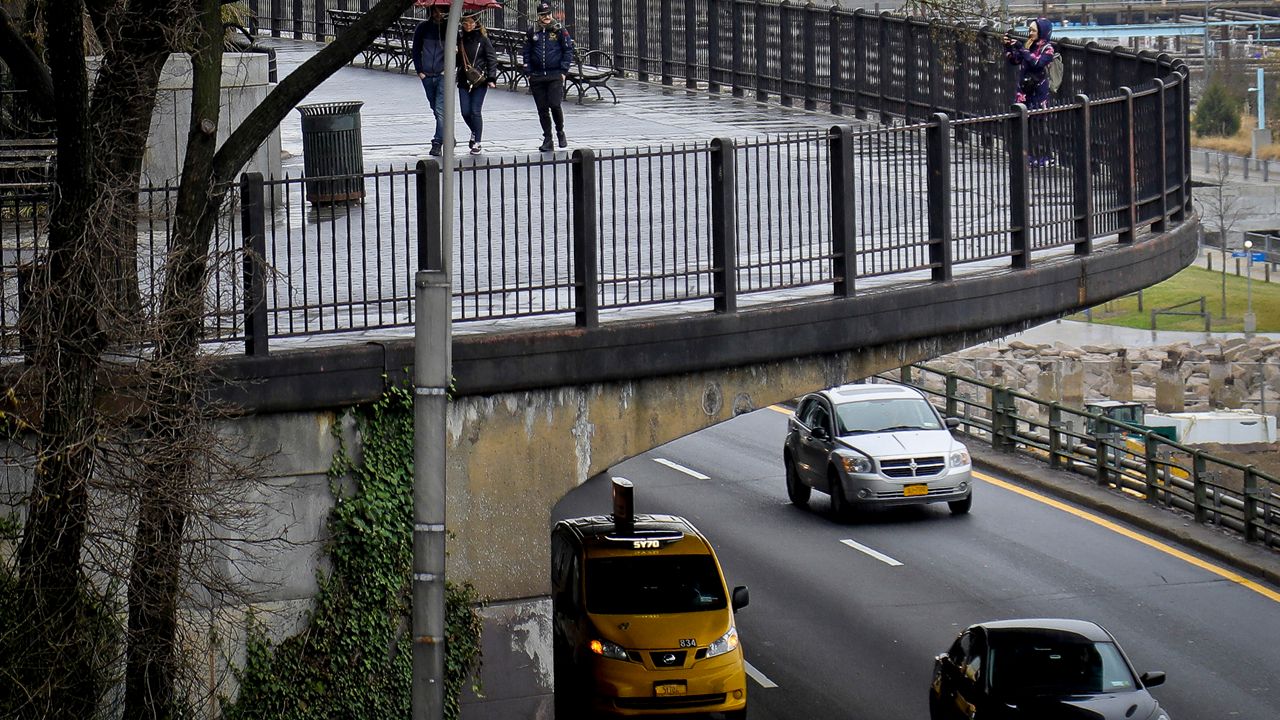 People walk along Brooklyn Heights Promenade while traffic travels beneath the park on April 5, 2019. Bebeto Matthews/AP.

No one seems to agree how to fix the Brooklyn-Queens Expressway: After a plan that would have closed the Brooklyn Heights Promenade for six years sparked outrage in the neighborhood, the city backed off.

Then came proposals from an expert panel, outside groups, and just this week, the City Council — though, in a twist, the council speaker is non-committal.

"I want to be clear that I haven't endorsed any singular plan," City Council Speaker Corey Johnson said before a council hearing on possible solutions Tuesday morning. "Today is really about just getting all the information out there."

One would bury a stretch of the BQE below ground, allowing for an expansion of Brooklyn Bridge Park. The more ambitious plan would re-route the BQE through a three-mile tunnel, with a price tag of as much as $11 billion. "I think it's a lot of money. $11 billion. I think there are some real concerns that you're going to hear about today related to potential takings and eminent domain," Johnson said. "There are some downsides to it. And we should acknowledge that."

At Tuesday's hearing, the firm that conducted the City Council-commissioned study said a tunnel is more straightforward than it may seem.

"It's a straight shot,” said Trent Lethco, principal at the Arup engineering and design firm. "We aren't building stations, we aren't doing a lot of things that we would do with a subway line."

For now, with neither Johnson nor Mayor Bill de Blasio endorsing any one option, and state cooperation a looming hurdle, the way forward is unclear. But experts say one concept, simply tearing the BQE down, is unrealistic.

The tunnel project would take an estimated seven to 10 years to complete. And because any of these options would likely span several mayoral administrations, Speaker Johnson has proposed creating a public authority to see the project through to completion.