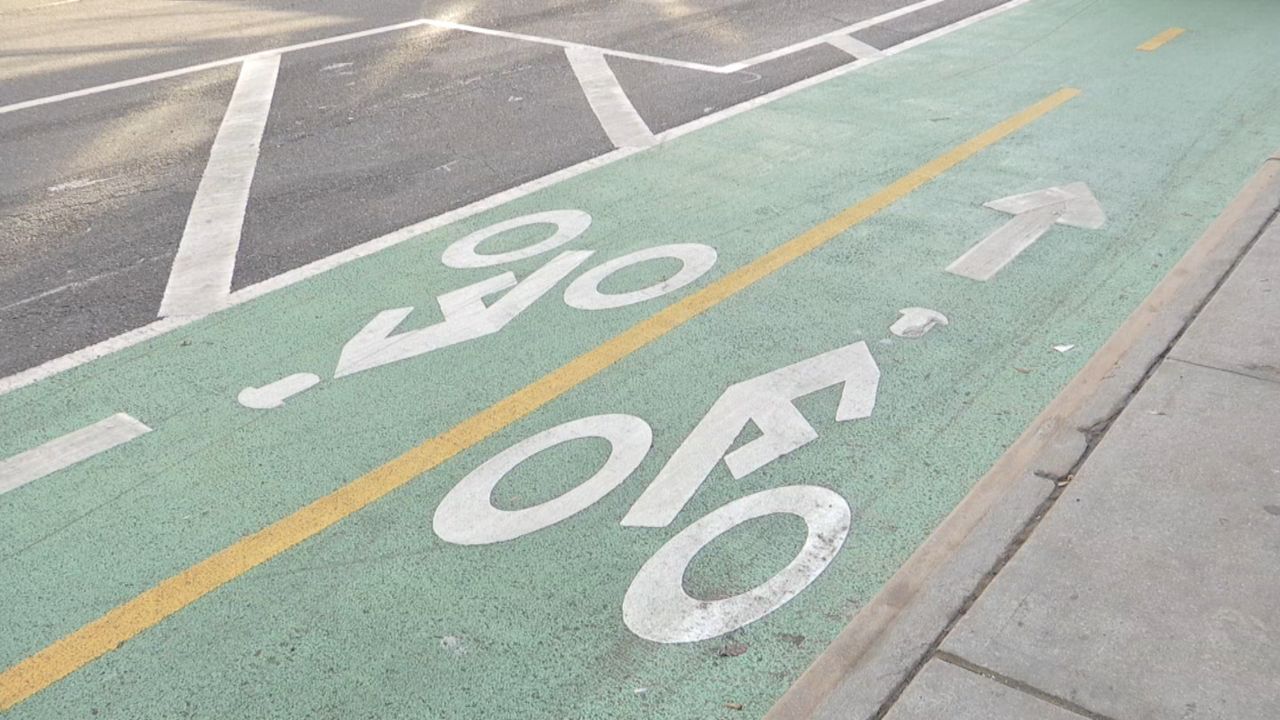 Hundreds of protected bike lanes will be built in New York City after Mayor de Blasio signed a $1.7 billion plan into law November 11, 2019.

Mayor Bill de Blasio on Tuesday signed a bill that will significantly change the layout of New York City streets by adding 250 miles of protected bike lanes amid a dramatic surge in cyclist deaths.

Under the bill, dubbed the "Streets Master Plan," the city will also:

The city has not specified the exact locations for the bike and bus lanes and other redesigns.

City Council Speaker Corey Johnson, who first proposed the street design overhaul in his State of the City address in March, praised the bill signing.

"Today we take a giant leap closer to reclaiming our streets and making them safer for our residents," Johnson said in a statement. "Today would not have been possible without the hard work of transportation and street safety advocates, including families who lost loved ones on our dangerous streets."

In October, the mayor backed Johnson's $1.7 billion proposal, an effort to "break the car culture in New York," as Johnson often puts it.

More than 25 cyclists have been killed by vehicles on city streets in 2019, compared to 10 in all of last year despite the mayor's safe streets agenda, "Vision Zero."

The city will need to create a "Streets Master Plan" every five years.

The city currently has 1,250 miles of bike lanes, and nearly 40 percent of them are protected.

Johnson's original bill, which the administration opposed, mandated a master plan this year.

Instead, the first plan will be due by December 1, 2021, de Blasio's last month in office, leaving it to the next mayor to turn the plan into reality.

"Our administration will do all the ground work to get ready to ramp up to that much higher level, and then my successor will take it forward," de Blasio said.

In June, Johnson's plan hit a roadblock when Transportation Commissioner Polly Trottenberg tried to pump the brakes, saying the city transportation department would need billions of dollars to achieve Johnson's goals. The city eventually came to an agreement with the mayor on the funding.

A Look Inside the MTA’s Social Media Operations