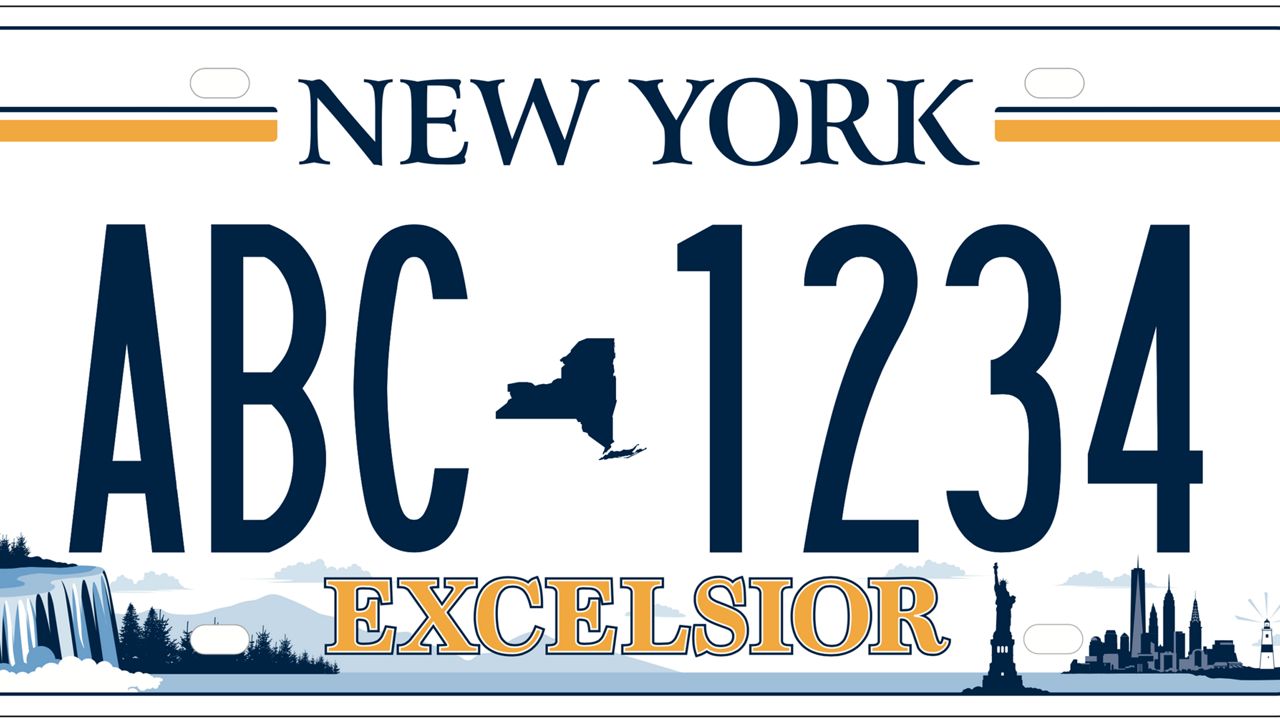 One of the proposed designs for the future New York license plate. Image courtesy of the state of New York.

Say so long to the blue and gold — the state's license plate is getting a makeover and New Yorkers will help to decide what it will look like.

Gov. Andrew Cuomo's office on Monday released five potential redesigns, including one featuring the Mario M. Cuomo Bridge, the bridge he pushed to name after his father. He asked New Yorkers to vote for their favorite. But some drivers we spoke to asked, "New license plates, again?"

"Anything that we have to pay for, new anything, in New York City, I think is wrong," one motorist said. "We just changed them a few years ago."

Actually, plates with the current Empire Gold design were introduced back in 2010, but with a 10-year phase in, so some drivers are still waiting for them. Those motorists are still driving with the even older white-and-blue design plates which were introduced in 2001.

"Given the fact that we've got cashless tolling now, and more and more license plate readers being used for security, it makes sense that the plates are as legible as possible," Sinclair said.

The new plate will feature blue lettering on a white backdrop. Of the five proposed redesigns, three prominently feature the Statue of Liberty and a fourth features state landmarks including the statue. Those four all share another feature:

"We've got Excelsior! Many plates have a little state motto or something," Sinclair said.

'Excelsior," the New York State motto, is latin for "upward."

But some early reviews on social media were not so kind to the proposed redesigns.

The traditional simple license plate is an American design icon. These are far from it.

The new plates will hit the road April 2020, and at that time, the DMV will stop issuing the Empire Gold plates.

Drivers renewing their vehicle registrations will get the new plates if their existing tags are at least 10 years old.

New Yorkers can vote for their favorite design at ny.gov, through Labor Day.