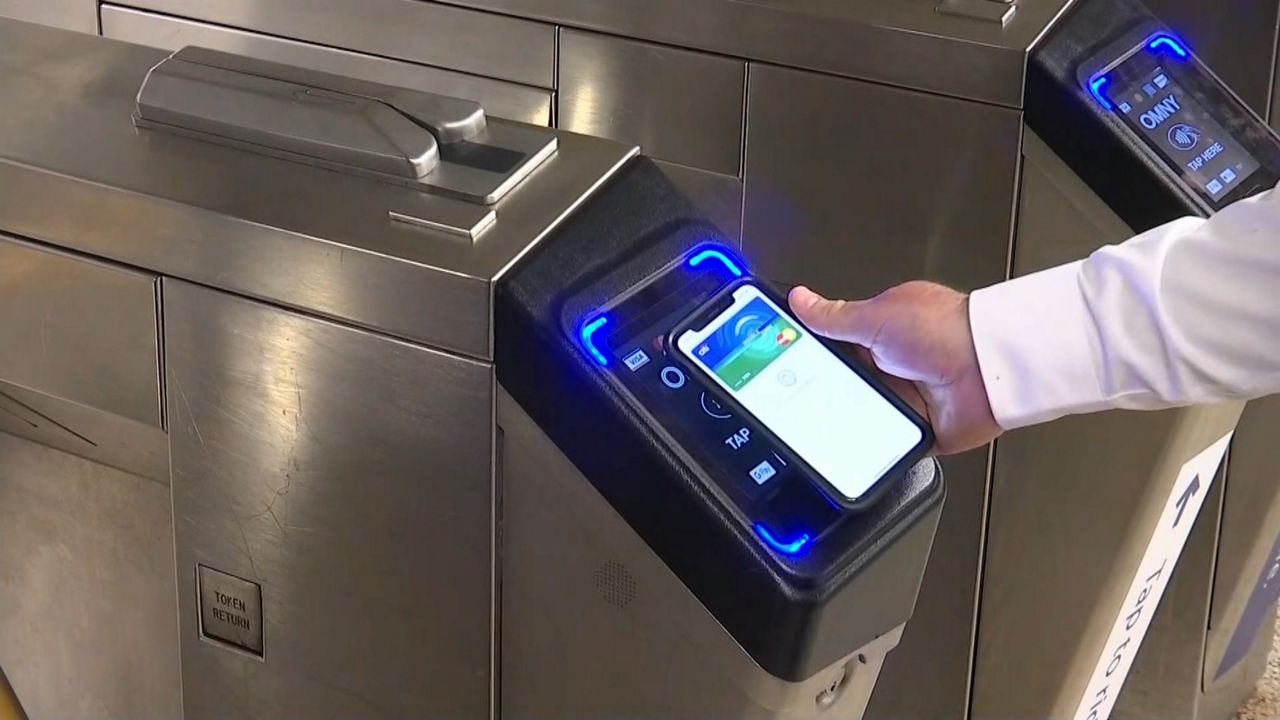 A milestone for the MTA's new tap-and-go fare payment system known as OMNY, short for One Metro New York.

According to the MTA, that's three to four times more taps by early August than it projected when it rolled out the new system May 31.

"The fact we've gotten to the millionth tap so quickly affirms the acceptance by our customers, who find it unbelievably convenient," MTA Chairman Pat Foye said.

The OMNY system, which will eventually replace the MetroCard, lets riders pay the fare by tapping a smartphone or smart device - or debit and credit cards with a WiFi symbol - at special readers installed on turnstiles and certain buses.

For now, the system is limited to the 4, 5, 6 lines, from Atlantic Avenue in Brooklyn to Grand Central Station in Midtown, and on all Staten Island buses.

Still, OMNY wracks up 22,000 taps a day, with 80 percent from so-called "digital wallets" on smart devices.

Over the next year, riders will see more of these tap-and-go devices as the MTA installs them across the system, with a focus on busy subway stops and bus routes.

"We have some flexibility. I don't think we want to necessarily just do a line by line rollout. I think we want to hit some of our heaviest stations so we get the most usage and transfer points," said Al Putre, director of the OMNY fare payment program.

"I was kind of thinking, 'Oh, would there be a delay? Would it be a problem?' But it just seemed to work very seamlessly," said a first-time tapper. "So far, I'm liking it."

OMNY has even caught the attention of MetroCard loyalists.

"I'm used to using a MetroCard. I'm not too sure about using any tap method yet, but it's the future, so can't wait to see what they can pull off with it," a rider said.

For riders without smartphones or credit cards, the MTA plans to issue a fare card that can be read by OMNY. That rollout is planned in two years, well ahead of the final MetroCard swipe, which is scheduled for 2023.

TLC Votes to Extend Cap on Ride-Hailing App Vehicles, How Long They Can Cruise Without Passengers

Times Square Shuttle to Get Upgrade After a Century of Service