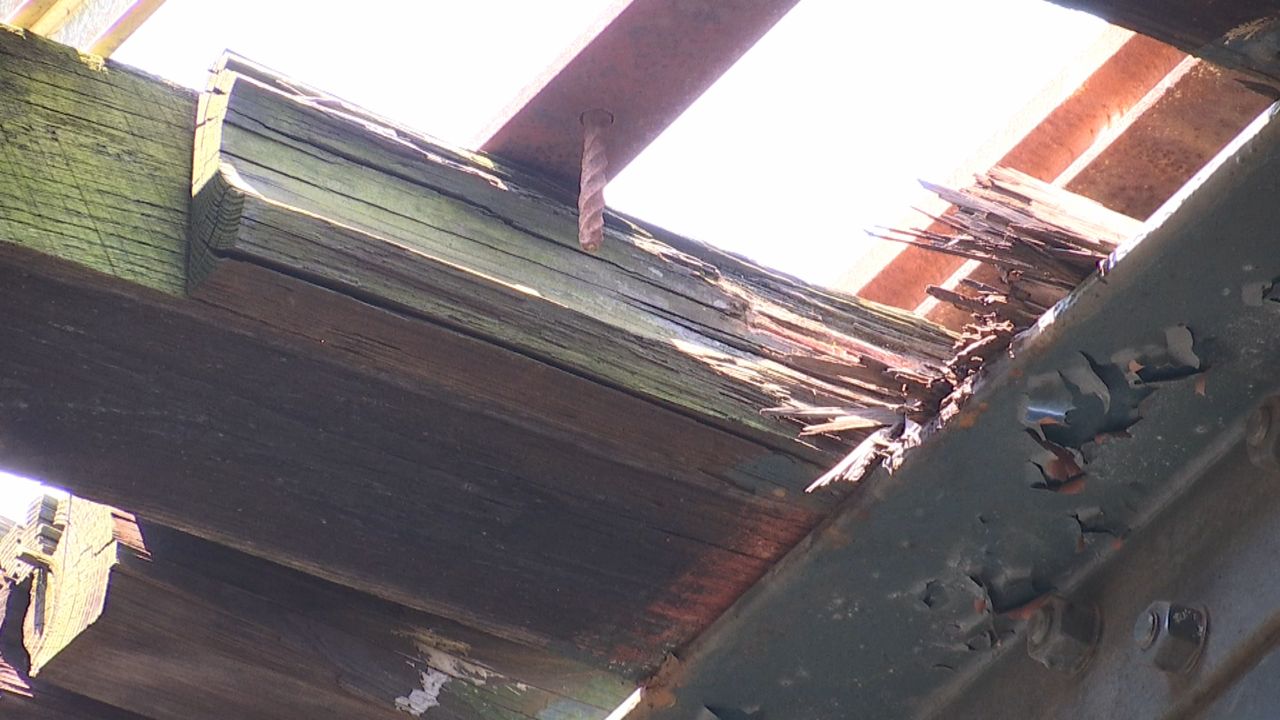 Cracked, splintered, rotting — that's the condition of track ties, the wooden blocks that hold rails together, on an elevated stretch of the B and Q lines in Brighton Beach, Brooklyn.

It also poses a hazard. Pieces of an apparently rotted wooden tie fell onto Brighton Beach Avenue shortly after 4 a.m. on June 14. Fortunately, no one was injured.

MTA Spokesman Shams Tarek called it a serious incident and said the agency was starting disciplinary proceedings against the workers responsible for inspecting the track. The spokesman did not identify the workers or their job titles. The MTA's chairman says he's referring the matter to the MTA inspector general.

The rail ties were supposed to be visually inspected by track workers, and then by supervisors.

Michael Carrube, president of the Subway Surface Supervisors Association, the union that represents track supervisors, says supervisors have been raising flags about the rot at the location for years, detailed in reports obtained by NY1. But, he said, managers up the chain did not act on them.

"In this particular case — and I'm sure there's many, many others that they didn't do — they should have came out here and check this," Carrube said. "They did not."

A database of inspection reports shows a May 2017 inspection that warned of "danger of debris from deteriorating ties striking pedestrians/vehicles."

Another inspection report, from June 4 of this year, said "rotten ties presents a hazard of falling to the street."

The MTA says the last inspection here took place June 6, eight days before pieces of the tie came raining down.

If you cross Brighton Beach Avenue and stop to look up, you'll see the critical pieces of track infrastructure, held up with a common zip tie.

"Me and my child walking around here, if it would be us, God forbid, that would be very dangerous," one Brighton Beach resident said.

The problem on the stretch of the B and Q follows similar problems on the 7 line in Queens, where metal and wood fell to the street several times this year.

The MTA says work to replace 700 feet of rail track along this stretch will begin Monday.