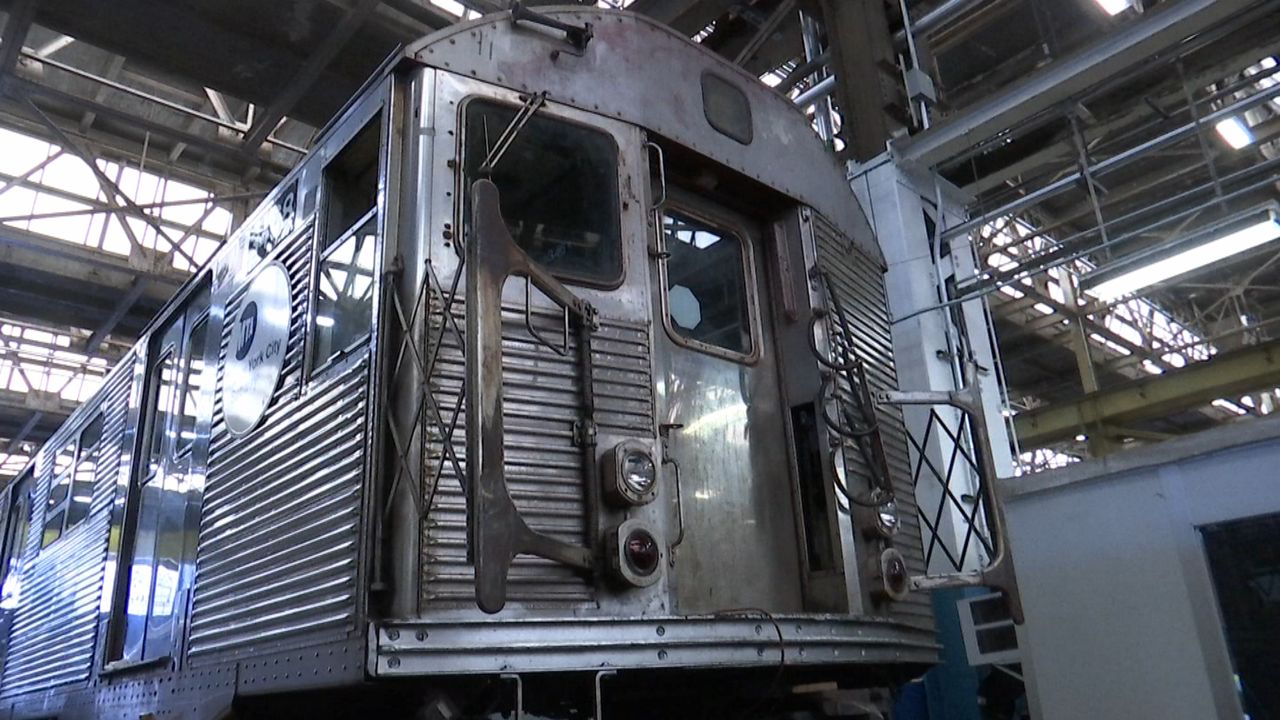 The Brightliners — officially, the R32s — have had a rough life underneath New York's streets.

They're the oldest of the old, carrying straphangers for an astounding 55 years and counting. They were supposed to have shelf lives of 35 years.

"They have a bad reputation, sometimes, because they're old," Robert Martzinek, assistant chief mechanical officer of subways at the MTA. "But they actually are a very good running car for their age."

Born in 1964, when the World's Fair was in Queens, Lyndon B. Johnson was in the White House, and the MTA itself wasn't even around.

Now, they're living artifacts. Only 222 are left, some of the oldest subway cars in the world.

The MTA invited NY1 for a tour of the 207th Street maintenance shop to see the TLC it takes to keep these trains running.

They're inspected every two to three months, when workers get deep inside the machines. Every 12 years, they are essentially stripped down and reassembled.

"It's a little bit a both: a challenge and a pleasure. One, to make sure they're in good working condition to be sent into service," said Eison Suarez, a maintenance supervisor at the shop. "It's a good feeling at the end of the day."

There are 160 employees at the shop dedicated to fixing the newest and the eldest cars in the MTA's fleet. Each day they inspect, service, and clean 23 trains for passengers on the A and C lines.

While the MTA gets credit for keeping the R32s going, their continued use also reflects the MTA's failure to adequately modernize. The trains leave a lot to be desired for commuters who have to ride them.

"It's like bumpy, like clickety clack, like it's real bumpy, whereas the new ones are more smoother, more sleek, and I think more time-efficient," said rider Alexis Foote.

As old as they are, they still have cachet. They've appeared on the big screen, like in a classic scene from 1971's The French Connection. This fall, you can catch them starring in Joker.

The MTA has been pushing off retirement of these old cars for more than a decade now, partly because of delays in their last order of cars. But now, the Brightliners are finally set to leave the tracks in 2022.