A look inside a portion of a train that decoupled near Albany on Wednesday night. Amtrak said the car separated from the rest of the train, which was headed for New York's Penn Station, because of a "mechanical issue" before passengers had to be rescued and transferred to another train. Photos courtesy of Twitter users manchuck, a passenger, and Pixie_Rose, who said her son was on the train.

Amtrak: Portion of Train Bound for NYC Detaches Near Albany

A portion of an Amtrak train headed for New York City separated from the rest of the train near Albany, the agency said, leaving passengers in the car stranded on the tracks for a few hours on the night before Thanksgiving.

"I turned around and looked and the rest of the train was gone," passenger Chuck Reeves told NY1 in a phone interview.

Amtrak officials said two of cars of the 68 Adirondack train, which was traveling to Penn Station in Manhattan from Montreal, separated because of a "mechanical issue" shortly before 7:25 p.m. about 10 minutes south of the Albany-Rensselaer station.

Amtrak said no injuries were reported to the 287 passengers or crew, and the passengers were transferred to a new train so they could continue their trip shortly before 10 p.m.

Amtrak said it was investigating why the cars separated.

I'm on an #amtrak train going down to NYC for Thanksgiving. About ten minutes out of Albany, heard a pop smelled electrical burning and felt a rush of cold air. Turned around and looked back and saw the rat of the train is missing pic.twitter.com/6nPhft2qpn

@Amtrak My son just sent me this photo of the missing engine car on his train (#68). Basically the engine took off leaving the entire train and passengers behind. Is this how you get college kids home for the holidays? pic.twitter.com/s5hRnjYTgr

Reeves said he heard a pop and smelled "electrical burning" near Albany before he turned around to see the rest of the train had separated.

Reeves said the portions of the train were joined back together so passengers could board the other train: 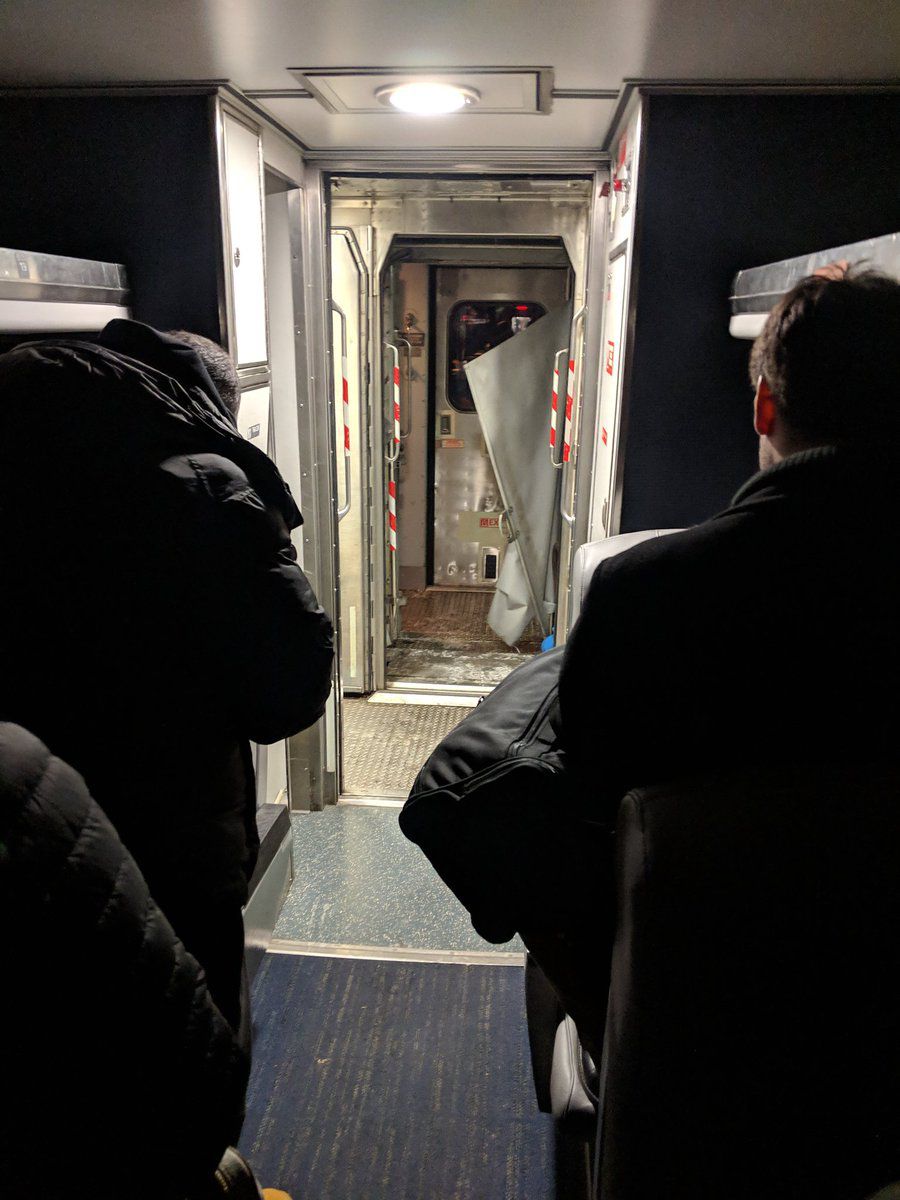 According to Amtrak, the train had been scheduled to arrive at Penn Station by 8:50 p.m.