LIVE UPDATESHow Coronavirus is Impacting New York
GET OUR NEW APPOur new Spectrum News app is the most convenient way to get the stories that matter to you. Download it here.
Watch at 7 p.m.Bronx borough president Democratic primary debate
Vaccine FAQHow to Get the COVID-19 Vaccine in NYC
Off Topic/On Politics PodcastWhy Scott Stringer says sexual misconduct allegations will not end his campaign
You Decide PodcastThe race for mayor: Dianne Morales has a progressive vision for New York
Crosstown PodcastWhat the Chauvin verdict means for New York

The city on Wednesday morning launched a new ferry connecting the Lower East Side to Long Island City, Queens.

WHAT IS THE FERRY ROUTE? 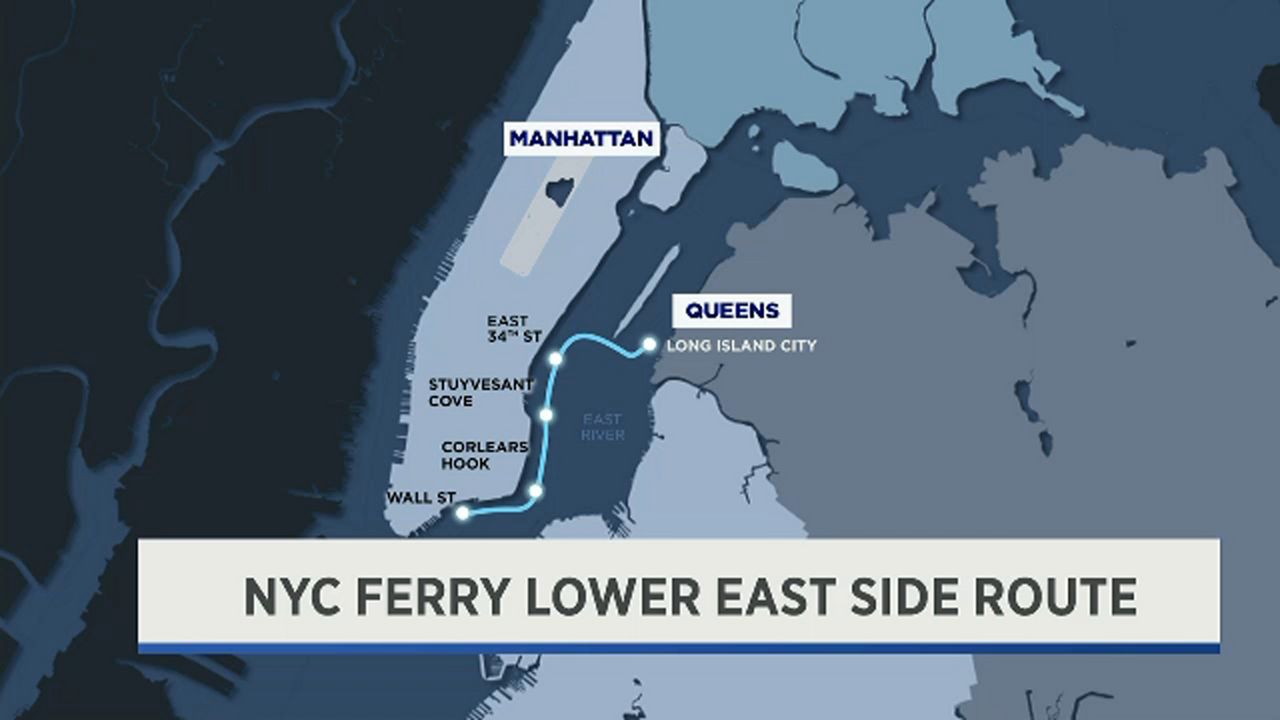 To check out the schedules, go to ferry.nyc

HOW LONG IS THE FERRY RIDE?

The newest NYC Ferry route made its maiden voyage, steaming along the East River between western Queens and Wall Street, in about 34 minutes. The route is slated to run every 25 minutes during peak hours.

"If you live along the water, usually getting somewhere means walking 10, 20 minutes to a subway," commuter Carl Bialk said.

WHAT IS THE FARE?

A ride costs $2.75, the same as a bus or subway trip. But you cannot transfer for free to the transit system, and MetroCards are not accepted on the boats. A monthly pass goes for $121.

Children under 3 feet, 8 inches tall can ride for free.

IS THIS THE FINAL NYC FERRY ROUTE?

It is the last of six routes that have been rolled in the last 16 months, but the city plans to conduct a study to determine whether it's worth expanding ferry service. Mayor Bill de Blasio plans to have an announcement on that out by the end of the year.

The mayor says NYC Ferry has since its launch carried about six million people, which is about what the subway system carries in a busy weekday.