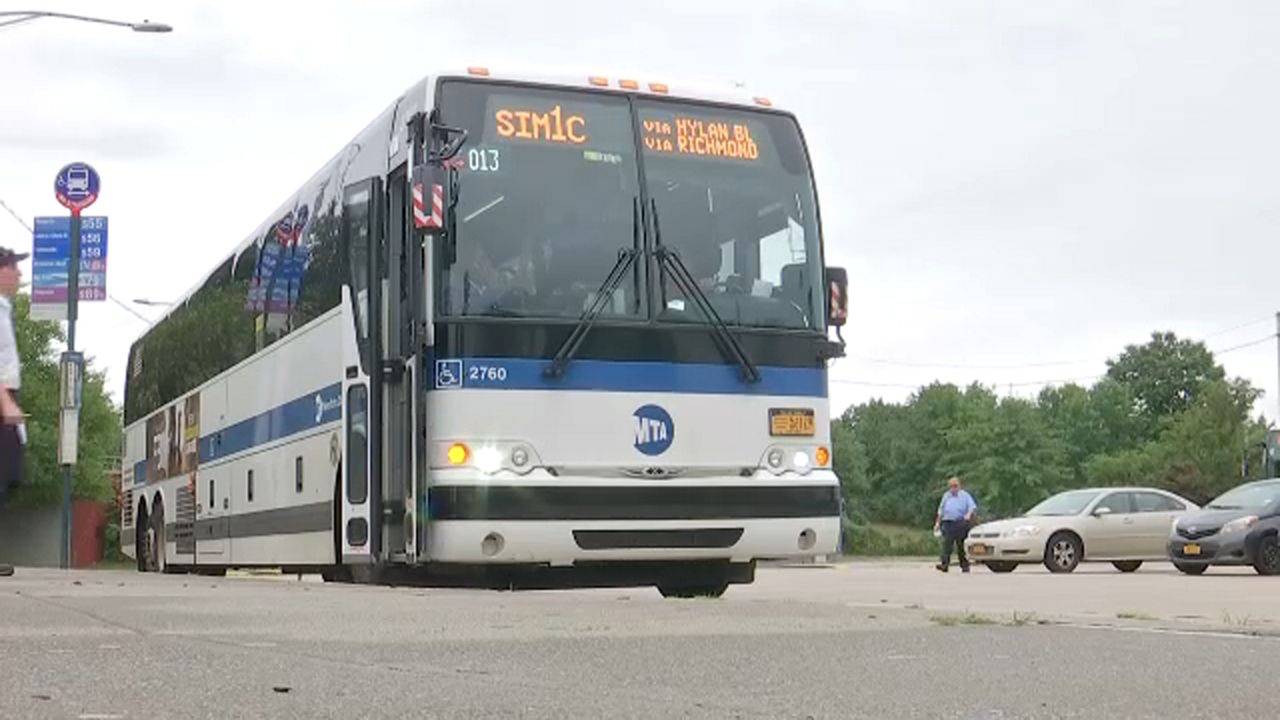 After years of planning, the MTA on Sunday rolled out Staten Island's redesigned Express Bus network in an effort to shorten the length of commutes between the borough and Manhattan.

"We've heard for a long time that Islanders want a more direct network," New York City Transit President Andy Byford said at an information session at Eltingville Transit Center. "They don't like the fact that in the past that the buses have gone on this rather [circular] tour of the Island before they even get over to Manhattan. 27 stops before you leave the Island.

More than a dozen routes between Staten Island and Manhattan have been redesigned and renamed SIM buses.

MTA officials said the redesigns, which come after a three-year study of Staten Island's 50-year-old Express Bus network, will streamline transit for the 36,000 people who travel between the boroughs every day.

Transit officials say 72 percent of customers will continue to use the same bus stop.

But for those changing course, the new stops will be a five-minute walk from the old ones, according to the MTA.

Visit the MTA's website for more information on the new routes.

How's your commute on the new SIM routes? Connect with using the hashtag #NY1Commute.